On Sunday, 13th May, 1787, eleven vessels of the First Fleet left the Solent, on a eight-month voyage to Botany Bay. The ships would arrive in mid-January, 1788 (just beating the French expedition of Jean-François de Galaup La Pérouse). It comprised the transports:
The commander of the First Fleet, and nominated as first Governor of New South Wales, was Captain Arthur Phillip. His flag-ship was HMS Sirius, itself a vessel of some history: it had been built as an East Indiaman, had burned to the waterline while being fitted out, had been bought by the Admiralty as a storeship (the Berwick) for the North America run, and had been reconstructed as a 20-gun man-of-war for the Botany Bay expedition.
Phillip was another anomaly:
The double-appointment of Phillip meant a special exception for a second captain on the Sirius. This was the Scot, John Hunter.

Since the expedition would need to be self-sufficient, there were three further store-ships carrying tools, equipment, and two years' provisions: Fishbourne; Golden Grove; and Borrowdale.

There was an escort-vessel, a small brig of just 170 tons burden, the HMS Supply, commanded by Lieutenant Ball.

I'm offering this up in the hope that others may engage to pursue this story. We could address a number of sub-topics:

Apology, and revision ... and consequent drivel

It is the nature of "history" and historiography that there is always another source lurking to upset previously-fixed opinion. So, after posting that, above, I found myself reviewing what I'd suggested about Arthur Phillip.

On the basis of what I since have read, I could have simply and covertly amended that bullet-list of Phillip's record, before 1787, thus proving what a bright guy I am.

No: better to put up this alternative, fuller, and (I hope) more complete version, which proves just how dubious were my earlier assertions:
O.K., all? Sorry for any misdirections.

* In the course of all that, I found Captain Charles Holmes Everitt. Who was captain of the frigate, HMS Solebay, sunk off Nevis (25th January, 1782) in an engagement with the French. First a prisoner of the Revolutionaries in New York, then exchanged for Abraham Whipple, Everett returned to Britain and married Pollexfen Clamady in 1783 and took her surname to become Admiral Charles Holmes Everitt Calmady.

If so, that raises two further lines of enquiry.

Is "Charles Holmes Everett" then any connection to the Calmady children, featured by Laurence's 1823 portrait (perhaps better known as "Nature"): 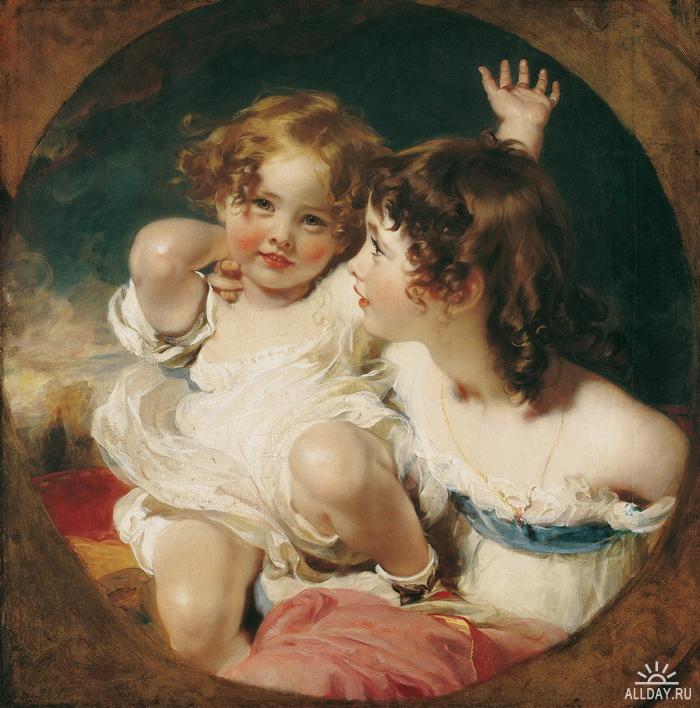 Polluxfen? Any relation to Susan Pollexfen, better recognised in these bourns as the mother of W.B.Yeats?

The 'free state' govt should apologise to Australian Govt for what Ned Kelly done and the lads from the Catalpa.

Tir Eoghain said:
The 'free state' govt should apologise to Australian Govt for what Ned Kelly done and the lads from the Catalpa.

You should apologise for being an illiterate halfwit.

The poor women, 89 male convicts and 20 females, it doesn't bear thinking about.

8 months at sea in leaky old wooden tubs
Wind turbines are rotating without being connected to the grid...with diesel fuel to prevent them from rusting.
You must log in or register to reply here.
Share:
Facebook Twitter Email