raetsel said:
Wtf has that to do with this case?
Click to expand...

The culture of secrecy has allowed and allows corruption to fester. Fresh air and sunlight (speaking figuratively here for a free press) are the best disinfectants.
Ireland's institutions don't seem capable of reform, but the one thing that forces reform on them is the glare of the media.

raetsel said:
Or this? It's called the PSNI, not MI5, by the way.
Click to expand...

It is comedown for the Garda siochana to have to call in an outsider to initiate reform.

And you're off again making false assumptions. I have to admit that I have a fairly poor grip of Irish (I did Ulster Irish at school by the way - whatever civil servants in the south speak I have no idea) and I wouldn't know how to find the local "cuman", whatever that is. I rarely buy newspapers anymore and wouldn't be seen dead with the Independent titles.

Anonymity for child criminals is a long established and accepted principle and the idea that it is just being used to prevent the media from "revealing" that the murderers are of overseas origin, is bats.
Click to expand...

Not that long established as the Jamie Bolger case shows.
Strange that someone should come out with an observation like that. There are hundreds of examples where the media and institutions make eejits of themselves trying to conceal that a suspect is a foreign national. It's got to the stage where if no description is given of the accused that it's a safe assumption that he is a foreign national . One Garda press-release announced that they were looking for a "tanned gentleman" in relation to a molestation suspect.
As regards anonymity for child criminals, it's one of those social experiments. Like most social policies it has its good sides and bad sides. It might be good and might work for children and minor crimes. In this case it doesn't seem to be working:
One family has moved already, they say due to anonymous threats.
One or more poor unfortunate teen was falsely identified on social media as being one of the accused.
The only person in Lucan or Leixlip (or perhaps half of Dublin) who doesn't know about it must be deaf, blind or both.
Some journo on Cork radio mistakenly revealed one of the names.
In my own belief, I'm of the view that withholding information about a crime like this is disruptive of the justice system. I can easily imagine that Boy B did not actually know the full extent of Boy A's plans. It's fully conceivable that he new that boy A wanted to have sex with Ana, but did not know that of his plans to rape and murder her. His continuous lying? That could be explained if his parents were advising him -- admittedly with disastrous results.
In my own personal view this anonymity ruling is steering the place towards some place such as North Korea. "Child raped, tortured murdered?" Nothing to see here, move on. But, again in my own personal view its part of one long continuation of the institutions of Ireland to maintain their mania for secrecy, whether it's the cruelty of the industrial schools, the selling of unmarried mothers' babies overseas, or the sexual attacks of the clerical abusers. What we should have is an open society.
But if the judiciary would just get a move on, this whole thing would simply die down and the next item will fill the airways.
Someone should make a movie about this place.

On boy B's guilt or innocence, I'm simply going on the media reports -- especially his defence lawyer.
Well with the case being held "in camera" i.e. secrecy to protect the identity of minors, that's all I or most of us here can go on...
But I note that an Garda Síochana seemed to allow the pair of them a free run of the place before inviting them into the station to be arrested (yes!), it could be that there was much method in their tardiness.
The guards seem to have been very professional in handling this case. It could very well be that they had the two accused under close surveillance during their last days of freedom. And whatever they found it, it persuaded them put boy B through the series of interviews.
As one journo put it, it's one thing to be sure of something, it's another thing entirely to be able to prove it in court.
Someone should make a movie about this place.

The family character witnesses for boy A were interesting. Lots of high praise. But if I was a judge I'd be thinking, OK, so if he's so nice and clever, he was also clever enough to plan and carry out this brutal murder, and then lie to everyone.

100 years would hardly be enough. You don't want someone like that on the loose.
McTell tCurrently, I am missing certain information. That has been requested and will be added as soon as it is available available availableavailable

The family character witnesses for boy A were interesting. Lots of high praise. But if I was a judge I'd be thinking, OK, so if he's so nice and clever, he was also clever enough to plan and carry out this brutal murder, and then lie to everyone.

100 years would hardly be enough. You don't want someone like that on the loose.
Click to expand...

This is Ireland, the boys are middle class, Christian. They will get 10 years each. With reviews.
For all we know they could be living near to the Solicitor's or Judges. I think 10 years and being on the Sex offenders list after is probably about right. No review though.
Lets keep Dublin litter free- Coinnigh Atha Cliatha glán
O

I've wondered if B's legal strategy was dictated by the father, and backfired spectacularly, where at almost any point, had he fessed up to what actually happened rather than pursue the Bart Simpson approach, the consequences might not be as severe for him. Total speculation on my part, but the fact he is still not accepting the jury's decision, suggests what actually happened was different from the many different versions of events that he provided. If so, it's a valuable life lesson for other kids. It's an old fashioned view really, but when you're in trouble, the sooner you come clean, the better it will be for you, almost always.

People put too much emphasis on character witnesses. I suspect they have limited effect.
P

The two little psychos still haven't come clean. Gardai still don't know how or why. Has to be tough for family of victim. Until they fess up properly, the grandfather should be told to stick his character reference It's adding insult to injury

Have they been sentenced yet?
"You think thats bad,theres one lunatic that posts on there 40-50 times a day..He's alone..in bad company!
D

The boy referred to in court as Boy A has been sentenced to life in detention, but his sentence will be reviewed in 12 years.

His co-accused, referred to as Boy B, has been sentenced to 15 years for his part in the murder but his sentence will be reviewed after eight years. 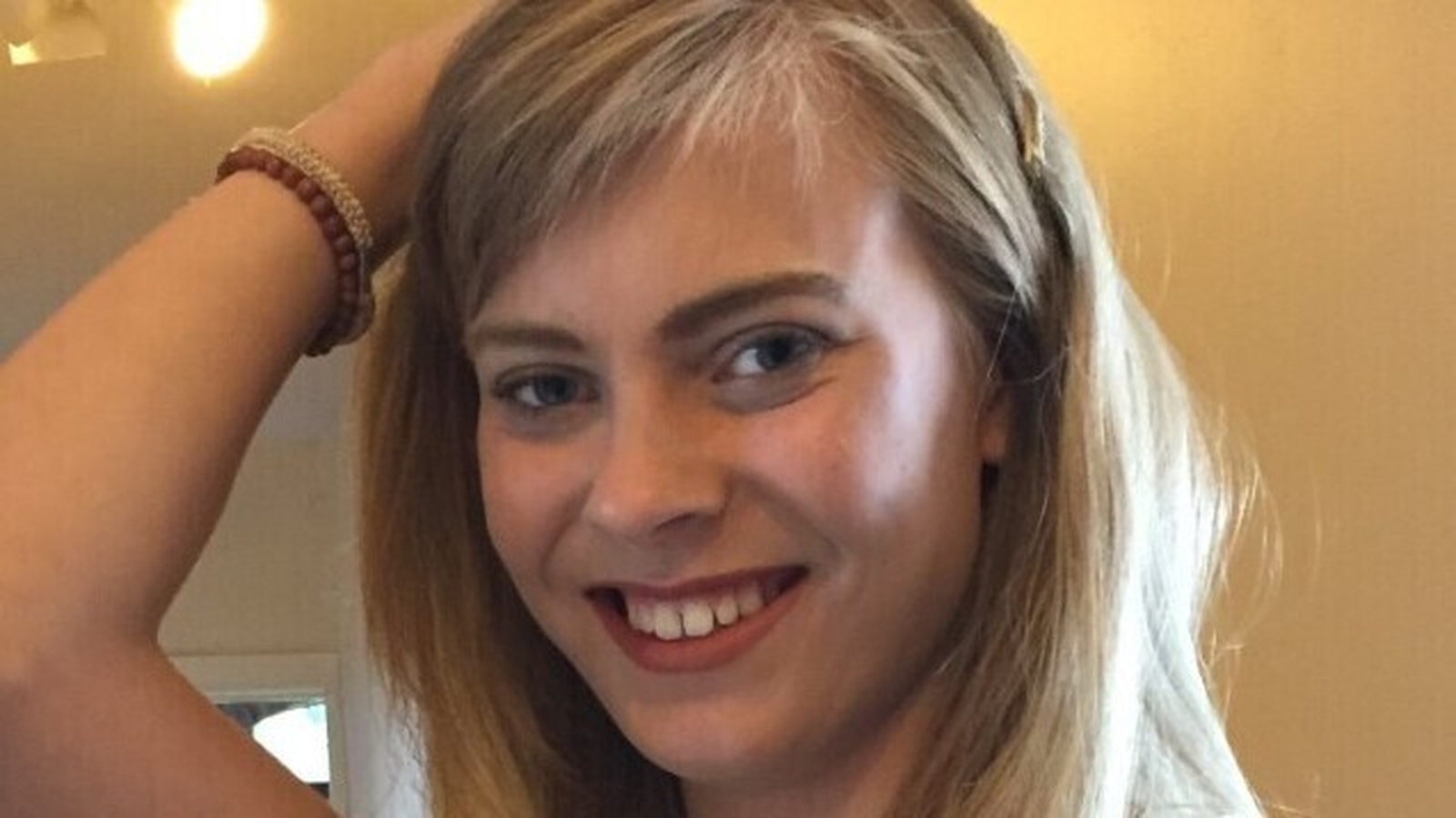 Two teenage boys have been sentenced for the murder of 14-year-old Ana Kriégel last year, Boy A is to be detained for life and Boy B for 15 years, both subject to review.

www.rte.ie
We appreciate the move by the Government today and remind ourselves that it is a bail-out by taxpayers for the banks. Pearse Doherty

Pretty much what adults would get.
and he would have been right if the amounts were correct

PBP voter said:
The boy referred to in court as Boy A has been sentenced to life in detention, but his sentence will be reviewed in 12 years.

His co-accused, referred to as Boy B, has been sentenced to 15 years for his part in the murder but his sentence will be reviewed after eight years.

Two teenage boys have been sentenced for the murder of 14-year-old Ana Kriégel last year, Boy A is to be detained for life and Boy B for 15 years, both subject to review.

No remorse, no explanation, see the details of what they did to her? Fk em

Unrepentant children.
and he would have been right if the amounts were correct

I have always operated on the basis that the Majority of the Community must be protected. In a case like this. The sentencing process should be straight forward. Life for both defendants with no prospect of parole for at least 20 years. After 20 years, the defendants have a right to apply for parole, but the onus is heavily weighted on them to prove beyond the standards of reasonable doubt, that they will not re-offend criminally in the future before they can be released back in to Society.
I will not look at Katie Hannons legs if she dances..::
P

I see Boy A got 12 years for aggravated sexual assault ie rape with torture to run concurrently not consecutively with the murder sentence.

In other words, he got a free rape.