“Sinn Fein sends a mixed message to the next generation. From one side of their mouth they say ‘bombers in 2019 are bad” but at the same time speak from the other side to say “bombers in 1972 were good”.

"Their eulogies of people who believed in, and in some cases were convicted of, terrorism stands in stark contrast to the dignity of innocent victims who lost loved ones as a result of bombs and bullets,"

"Whilst Martina Anderson danced in Strabane to celebrate republican terrorism, what thought was given to the family of five-month old Alan Jack? He was killed by a PIRA bomb in those same streets in 1972. 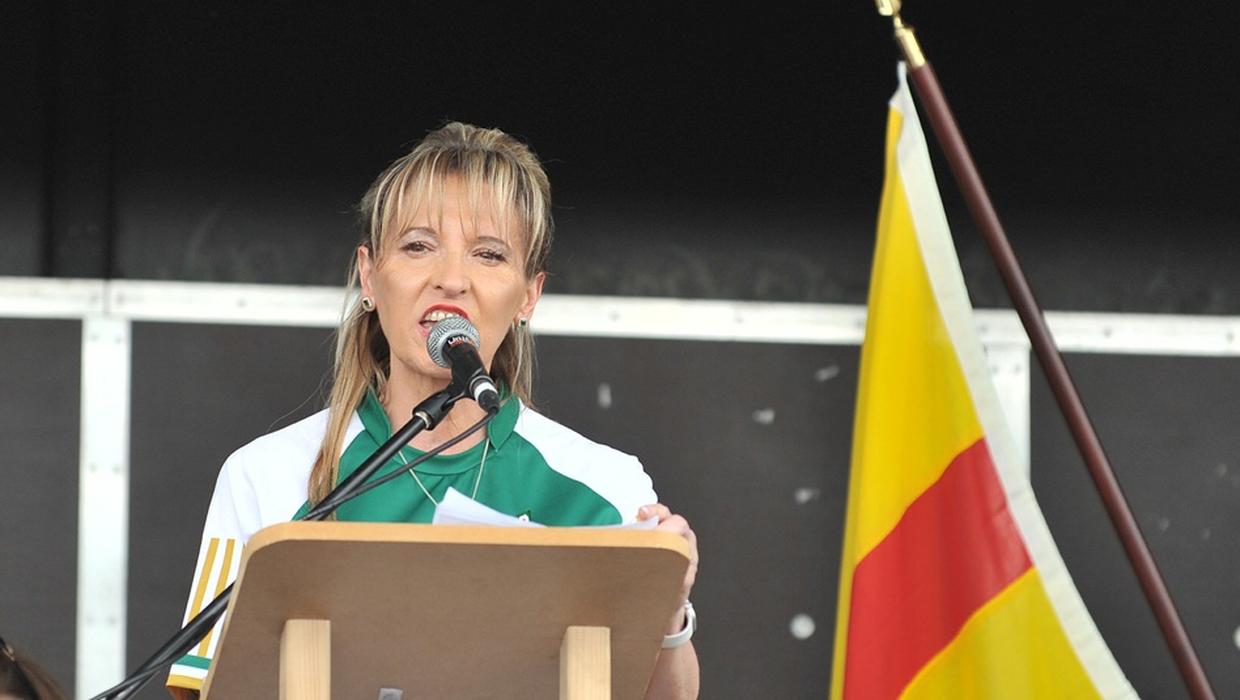 The UUP MLA Doug Beattie has said that Sinn Fein will not lead Northern Ireland backwards after the Sinn Fein MEP Martina Anderson said the British government's days in Ireland "are numbered".

“For her to shout ‘Tiocfaidh ar la’, no matter what she thought she meant, the reality is that is the words of the Provisional IRA, which butchered men, women and children.

“So for her to scream that out, she is spitting in the face of victims, and she must have known that. 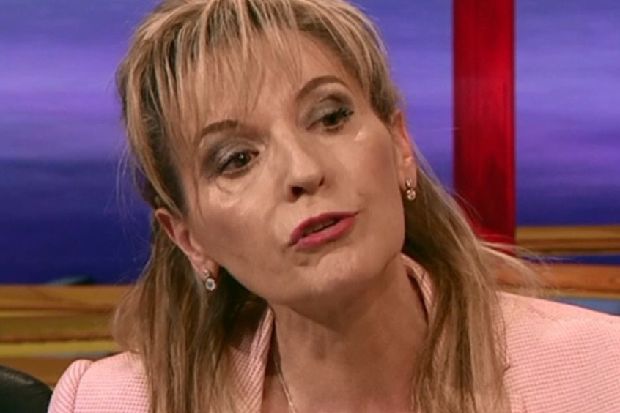 A unionist politician has accused Sinn Fein MEP Martina Anderson of “spitting in the faces of victims” after she shouted ‘Tiocfaidh ar la’ during a republican demonstration. 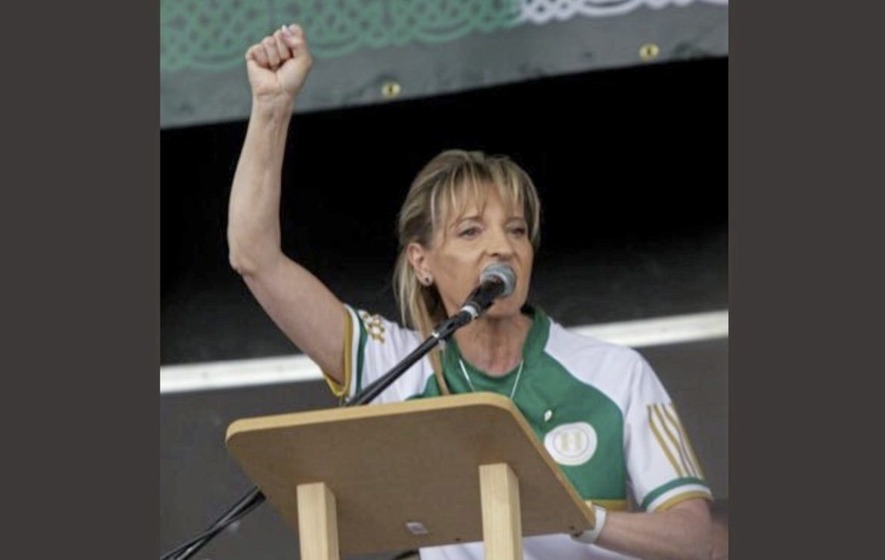 Tbf the GaaRa h-Block top is a vast improvement on the dinner plates... 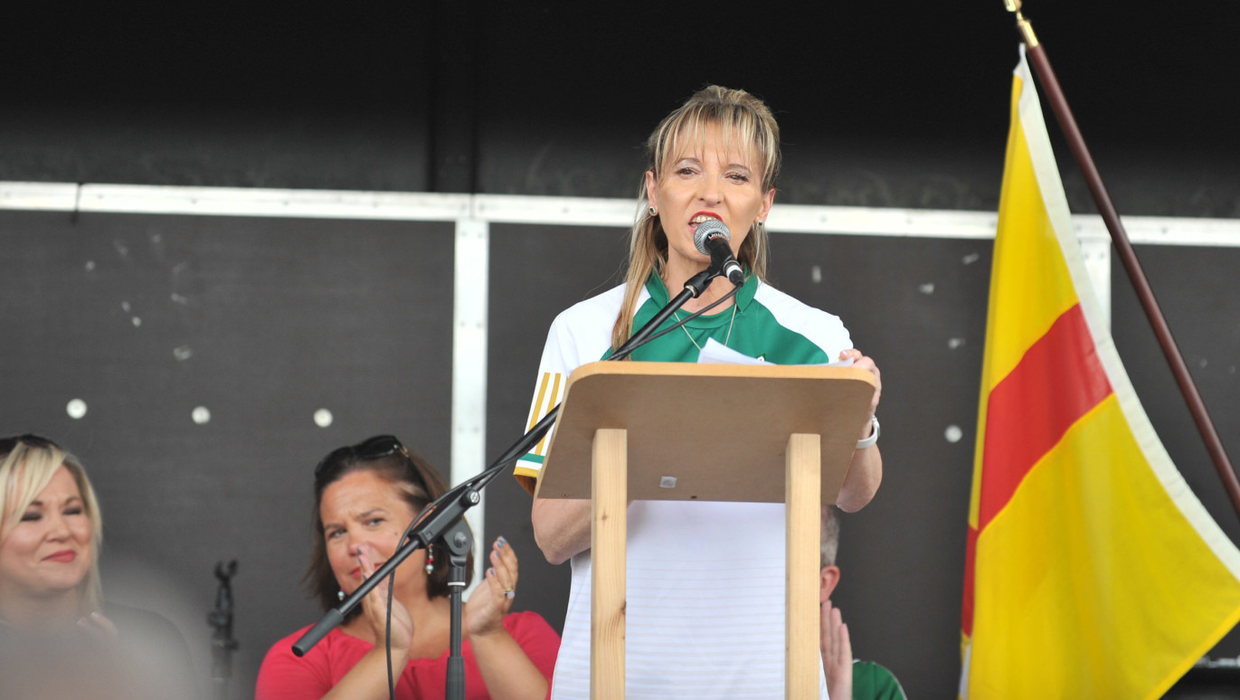 Eilis O'Hanlon: Did hunger strikers really starve themselves to death so that Martina Anderson could, decades later, call herself a political prisoner?

If Sinn Fein leader Mary Lou McDonald had told a republican rally at the weekend that Britain's days in Northern Ireland were "numbered", one could have put it down to an excess of that juvenile enthusiasm from which republicans south of the border tend to suffer whenever they pop north. It's...

Do you need a hug? SF doing something without bringing unionism into it?

BtB is such a sensitive soul. Real life snowflake.

That is the benefits culture writ large.

"our day will come"

Does it scare you?
G

This is the crux of where the Marxists of old are at today.
Post modernism has taken over where marxism has been played out... in Sinn Fein.
Post Modernism is using any means to gain power.
Sinn Fein today, are all things to all people.
They will jump on any bandwagon to get votes. This is why they can be seen to be unprincipled whores.
That's not to say, their worse than any other political party. Yet they are not the Sinn Fein party pre the Adams era..
In many ways today the working class areas have been abandoned by Sinn Fein, due to the pursuit of power by careerists within, who weren't around during the War/hard times.
Martina might be wheeled out now and again, to give the War sound bites of old, to please the blind followers.
Yet anyone with a titter of wit, see it as the shallow self serving nonsense it is.
Pride comes before a fall... Watch this space..
No doubt Martina and Raymond Mc Cartney singing from the same hyhm sheet, when bullying Kevin Lynch's RIP family. These people, Sinn Fein, are parasitical leeches.... wishing to have total control/power over communities.
No free thought or questioning allowed.
Last edited: Aug 8, 2019

Certain Sinn Fein politicians need to dial down the rhetoric and consign the mantra and mindset of ‘Brits Out’ to the bin. Shrieking “Tiocfaidh ar la” from a platform in Strabane will do nothing to promote reconciliation or respect .It won’t help create any jobs or attract any investment. It will not help reduce our hospital waiting lists or tackle the crisis in our children’s education system.

Sinn Fein have no right to call for anybody to be sent ‘home’. The fact is that unionists are already home. This is the only home we have ever known and we aren’t leaving it. 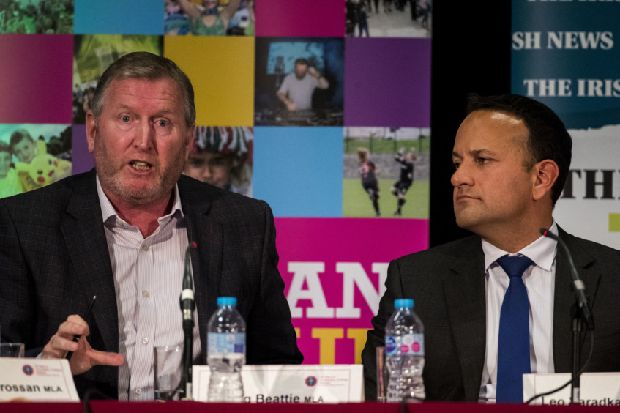 Doug Beattie: Sinn Fein must dial down rhetoric and consign ‘Brits Out’ mindset to bin

On Tuesday night I took part in what was termed ‘The Leaders’ Debate’ St Mary’s College on the Falls Road in west Belfast.

McSlaggart said:
"our day will come"

Seeing that ugly witch ranting at a dishevelled rabble ?

It's hilarious, not scarey.

More to be pitied.

It's hilarious, not scarey.

Thanks for you view of Strabane republicans.
N

McSlaggart said:
Thanks for you view of Strabane republicans.
Click to expand...

Oh I don't think they were all from Strabane.

Newrybhoy said:
Oh I don't think they were all from Strabane.
Click to expand...

I have said before on this thread that I often use Lifford cinema.

We know Arline is from Fermanagh.
N

McSlaggart said:
We know Arline is from Fermanagh.
Click to expand...

I'm sure that has relevance to the parade of benefits scroungers we are talking about.

Newrybhoy said:
I'm sure that has relevance to the parade of benefits scroungers we are talking about.
Click to expand...

Always with the deflection.

Own your people.
M

Newrybhoy said:
Always with the deflection.

Says the guy who claims the PM of Britain has a mandate.

That's another post of yours nominated for funniest of 2019, don't forget, winner announced in early January.
G

Sinn Féin's strategy towards a united Ireland is as disastrous as it has ever been. What Alliance-leaning Unionist will be enticed by this type of behaviour? The SDLP "agreed Ireland" is the only game in town, and has been since the 1980s.
You must log in or register to reply here.
Share:
Facebook Twitter Email