I find he has a wikipedia entry.

And a significant Irish connection:

In 1828 his tours took him to Ireland, notably to the seat of Daniel O'Connell in Kerry.
Click to expand...

That is hot-linked to Limerick Life, and a piece from the Limerick Evening Post of 23 September 1828:

His Highness Prince Puckler Muskua, now on a tour through Ireland, arrived at Moriarty’s Hotel, Limerick, on Saturday last. The following day and yesterday, he visited all the public Institutions, and the different places of worship. He also went to see the stone upon which the memorable Treaty of Limerick had been signed. The Prince is a relative of the Bonaparte family, and a Major-General in the Prussian service. His sentiments are well known to coincide with every principle of freedom.

Several Members of the Limerick Independent Club, and of the Order of Liberators, were introduced to him. He expressed, at the interview, his regret, that so fine, and in his own complimentary term, so great a people should be retarded from taking that station which they should, from the qualities they possessed, properly assume. A deputation from the Limerick Independent Club, waited on his Highness, yesterday, with a Card, conferring the privileges of an honorary Member of the Club, and also with an invitation to the public dinner to be give on Monday next to our distinguished Countrymen, Thomas Steele, and O’Gorman Mahon Esqrs. His Highness, after expressing his thanks, accepted the compliments – but the latter, conditionally, as he was at present going on to Kerry, it may be impossible for him to return. He, however, assured the deputation that he would endeavour to be present on an occasion from which he was certain of deriving so much gratification. His Highness left town yesterday on his way to Derinane-abbey, the seat of Mr. O’Connell, M.P.
Click to expand...

What we are missing here is why Prince Hermann was on his travels.

So, confession time: I had never heard of this hero until I came upon Leslie Mitchell, in the Literary Review, giving his approval: Parkomaniac at Large, Letters of a Dead Man.

This is Mitchell reaching the parts that wikipedia (and the Limerick Evening Post) failed to plumb:

In 1826, the prince faced bankruptcy. A self-styled ‘parkomaniac’, he had ruined himself by trying to turn several square miles of sand and pine forest in Muskau in Silesia into English parkland. In the process, he had gone through his own patrimony and his wife’s dowry. Something drastic was called for and a dramatic scheme was decided on. He and his adored wife, his ‘precious and constant one’, would divorce. Once free, the prince would set off for England to find a new, rich wife, who would be brought back to Muskau to live in harmony with the old one. It would be a very original variation on the ménage à trois.

He was to pursue his Dulcinea in England for just over two years. That country was chosen quite simply because it was the richest in Europe, and allegedly awash with heiresses. The prince openly admitted that his journey owed everything ‘to the profound respect we all have … for English money’. The wealth on display in the country, in his view, accounted for ‘the absurd reverence we grant to the very notion of an Englishman’. Even so, he had to accept the facts of economic life. So he dyed his hair, claimed to be a decade younger than he was and set off westwards.
Click to expand...

Apparently the English had his number, but all turned out for the best:

The prince heard and saw much to his advantage, but, alas, he found no new bride. Society’s efficient rumour mill branded him a fortune-hunter early on and, accordingly, the women of England took evasive action. Ironically, however, he had already sent home something just as valuable as an English dowry. Pückler-Muskau published his letters in 1830 and the book sold in thousands. For the moment, anyway, his financial position was assured. Muskau survived and is now a World Heritage site. Goethe and Heine both hailed the prince’s book as a new classic. They were probably right to do so. This splendid publication is an example of travel-writing at its best.
Click to expand...

The quotation on Ireland, though, is telling:

Outside London, the prince naturally felt more at home. Here the ‘parkomaniac’ was in his element, visiting numerous estates and offering his ex-wife detailed accounts of plantings and plantations. Here he could worship Capability Brown, the ‘Garden Shakespeare of England’. Here, too, life was slower, kinder and more relaxed. Only Ireland offered a terrible exception. Pückler-Muskau was savage in his condemnation of English behaviour there: ‘That is Ireland! Neglected or oppressed by the government, degraded by the stupid intolerance of the English priesthood, abandoned by the rich landowners, and stigmatized by poverty and the poison of whiskey.’ The prince predicted trouble. He also paid a visit to O’Connell and found him noble.
Click to expand...

I further discover, by googling, that this book was reviewed by Michael Dirda for the Washington Post. This adds a few more details of Pickler's English adventures:

En route to England, Pückler visits the aged Goethe in Weimar; in London, he dines with the great financier Nathan Rothschild; later, he flirts with the Duchess of St. Albans, a foundling raised by gypsies who slept her way to the top. He takes Lucie — and thus the modern reader — through the protocols of a high-society dinner, the proper tenue of an English dandy, the rude and murderous action of a “Punch and Judy” show and the rules of the Travellers Club. One day, he stays in to enjoy the latest bestseller, Jane Webb’s “The Mummy”; on another, a phrenologist reads Pückler’s character by palpating his skull. Fascinated by work on a Thames tunnel, the prince goes underwater in a diving bell to watch its progress. (One of Parshall’s fascinating notes reminds us that, when young, Pückler had already gone up in a balloon.) The adventurous German is naturally among the first to ride in a steam-powered mail carriage. [...]

Pückler’s search for a bride takes him all around Britain. He visits Warwick Castle, the gardens at Blenheim, a library in York and the factories of Birmingham. His “parkomania” leads him from one palatial estate to another. He describes a stuffed dodo in Oxford, the Chandos portrait of Shakespeare and a giraffe with soft, liquid eyes. On a trip to Wales, he pays his respects to the now elderly “Ladies of Llangollen,” the era’s most famous lesbian couple. In Ireland, he calls on the Catholic emancipationist Daniel O’Connell but there also encounters an enchanting African woman, with whom he begins to fall in love.
Click to expand...

I'm quite enthralled by all this. But $75/£56 causes me a sharp intake of breath.

So I'll be watching second-hand prices.

If anyone has experience of the book itself (especially further information on the "African lady" in Ireland, I'd be grateful of any comments.

Never heard of this man or the books. Sounds like an untersting read.
'The wall will go up and Mexico will start behaving.'

ne0ica said:
Never heard of this man or the books. Sounds like an untersting read.
Click to expand...

If you have ever been to the freezer section of a German supermarket you would have heard of him (Neapolitan ice cream by another name) : 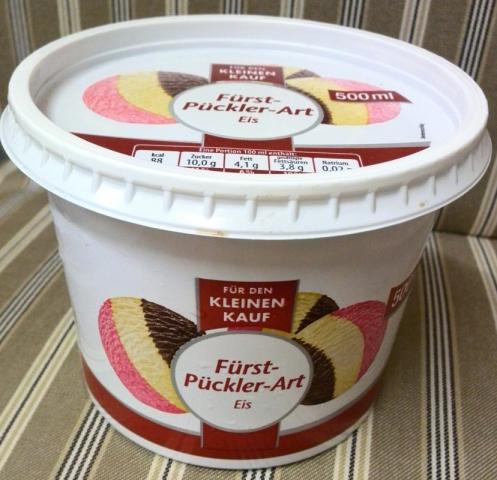 “I'd rather be fried alive and eaten by Mexicans.”

He should've gone to Lisdoonvarna.
“I may not agree with you, but I will defend to the death your right to make an ass of yourself.”

ne0ica said:
Never heard of this man or the books. Sounds like an untersting read.
Click to expand...

Something adrift with the auto spell-check?

The joy of literature is you don't have to be "interested", "uninterested" or "untersting" (a wasp in a delicate place?) by any particular text. Like number 7 to Blackrock, there'll be another along in a while.

I was intrigued  no more, no less  by the story of von Pückler-Muskau: it is a mixture of the obsessive and the amoral. Were it a novel, it would be sheer fantasy. It has bizarre and specific Irish connections: this is a web-site with an Irish perspective. Don't like: don't bother.