Are there any actual reasons to vote no?

davidcameron said:
This is Eddie Staunton's case (from the Facebook Page of the Alliance of Parents against the State).
Click to expand...

This post needs to be removed unless you want a lawsuit

Catalpa said:
The last AG rejected the wording of the proposed amendment put forward by Mary O'Rourke amongst others

Because it did not contain safeguards against abuse by Asylum Seekers

Can anyone point out to me where such safeguards are written into the current proposal?

Right I think as things have turned out....

TBH I cant open the link to the Irish Times article

- which were entirely predictable IMO
If you can convince a People to engage in the mass elimination of their own offspring - you can probably get them to do anything...http://irelandinhistory.blogspot.ie/

Uses their childrens rights to put in new claim

SC has no choice but to admit the kids do have rights under 42.5

- which must be respected 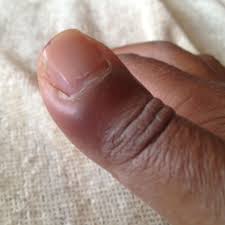 If you can convince a People to engage in the mass elimination of their own offspring - you can probably get them to do anything...http://irelandinhistory.blogspot.ie/

Right I think as things have turned out....

TBH I cant open the link to the Irish Times article

The article was useless, it didn't explain it at all - just said the unborn child has significant rights that extend beyond the right to life. Didn't say e.g. whether the right was to be brought up by its father, have it's father in the country...
P

In my opinion, No is not a good answer
Eagles News Media
E

davidcameron said:
This is Eddie Staunton's case (from the Facebook Page of the Alliance of Parents against the State).
Click to expand...

Thought i'd clarify something on your sharing of this post from Facebook which I have no doubt was made by my late fater "Eddie Staunton". Now I do realize it's been over 6 years since you re-posted it but noticed you're still a contributor on here, the nature of this re-post you happened to share still has a lot of relevance in my life today

I suppose this post is a good example and a shocking one too of how Referendums can be influenced and the Internet used to corrupt no doubt good people like yourself and others with a vendetta of another.

I am "Eddie Stauntons" son, also Edward i'm 38. When I was a teenager my father would often buy me alcohol to drink at home, when I was 14 years old and I was drunk at home one night my late father Eddie Staunton forced me to masturbate him and he also did it to me. I was disgusted to the point where I kept it a secret for many years, shame, fear of what people would say, it stayed with me until I learned from the wife of my brother that he was being molested and raped by my father since the age of 11.

It took a hell of a lot of courage at the time but we both went to the Gardai and made statements. Unfortunately as we were young and naive we were conned and manipulated in to withdrawing the "allegations" on account of his wife having cancer and his Autistic son but neither me or my younger brother certainly ever made any apology to the man and I hope you can appreciate how angry and nauseous that still makes me feel.

I have had to live with the consequences of that mistake to this day, family members accusing me of being a liar, being oestrasized, death threats, having to move house until I eventually just left Ireland, the Guards had no proof of the threats and could do nothing.

This post serves as a reminder to me of the twisted logic and Psychology of child molesters and how they bizzarely even see themselves as the victim and their accusers and the State as the antagonists.

It should serve to remind all of us that the State does not investigate people for 5 years for no reason and keep records corroborating what I am telling you here for no reason. In my experience the State and Social workers are rarely wrong in these matters if ever.

In this day and age we have to be so careful about what we consider truth, I am glad of your post in a way "David Cameron" because it reminds me I was not wrong to go to the Gardai and I hope I Stopped what happened me and my brother happening other children by doing so. At the very least I hope that anyone in Ireland who has ever been victim of child sexual abuse has the courage to persevere and get a conviction as you just don't want to have to endure what I have had to for being manipulated out of pursuing it.

I'm very sorry about the horrific crimes that he committed against you and your brother.

I voted against the amendment because I believe that some supporters of the amendment were being disingenuous, at best, because the Constitution as it was before the amendment was being used as an excuse for the failure to intervene much earlier in the Kilkenny and Roscommon incest cases. I was also concerned about the possible increase in the risk of forced adoption on the basis of alleged abuse that turned out not to have happened - which is the case with Mark Webster and his wife, Nicky, in England. Their children were taken away from them and, even though it turned out the youngest child's injuries were caused by a vitamin deficiency, not abuse, the court decided in 2009 that the adoption orders couldn't be reversed.
You must log in or register to reply here.
Share:
Facebook Twitter Email