Two powerful earthquakes Wednesday struck central Italy about 50 miles north of the site of a deadly quake in August that killed nearly 300 people, the US Geological Survey said.

Just a few hours earlier, a magnitude-5.5 quake struck the same region. The epicenter was about 9 kilometers away, south-southwest of Visso. The first quake hit at 7 p.m. (1 p.m. ET) between Perugia and Macerata, according to ANSA.

The USGS said both earthquakes were shallow.
Click to expand... 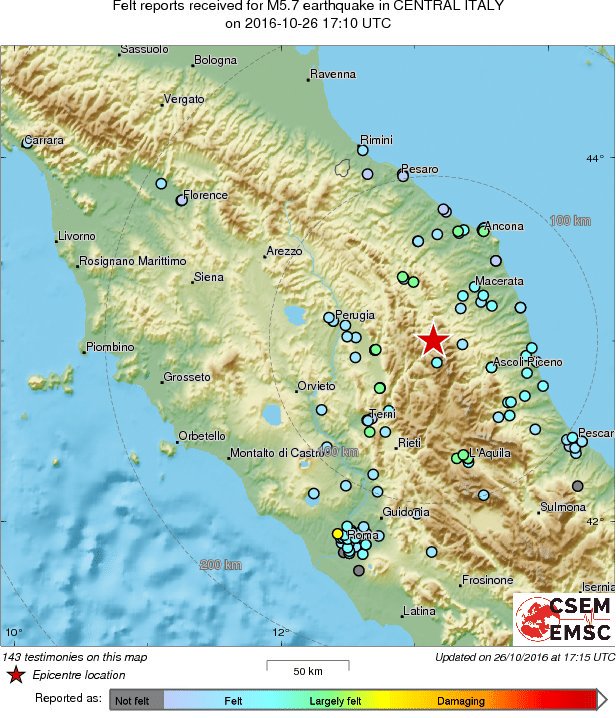 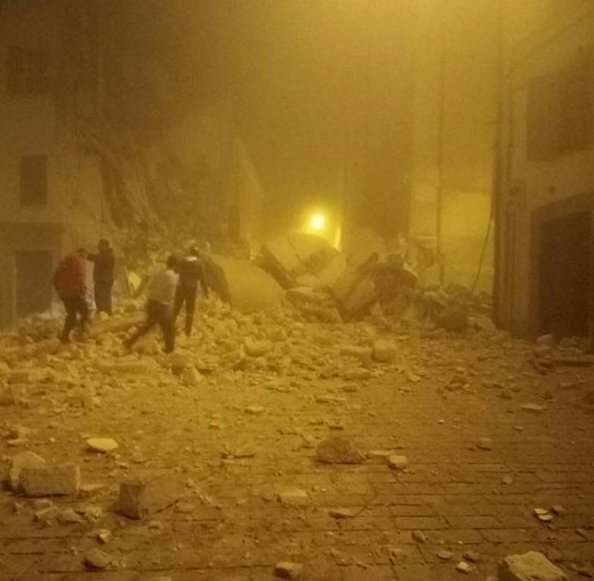 Map of today's M6.1 Italy earthquake in relation to the seismic sequence in central Italy since 24 Oct 16. Original map from @INGVterremoti
Click to expand... 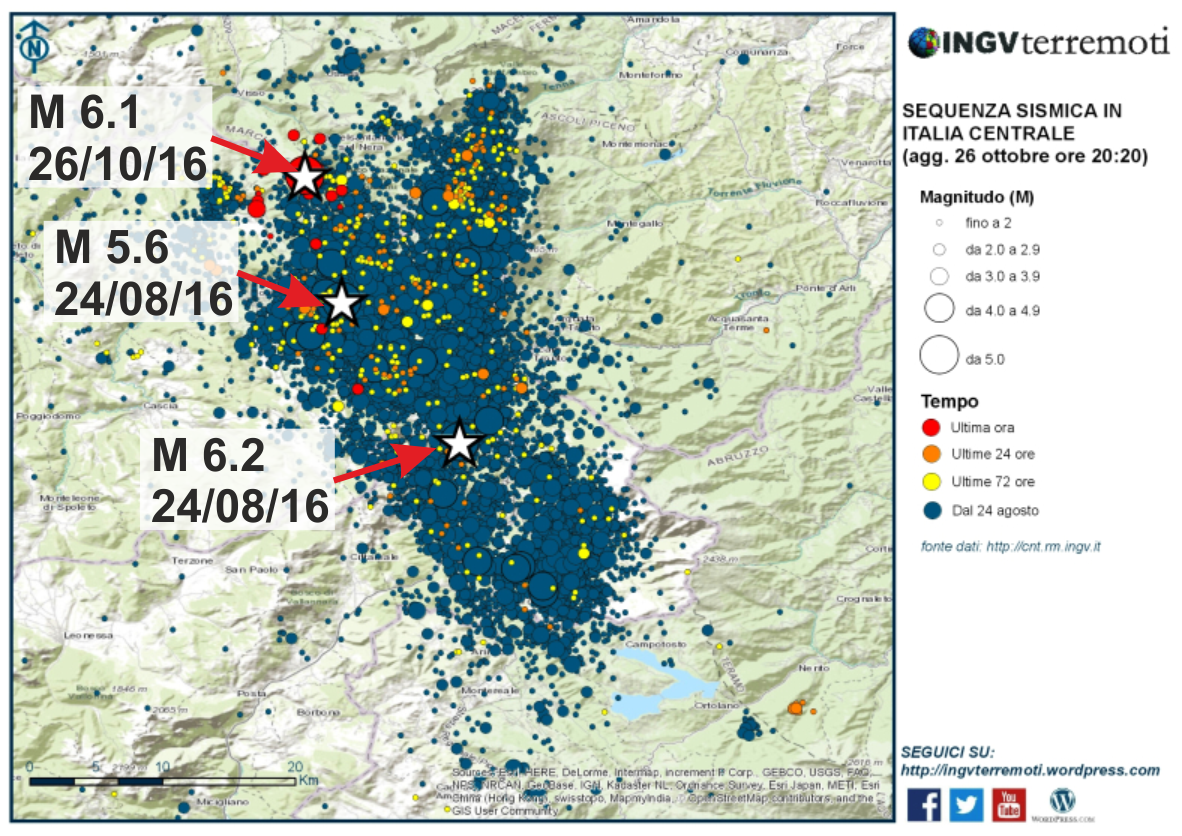 Bebel said:
Any information on casualties?
Click to expand...

Apparently none as of yet BUT aftershocks are hitting ..
R

Italy is experiencing a lot of bad luck with natural phenomena lately.

The poor relative quality of buildings and building regulations in Italy doesn't help.
Click to expand...

I suppose the issue here is Italy is covered in very old historic buildings from cities to towns to villages. Buildings in lots of cases 100s of years old. Very difficult to impose regulations or remedial works to sort this out ?? Plus very very costly I would imagine, even if possible
R

Bebel said:
Any information on casualties?
Click to expand...

UPDATE: At least 8 people injured in Italian town of Fabriano after tonight's
Click to expand... 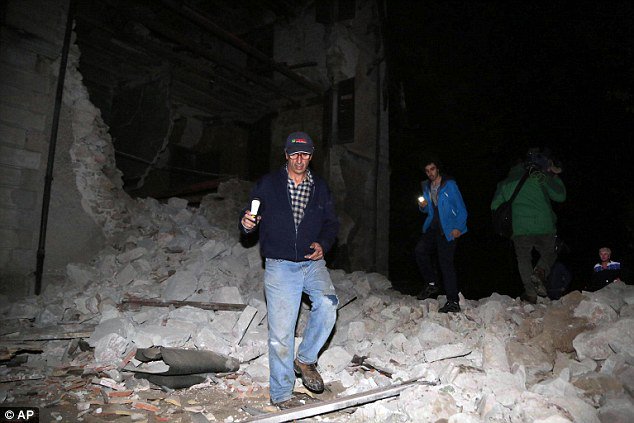 I suppose its too early to speculate if any amounts of fatalities .. being dark etc .. may be clearer tomorrow in daylight ..

The poor relative quality of buildings and building regulations in Italy doesn't help.
Click to expand...

I have noticed over many years that the more regulations there are covering building works the uglier the architecture becomes.
Repeal the thirty-fourth amendment of the Irish constitution :
Children have a basic right to be reared by a mother and a father.
K

The Field Marshal said:
I have noticed over many years that the more regulations there are covering building works the uglier the architecture becomes.
Click to expand...

I think that may have more to do with architect's fantasies gone mad than building regulations
The test of our progress is not whether we add more to the abundance of those who have much,
it is whether we provide enough for those who have too little
O

Central Italy has been hit again. I fear that the headline might be sadly premature - if comments on Twitter are anything to go by.

No injuries reported after earthquake in Italy
R

Towns and villages in central Italy have been hit by an earthquake for the fourth time in three months.

The 6.6-magnitude quake - Italy's strongest in decades - struck close to the region where nearly 300 people were killed by a quake in August.

This time no-one appears to have died, but about 20 people were injured.

The medieval basilica of St Benedict in Norcia, the town closest to the epicentre, was among buildings destroyed.
Click to expand... 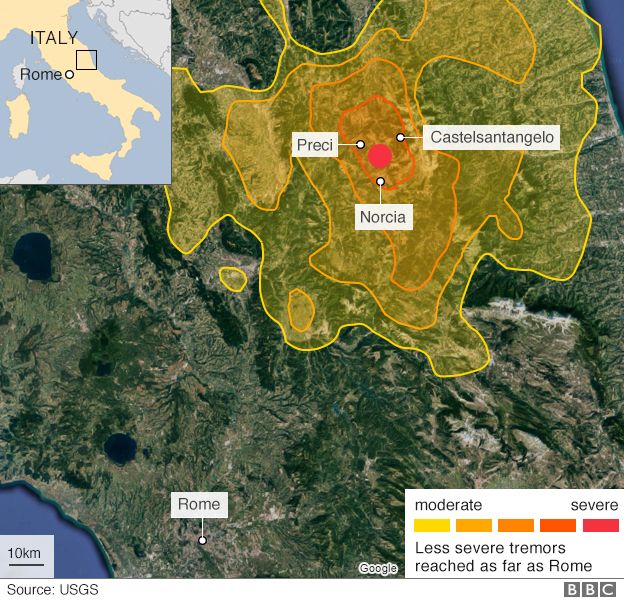