Carlos Danger said:
It is time to make your voices heard.
Click to expand...

Lumpy Talbot said:
I agree with the proposition that Cambridge Analytica, Facebook and any other companies and individuals involved in this harvesting of data from Facebook should face prosecution on the grounds of either illegally harvesting users' details if they used techniques without the permission of Facebook or alternatively if they had the go-ahead from Facebook executives to prosecute on the grounds of a data breach and breach of GDPR and Data Protection legislation.
Click to expand...

And if they did so with the permission of Facebook and the people who shared their data and took the "surveys"? GDPR becomes enforceable in May 2018, doesn't it? What you and others on this thread just don't seem to understand is that if you are not paying for a product or service on Internet, then generally you are the product.
Regards...jmcc
J

flashforward said:
How does any of this differ to Clinton's use of data analytics services by the company The Groundwork, apart from the fact that it didn't work out for her?
Click to expand...

jmcc said:
And if they did so with the permission of Facebook and the people who shared their data and took the "surveys"? GDPR becomes enforceable in May 2018, doesn't it? What you and others on this thread just don't seem to understand is that if you are not paying for a product or service on Internet, then generally you are the product.
Click to expand...

I understand that well enough. Believe me I and colleagues have been through a year and a half of intense concentration on the implications of GDPR and data protection legislation.

This is what makes a mockery of such laws and regulations. There seems to be different laws for corporations and private companies than there is for the average joe.
It was all foretold in the foretelling. Unsurprisingly.
C

Lumpy Talbot said:
I'm on Facebook but under a false name. I recommend that approach. If Cambridge Analytica were harvesting details off that account they are definitely going to end up with a lot weird data somewhere in the pile.

And no I don't give a **** about Facebook's desire for everyone to be on their database under their real name.
Click to expand...

Your name is irrelevant, data analysis in this case doesn't give a flying f*** what your name is, they are building a profile on that account, what you like, what you react to, what you post, what you link to, then they are categorising you based on that data, and then directing ads to your profile based on that, companies are doing this everyday, it is just targeted advertising based on where you fit and what is likely to push your buttons. It doesn't matter if it is delivered to as Lumpy Talbot or Paddy Murphy, it gets delivered to the profile they have identified which is you, no matter what name you are using on FB or any other platform.
Text Cancer to 50300 to Donate 4.00
75 cent to telecoms company and 125,000 to Averil Power (Ex FF)
G

Things that make me laugh: people like Zuckerberg who invest billions in a panopticon and then claim they had no idea what was happening on their platform.

"I am shocked to see people getting drunk in here" - Pub Owner.
J

Civic_critic2 said:
I imagine that what they did was scrape the data from the web pages or Facebook api.
Click to expand...

Seems to be a situation where people took a survey and that survey was leveraged to include others in that person's social network (gave access to the person's friends). Analysing data obtained via an API is far easier than analysing data from webpages. The data from the API is generally well formatted and can easily be imported to a database or other program. The data from webpages is far more problematic in that it is generally not well formatted and has to be extracted from the HTML code and the wonderful variations that people dream up for their own little websites.

What most people don't understand, and especially so when they rely upon technologically ignorant "technology" churnalists for their opinions, is that this kind of data mining goes every second of the day. The concepts and the code for the basic work are quite simple and there's even an O'Reilly book called "Mining The Social Web" ( Mining the Social Web, 2nd Edition - O'Reilly Media ). It even has coding examples in Python. It covers the major Social Web services (Facebook, Twitter, Linkedin etc). Even P.ie gets scraped regularly.
Regards...jmcc
C

The Eagle of the Ninth said:
Things that make me laugh: people like Zuckerberg who invest billions in a panopticon and then claim they had no idea what was happening on their platform.

"I am shocked to see people getting drunk in here" - Pub Owner.
Click to expand...

In fairness, at this stage,it is claimed, Facebook gave access to Kogan based on him using it for Academic research, he used it for a commercial purpose. Facebook is a goldmine of information, the reason it's share price is so high, and why any talk of privacy knocks it, it is just a data mine.
Text Cancer to 50300 to Donate 4.00
75 cent to telecoms company and 125,000 to Averil Power (Ex FF)
J

Lumpy Talbot said:
I understand that well enough. Believe me I and colleagues have been through a year and a half of intense concentration on the implications of GDPR and data protection legislation.
Click to expand...

It is another brainfart from the pondscum intelllected gobshítes who gave us the EU Cookie Law.

This is what makes a mockery of such laws and regulations. There seems to be different laws for corporations and private companies than there is for the average joe.
Click to expand...

It is a powergrab by Brussels. Because the Internet evolves faster than they can comprehend, there will be ways around this legislation and these protections. Companies are probably working on solutions to bypass GDPR and have been doing so for a few years now.
Regards...jmcc
C

Lumpy Talbot said:
I do not think anyone,individual or company, should be allowed to scrape data from social media sites.

I would be in favour of making it illegal and prosecutable offence with major fines and sanctions including imprisonment of executives for the offence.

I work with data and I work under restrictions and compliant with GDPR and data protection regulations and there are no circumstances under which I would comply with any such operation.
Click to expand...

Then social media sites would cease to exist, the money that powers these sites is advertising and the ability to garner data without that it is nothing, people posting pictures of their cat is not what makes Facebook worth over $500 billion.

Scraping data is not a bad thing, this is public information, if you tell us by posting on Twitter or Facebook etc you think Trump is an a*se then that is public, if you don't want people to know don't post it.

Steve Bannon was a former VP of CA. And somewhere in there the Mercers are involved apparently.

Channel 4 are doing an expose on it for the next while.

It is also being connected with RUSSIA and TRUMP and all that. And with BREXIT ..

So BIG DATA under the spot light ...
Click to expand...

Anyone who thinks that Cambridge Analytica has only 50 million people in its data set, needs to get out more. That company has been monitoring every facebook, linked in, twitter, etc account it can in America's, Europe, Australia, New Zealand, Africa, Central Asia, Japan, Korea, etc. I would be very surprised if the number off accounts assessed by Cambridge Analytica across the various social media, is not around the billion range. The sheer level of funding that company has, may have given it access to an even higher number.

Channel 4 are doing a public service exposing Cambridge Analytica. Personally I think that should have been done at least five years ago, if not before, but at least someone is eventually doing it.

This has been going on for years. The Scottish Referendum had clears signs of massive drive against independence, with a drive for by Russian agencies. Elections in Europe have shown clear signs of this type of interference.

The people behind this also need to be exposed.
Iron Sky: http://www.ironsky.net/
Jobs: http://www.politics.ie/forum/economy/178509-germany-welcomes-working-immigrants.html
J

Parliament wants to recall FaceBook and Cambridge Analytica to explain why they lied to a previous House committee.

Do people remember when Zuckerberg scoffed about these allegations months ago with his comments "crazy" that Russia messed with Facebook? Sorry, he protests too much.

If it were then I suspect it might be a wee bit more organised.

Mitsui2 said:
If it were then I suspect it might be a wee bit more organised.
Click to expand...

Pie has sold on our data to a medical research firm, which is interested in investigating Cluster B personality disorders.

My information is the "control" ie the normal person.
D

This always struck me as interesting.

Dont worry, Mark Zuckerberg: Just because youre paranoid doesnt mean they arent after you. And as the richest millennial in the world, you can probably be confident that someone, somewhere, is after you.
Which is why it makes perfect sense that youve joined the growing number of people doing a little DIY hardware hacking, and disabling their computers webcam and microphone. Even if a sneaky hacker does manage to penetrate your security, theyre not going to be seeing you in your tighty whities.
Yes folks, Zuckerberg tapes over his webcam. The billionaire made the (accidental?) revelation in a Facebook post intended to promote Instagram reaching its latest milestone of half a billion monthly active users.
Click to expand... 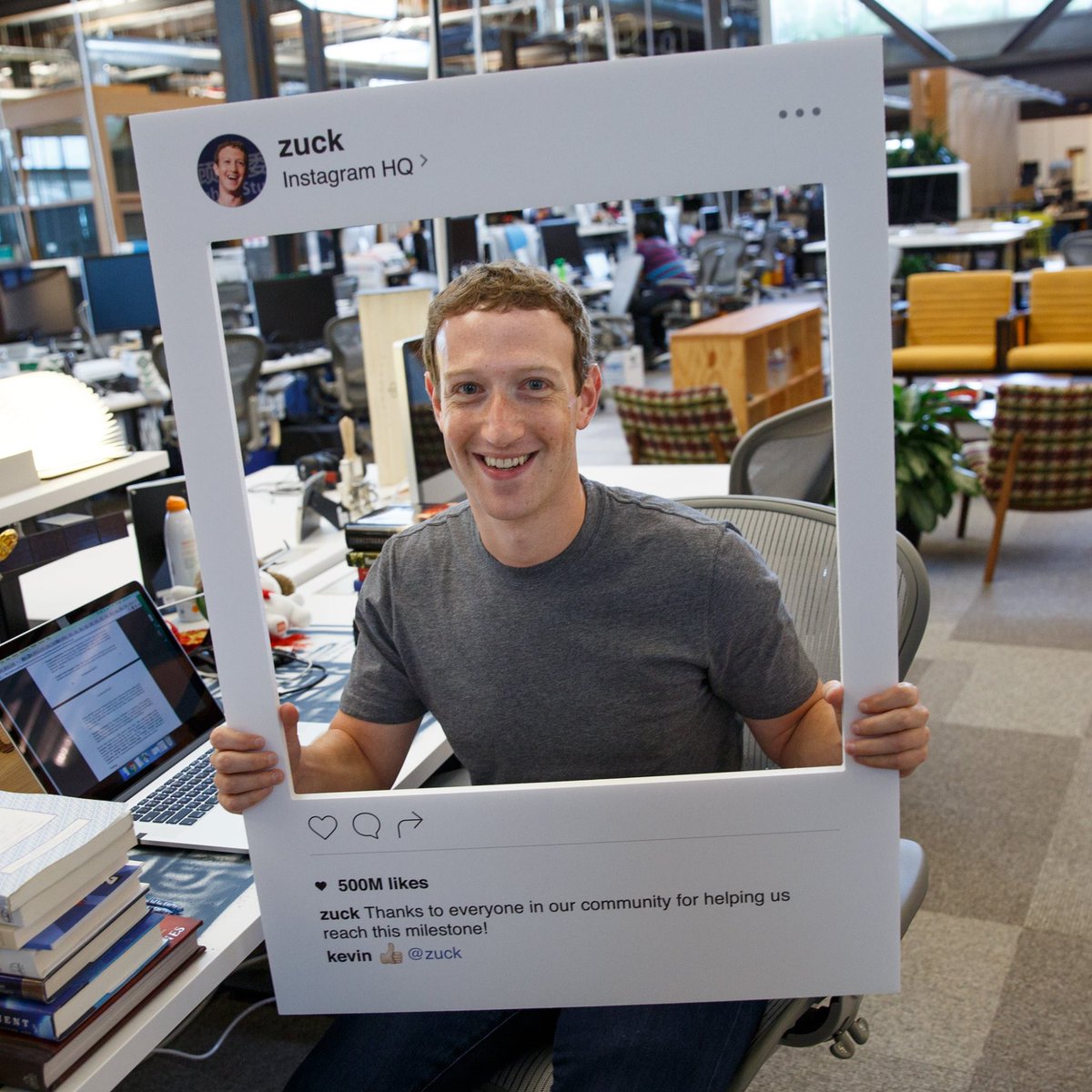 Nemesiscorporation said:
This has been going on for years.
Click to expand...

“We exploited Facebook to harvest millions of people’s profiles. And built models to exploit what we knew about them and target their inner demons. That was the basis that the entire company was built on.”

That is not data-harvesting: that is psy-ops.

Lumpy Talbot said:
Very unlikely that there would be any difference at all. Obama's crowd used detailed analytics as well to mobilise a young vote via social media that may not have otherwise turned up to vote.

There is no party divide in this.
Click to expand...

There's a difference (albeit a small one) between analysing data to assit in marketing one's candidate, and engaging in outright information warfare designed to trick people into voting for your candidate by lying to them.
Repeal the 27th.
You must log in or register to reply here.
Share:
Facebook Twitter Email