I got nasty habits, I take tea at three
Yes, and the meat I eat for dinner
Must be hung up for a week
My best friend, he shoots water rats
And feeds them to his geese

Don'cha think there's a place for you
In between the sheets?


And there's a score of harebrained children
They're all locked in the nursery
They got earphone heads they got dirty necks
They're so 20th century
Well they queue up for the bathroom
'Round about 7:35

Don'cha think we need a woman's touch to make it come alive?

You'd look good pram pushing down the high street
Come on now, honey
Don't you want to live with me?

Whoa, the servants they're so helpful, dear
The cook she is a whore
Yes, the butler has a place for her
Behind the pantry door
The maid, she's French, she's got no sense
She's wild for Crazy Horse
And when she strips, the chauffeur flips
The footman's eyes get crossed


Songwriters: Keith Richards / Mick Jagger
I watched with glee, while your kings and queens, fought for ten decades for the gods they made.

roc_ said:
"...I don't advise a haircut, man. All hairdressers are in the employment of the government. Hair are your aerials. They pick up signals from the cosmos and transmit them directly into the brain. This is the reason bald-headed men are uptight"... "If you're hanging on to a rising balloon, you're presented with a difficult decision  let go before it's too late or hang on and keep getting higher, posing the question: how long can you keep a grip on the rope? They're selling hippie wigs in Woolworth's, man. The greatest decade in the history of mankind is over. And as Presuming Ed here has so consistently pointed out, we have failed to paint it black..."
Click to expand...

......You're looking very beautiful, man. Have you been away? Saint Peter preached the epistles to the apostles looking like that....
P

Good programme last night on rte radio 1. Inside culture had a progamme about Hippies.
Inside Culture - RTÉ Radio 1

Good to see that they interviewed Rebecca Solnit and she highlighted the huge number of predatory child abusers with the Hippy community in San Fran.

https://books.google.ie/books?id=xk...=onepage&q=rebecca solnit hippies sex&f=false
We appreciate the move by the Government today and remind ourselves that it is a bail-out by taxpayers for the banks. Pearse Doherty
C

there's some seriously good music on this thread.......I've had a bit of a lost morning browsing through it

razorblade said:
There still is hippies they are in the green party.
Click to expand...

Not all of us.
Let us consider the Serapeum of Alexandria.

[video=youtube;BQ-jspv-Qok]https://www.youtube.com/watch?v=BQ-jspv-Qok[/video]
Let us consider the Serapeum of Alexandria.

Jezza15 said:
Julie Birchall wrote an interesting piece on this subject a few years back.

Two points I recall her making were that at Woodstock the military supplied food, water & medical supplies. Without the military Woodstock would have been a plague-pit.

Secondly that if you look at the film of young white kids risking their necks alongside the civil rights marchers, they aren't hippies but in fact are clean-cut, all-American kids with short hair, shirts & ties.

Birchall's angle was that the old hippies who now run Hollywood, music & liberal USA re-wrote history to make themselves look like the avant guard when they were mostly self-serving privileged wasters.
Click to expand...

There's nothing that can quite compare with the perversity of a bigoted, twisted ex-Stalinist, turned Thatcherite ratbag when it comes to misrepresenting history. The whites in the early civil rights marches would all certainly have looked like that for the very simple reason that the "hippy look" didn't take off until around 1965/66. The vast majority of those photographs are from earlier, mainly between 1963 and 1965 when the vast majority of big civil rights marches took place. In other words hippies didn't exist. Birchill is a twat who wasn't old enough to remember any of this because she turned 6 only in July 1965. 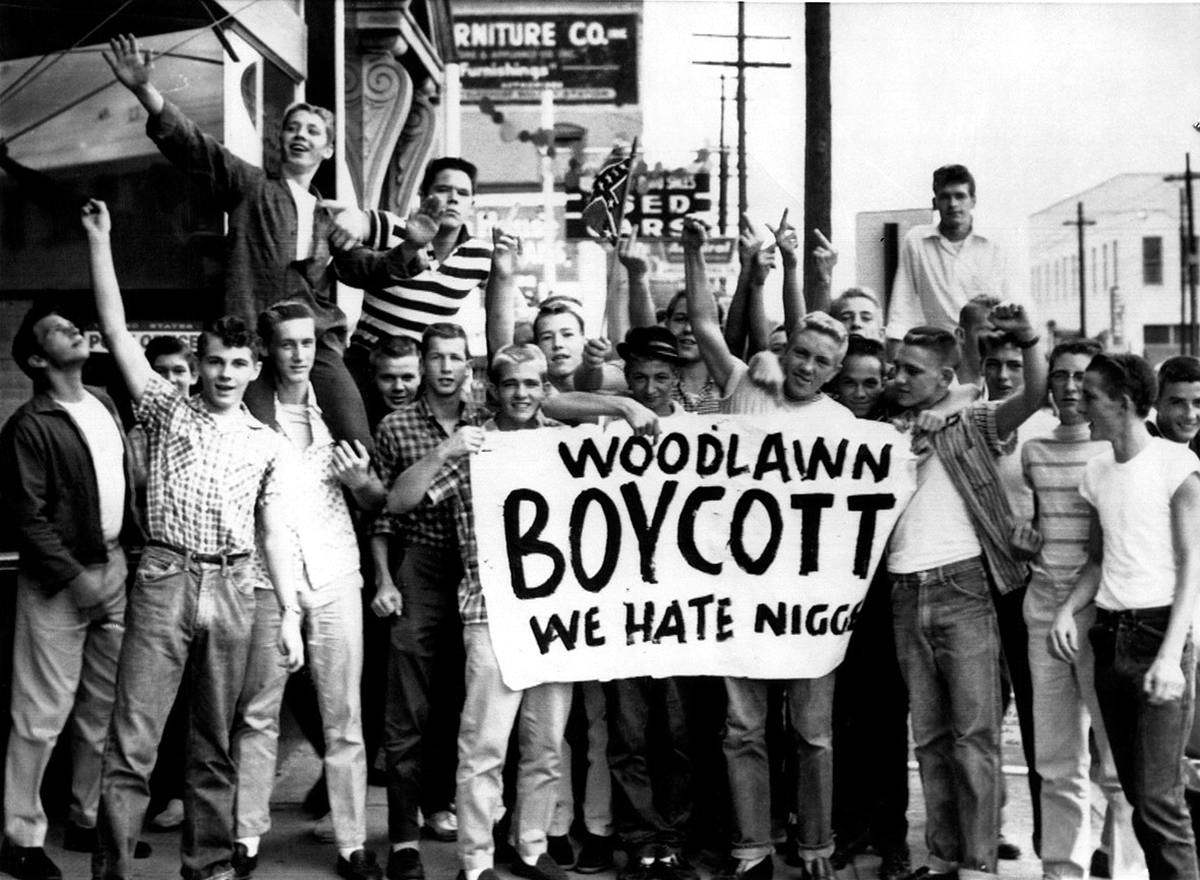