FG Taoiseach Micheál Martin was brought into the Flood tribunal because he received political donations from Owen O’Callaghan.

The actions national authorities might have to take to try to combat an international break-out of Ebola or something equally nasty don't bear thinking about in terms of causing panic in itself.

I guess the authorities in China and India where SARS/Avian Flu/Swine Flu and other innocuous sounding names for some pretty serious outbreaks now have information about how clusters of infected patients can appear.

I suspect one thing authorities would have to do fast if there was to be any hope of halting an airborne Shiva would have to be close off all movement of people.

Which when you consider from a disaster management point of view that many people would be at the same time looking to flee highly populated urban areas to more isolated spots so that would cause opposing dynamics of chaos for a start.

.
It was all foretold in the foretelling. Unsurprisingly.
L

On the other hand we may well get away with a few more of the warning episodes that only we uniquely on this planet are capable of comprehending what they are.

Mostly by accident when most such plagues break out like a wildfire and then die off with the host after a while if they cannot move to a new host or weather conditions change, lots of different things can go on as I understand it.

But I definitely see the interconnectedness of the planet today, overpopulation and the ability for someone to fly across the world in hours as fairly alarming in terms of a proposed cluster*uck of legendary proportions.
It was all foretold in the foretelling. Unsurprisingly.

jimbohane said:
Are you a holocaust denier?
Click to expand...

No .
You on the other hand are racist bigot same as Crazyhorse6 was.
Gemakzucht.
J

amsterdemmetje said:
No .
You on the other hand are racist bigot same as Crazyhorse6 was.
Click to expand...

If I am a bigot because I abhor the teachings of a mass murderer and child rapist who urged his followers to kill those who oppose his dictates I will wear that badge of honour for the rest of my life ,however quote one of my posts where I have ever promoted racism or withdraw your banal comment .
M

Hillmanhunter1 said:
I don't like the look of this chart:
View attachment 18554

"The danger of this particular outbreak, which began Aug. 1, 2018, is that it's what several experts call the "perfect storm" of a highly lethal and contagious virus in an area of the DRC that's a hub for poverty and neglect, insurgent activities, distrust of government and international organizations, and a mobile population with many refugees."

I wonder if all this was happening outside Africa -1300 plus deaths - a contagious disease now affecting an adjacent country, what would international health organizations be doing at this stage.

What alarm bells would ring in a similar situation between France and Germany or the US and Canada?

Not sure ‘ let’s wait and see’ would pass muster.

jimbohane said:
If I am a bigot because I abhor the teachings of a mass murderer and child rapist who urged his followers to kill those who oppose his dictates I will wear that badge of honour for the rest of my life ,however quote one of my posts where I have ever promoted racism or withdraw your banal comment .
Click to expand...

You are wasting your time with that particular poster. He cries wacism every time somebody makes a comment he doesn't agree with. It's the barrel scraping of conversations.
Our day will come. 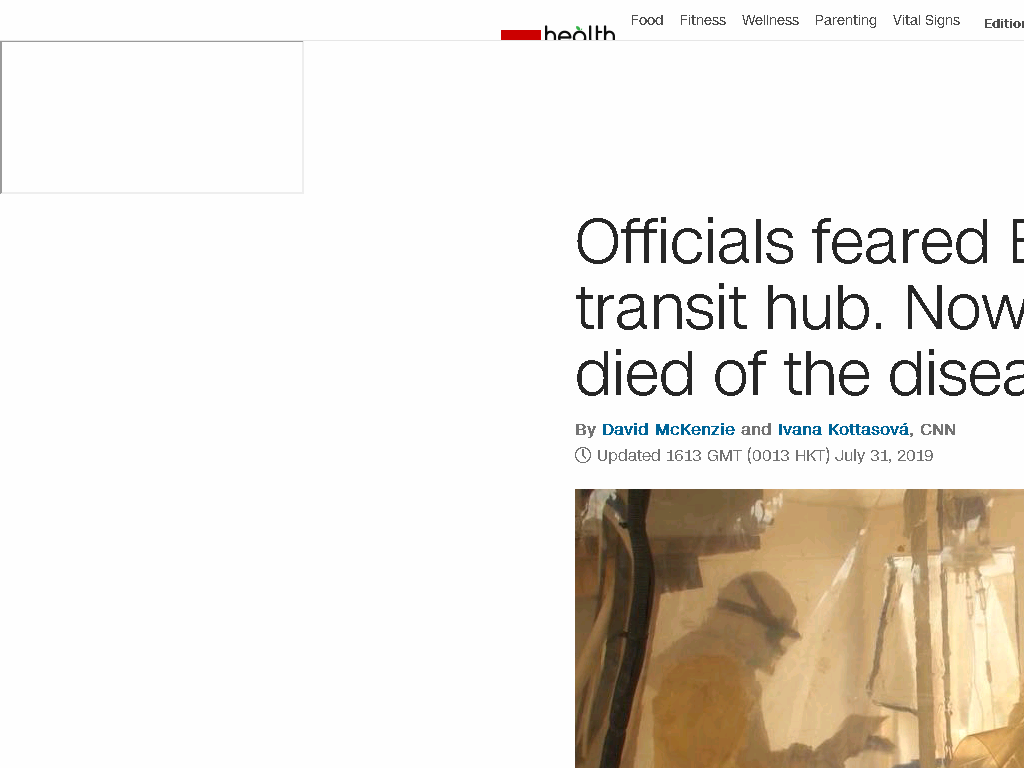 
(CNN) — A second person has died after contracting Ebola in Goma, a major transit hub in the Democratic Republic of Congo on the Rwandan border, according to Médecins Sans Frontières (MSF).
The patient passed away on Wednesday, around 26 hours after being admitted to an MSF-supported Ebola treatment center, the organization said on Twitter.
World Health Organization (WHO) officials have feared Ebola's arrival in the city for months. Goma is home to a highly mobile population of more than 1 million, which makes the risk of the disease spreading high.
Click to expand...