Europe Is Not Veering Right .... or Left. Volatility is the New Normal ....

There has been a narrative of irresistible populism in Europe, with an advantage for the right. This has been powered by a fear of immigrants and ethic insecurity, with a dash of economic disillusion after the Great Recession. France's gilets jaunes have come to symbolise this in many ways, along with advances for authoritarian parties in Poland, Hungary, Italy, the Netherlands and many states in Eastern Europe.

However, there are indications that a shift to the right is overstated ....
There have been shifts in electoral dynamics, but that the picture is far more confused and volatile than the standard media presentation. A study by the European Council on Foreign Relations, finds some salient facts that run counter to that conventional narrative:
Key Takeaways
The stakes are high, the outcomes could be momentous.

There is an interesting presentation of the 4 major European groupings, presented in Game of Thrones terms (you can read for yourself)

Too complicated for you?
and he would have been right if the amounts were correct

Just when we thought we could welcome our new right-wing & nationalist elite masters, that whole applecart is upset, and suddenly (as the ECFA say) it is all "up for grabs".

No group is strong enough to win a European majority on its own, so compromises will have to be made. Who, and with whom?
Last edited: Apr 19, 2019
"A wise man proportions his belief to the evidence" - David Hume

At the beginning of a stock market collapse, brokers always dismiss it as “volatility”.

And leftie stocks are crashing, that I can tell you.
MAKE DUBLIN GREAT AGAIN
R

Buchaill Dana said:
Too complicated for you?
Click to expand... 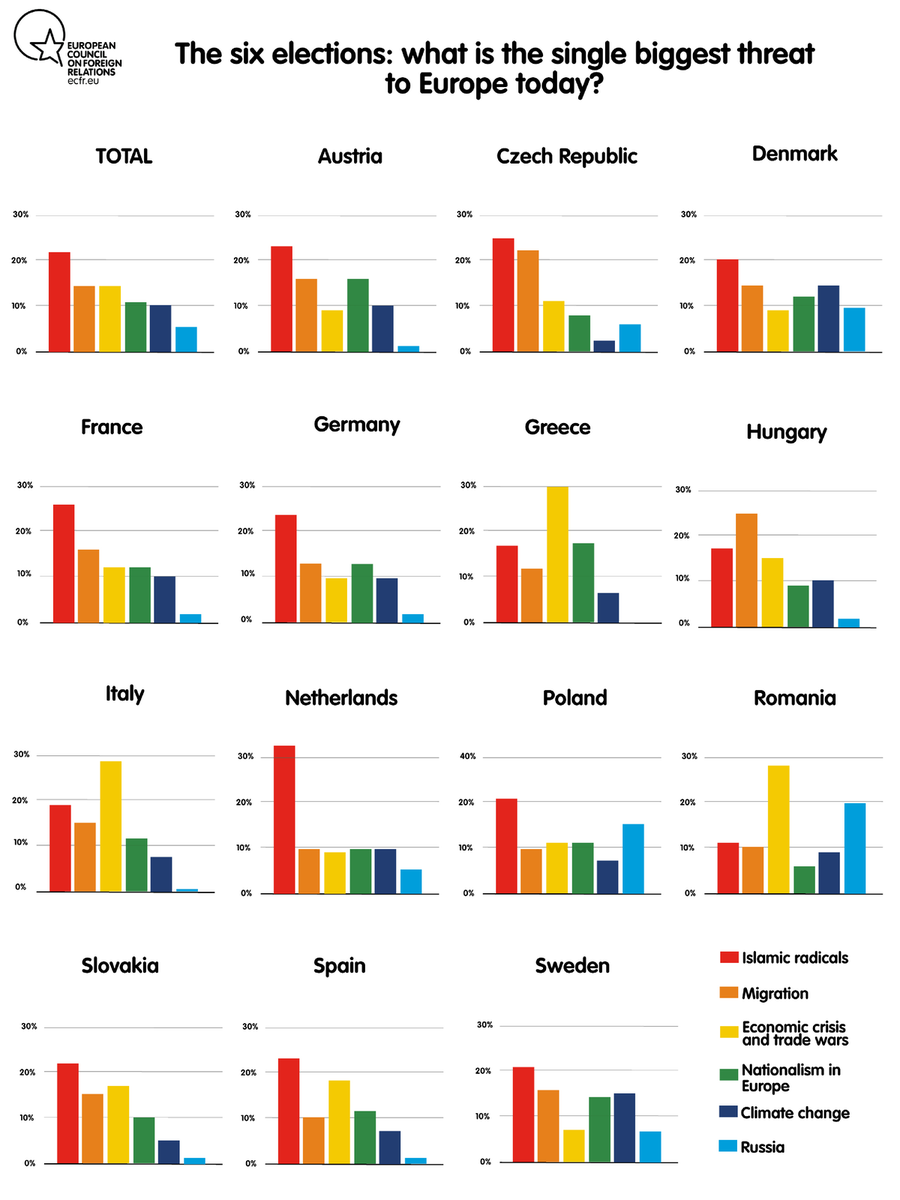 (Note: Only 14 of the 27 EU countries included).
"A wise man proportions his belief to the evidence" - David Hume

The Spanish Election bears out this poll .... the top perceived problems in Spain were Islamic radicals, the Economy and Nationalism.

While a right-wing party like Vox might have gained from the first one, it probably lost from the others. In fact, "nationalism" may mean that many voters see Vox as a threat, and swelled the votes for the Socialists, who came away with the highest number of votes.
"A wise man proportions his belief to the evidence" - David Hume
You must log in or register to reply here.
Share:
Facebook Twitter Email