BDS Is Facing Serious Repression Precisely Because It Is Seriously Effective


Dear Supporter,
In the United States and Europe, an Israeli-induced war of repression against the BDS movement is in full swing.

Elected officials are aggressively seeking to criminalize our free speech and peaceful protest. Their aim is to outlaw and intimidate supporters of our inspiring movement and stop it from achieving freedom, justice and equality for the Palestinian people.

In the United States, polls show that popular support for boycotting Israel or imposing sanctions against it is at an all-time high. Israels lobby groups are freaking out! Theyre pushing Congress to adopt an anti-BDS law that would punish supporters of international calls for boycotting Israels regime of oppression -- or its illegal settlements built on stolen Palestinian land -- with penalties of up to $1 million and 20 years in prison.

In Europe, as major trade unions, political parties and city councils adopt BDS measures, Israel and its lobby groups are desperately trying to criminalize advocacy for Palestinian rights, including through BDS tactics. Attempts to silence those who criticize Israels illegal and oppressive policies include hostile legislation, slander, threats, surveillance and political repression.

Despite this repression, BDS continues to rekindle hope that we can prevail over Israels system of oppression.

We count on your support to continue growing our movements reach and impact.
Wind turbines are rotating without being connected to the grid...with diesel fuel to prevent them from rusting.

RasherHash said:
BDS Is Facing Serious Repression Precisely Because It Is Seriously Effective
Click to expand...

Probably enough has already been said elsewhere about the aims of BDS, its methods, how it attempts to delegitimise Israel, legitimise violence against Israeli citizens, and why it ought be regarded as an insidious, prejudicial organisation that ought be banned.

e.g. ... "They don't want Israel," Finkelstein declared, "They think they're being very clever. They call it their three tiers... We want the end of the occupation, we want the right of return, and we want equal rights for Arabs in Israel. And they think they are very clever, because they know the result of implementing all three is what? What's the result? You know and I know what's the result: there's no Israel..."


But keeping on topic for this thread, let's just examine one of the claims made in the letter above. They say:

... and stop it (BDS) from achieving freedom, justice and equality for the Palestinian people...
Click to expand...

a. By "freedom" they can logically only mean (since they intend a Muslim state) "freedom" as conceived by Sharia law.

b. No one is in any doubt that when an Arab Muslim people talk about "justice" they are talking about retribution. Now considering the "crimes" they and the OIC accuse them of, what would this retribution likely comprise?

c. Actually, we have seen how Muslims in the region reacted to a declaration that they were to be "equal" to non-Muslims in the past - back before the mandate when the region known as Palestine (today, Palestine and Jordan) was a part of Ottoman Syria.

... in this period, the Sublime Porte's firmans (decrees) of 1839 and, more decisively, of 1856 – equalizing the status of Muslim and non-Muslim subjects – produced a dramatic alienation of Muslims from Christians. The former resented the implied loss of superiority and recurrently assaulted and massacred Christian communities – in Aleppo in 1850, in Nablus (West Bank) in 1856, and in Damascus and Lebanon in 1860... (source)


"Effective" HOW is the question.
There's no sense in being precise when you don't even know what you're talking about. (John von Neumann).
“Never cross a river if it is on average four feet deep.”

Germany: to illustrate a discussion, a journalist showed photo of the Nazi/Muslim alliance in WW2. He was sentenced to 6 months jail. On appeal, thankfully he won. You are being redirected... …
Wind turbines are rotating without being connected to the grid...with diesel fuel to prevent them from rusting.

Blogger sings along in the dock as court hears her songs dubbing Auschwitz a 'theme park' and calling Holocaust 'the Holohoax' in racism trial.

http://www.dailymail.co.uk/news/article-5254707/Blogger-sings-dock-anti-Semitic-songs-played.html
Wind turbines are rotating without being connected to the grid...with diesel fuel to prevent them from rusting.

In just nine days’ time, I will once again be in court, on this occasion for my long-awaited trial. Of course, there is no guarantee that proceedings will be over there and then: the enemies of freedom and justice have a nasty habit of trying to drag things out for as long as possible, in the hope of extracting a guilty plea from those they take sadistic pleasure in persecuting. As my father would say: they can whistle!

https://alisonchabloz.wordpress.com
Wind turbines are rotating without being connected to the grid...with diesel fuel to prevent them from rusting.

[video=youtube;hVoY6So9B5E]https://www.youtube.com/watch?v=hVoY6So9B5E[/video]
Wind turbines are rotating without being connected to the grid...with diesel fuel to prevent them from rusting.

Moon of Alabama‏
@MoonofA
Follow Follow @MoonofA
More
My recent tweet about U.S. SpecOps shooting a truck driver in Afghanistan was censored in Germany (see pic).
The link for my German followers:
MoA - Afghanistan - U.S. Special Forces Commit Drive-By Murder (Video) …
Wind turbines are rotating without being connected to the grid...with diesel fuel to prevent them from rusting.

The lights of free speech are dimming all over Europe... Subscribe urgently
Wind turbines are rotating without being connected to the grid...with diesel fuel to prevent them from rusting.

Board members appear to agree with a working group’s determination that the mural “traumatizes students and community members.” 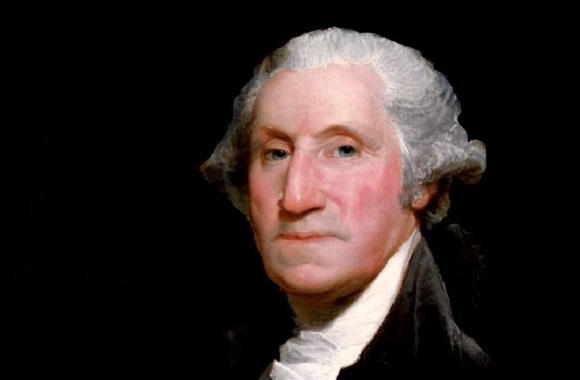 Depicts Washington next to slaves.

www.thecollegefix.com
Wind turbines are rotating without being connected to the grid...with diesel fuel to prevent them from rusting.

Mein Kampf (audio) seems to have been erased from YouTube. Perhaps there's a reasonable reason like copywrite but it's just as likely to be the heavy hand of the censor.

The Book was reportedly a best seller in Germany 3 years ago, when it was reprinted after many years of being on the verboten list.

Anyway, until it reappears here's the family guy version which is said (by scientists

) to be even more accurate than the original...