He was an exceptionally competent general, but it seems that he HATES Iran.

Well I guess untill the Trump administration racks up as many corpses as Obamas and Bushes , we should 'hold our fire' so to speak.
I love all the different cheeses.

That was an interesting article, thanks for posting it. Politico looks like a very good site; I hadn't heard of it until now, so thanks again.
Rara temporum felicitas, ubi sentire, quae velis; & quae sentias, dicere licet.

He was also known as the Warrior Monk.

I don't trust people with monikers, unless they're wrestlers.

You do know that previous US administrations have nuked cities ,started aggressive wars,caused the deaths of millions etc?
What has 'mad dog' done of note?
I love all the different cheeses.

The Moditariat are itching to nix this thread

Alan Alda said:
You do know that previous US administrations have nuked cities ,started aggressive wars,caused the deaths of millions etc?

What has 'mad dog' done of note?
Click to expand...

Supposedly he was entitled 'Mad Dog' after the Second Battle of Fallujah - Mad Dog on the Prowl: the Blood-soaked Career of General James Mattis

cyberianpan said:
The Moditariat are itching to nix this thread

It's not that important. Why are you so embittered?
G

In Northern Ireland a lot of people see this massive existential divide between Irishness and Britishness- I dont see that at all. However the division between Mother Europe (which includes Russia) and the United States I have always keenly felt. As Alain De Benoist said- "better the wear the helmet of a Red Army soldier than live on a diet of burgers in some Brooklyn". Trump's victory saved us from what could have been a very horrific war. Because the principles of the USA is built on it is bound to destroy itself.

War is hell. No doubt about it.
How many have Trump/Mad dog started?

Heres some nutters watching a snuff movie , for your consideration. 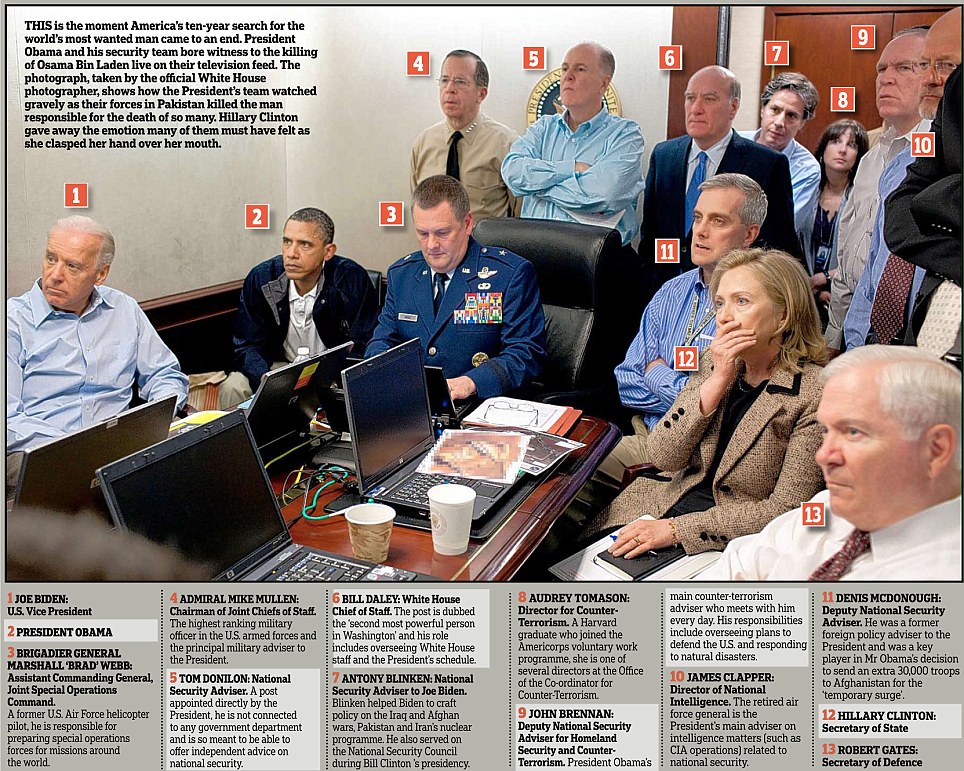 I love all the different cheeses.
G

He could be very popular within the Army and Trump is trying to secure them. I think it is still wait and see. Sometimes the best way to control someone is to promote.

Old Mr Grouser said:
He was an exceptionally competent general, but it seems that he HATES Iran.
Click to expand...

It's not so much that he hates Iran. It's more that he thinks Iran is a threat to his country and that he believes the Iran deal was a bad buy. He's a general, not a politician. The type of army leader who stays with the troops in the fight, not the type back in air-conditioned HQ. This is a good thing because he has deep empathy with the grunts. The most political of recent SECDEFs was skeletor himself, Rumsfeld. Mattis is dedicated to soldiers. Rumsfeld regarded them as disposable pawns. Lastly, he doesn't suffer from the type of confusion the Obama administration displayed when it comes to the threat Islamism poses.

It's a good pick.
"an intelligent, well-informed sparring partner for real debate" - Chris Alexander, Canada's Minister of Citizenship and Immigration from 2013 to 2015.

I would think that a man who has actually seen and experienced combat would be far more cognisant of the dangers which conflict poses to troops under his command than the secretaries of defence who served under the last 4 American presidents at least.

cyberianpan said:
The Moditariat are itching to nix this thread

On an OT aesthetic sidenote, cYp, I really do suggest that you drop this irritating word "Moditariat."

It hasn't caught on except with a few complete looderamawns that I sincerely doubt you'd want to be associated with, and in terms of your own quite admirable ideolect it's as though some sane poster suddenly started dropping the equally dumb word "Libtard" into every post.

I know several posters already do the latter, but then I did specify that I was referring to sane posters.

This is part of the reason that his men liked him. 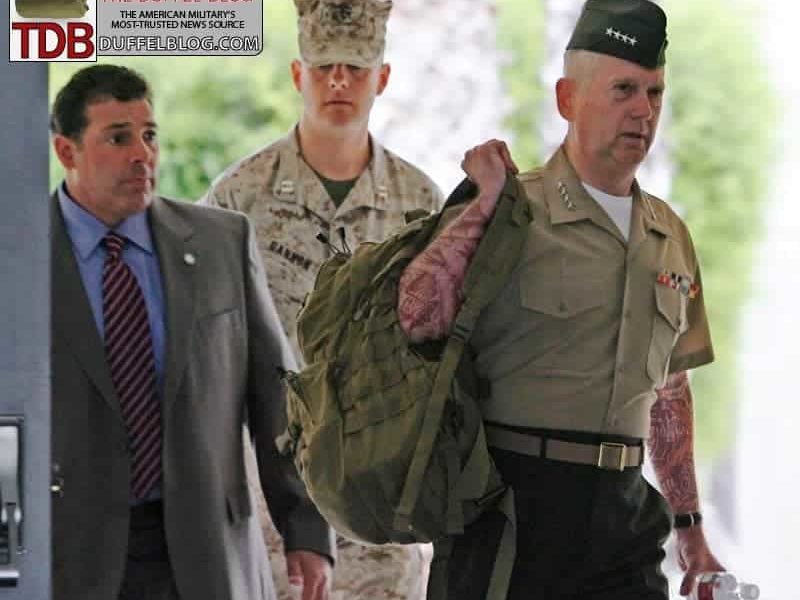 You won't often see photos of a full general carrying his own backpack.
Tom Lehrer - The Vatican Rag

gerhard dengler said:
I would think that a man who has actually seen and experienced combat would be far more cognisant of the dangers which conflict poses to troops under his command than the secretaries of defence who served under the last 4 American presidents at least.
Click to expand...

If I remember correctly Mattis actually has a record of being one of the few non crazy senior American military folk to go into the Iraq war. He insisted on his subordinate familarising themselves with local ways, and was hell on earth to those under his command who abused civilians.

A quick trip to his Wikipedia entry yields the following:

Following a U.S. Department of Defense survey that showed only 55% of American soldiers and 40% of U.S. Marines would report a colleague for abusing civilians, Mattis told U.S. Marines in May 2007 that "Whenever you show anger or disgust toward civilians, it's a victory for al-Qaeda and other insurgents." Reflecting an understanding of the need for restraint in war as key to defeating an insurgency, he added that "Every time you wave at an Iraqi civilian, al-Qaeda rolls over in its grave."

Mattis popularized the 1st Marine Division's motto "no better friend, no worse enemy", a paraphrase of the famous self-made epitaph for the Roman dictator Lucius Cornelius Sulla, in his open letter to all men within the division for their return to Iraq. This phrase later became widely publicized during the investigation into the conduct of Lieutenant Ilario Pantano, a platoon commander serving under Mattis.

As his division prepared to ship out, Mattis called in experts on the Middle East for cultural sensitivity training. He constantly toured the battlefield to tell stories of Marines who were able to show discretion in moments of high pressure. As an apparent example, he encouraged his Marines to grow mustaches to look more like the people they were working with.

He also was noted for a willingness to remove senior leaders under his command at a time when the U.S. military seemed unable or unwilling to relieve under-performing or incompetent officers. During the division's push to Baghdad, Mattis relieved Colonel Joe D. Dowdy, regimental commander of Regimental Combat Team-1, and it was such a rare occurrence in the modern military that it made the front page of newspapers. Despite this, Mattis declined to comment on the matter publicly other than to say that the practice of officer relief remains alive, or at least "We are doing it in the Marines." Later interviews of Dowdy's officers and men revealed that "the colonel was doomed partly by an age-old wartime tension: Men versus missionin which he favored his men" while Mattis insisted on execution of the mission to seize Baghdad swiftly.
Click to expand...

Whatever arguments one may have with that war per se, as US military commanders who took part in it go Mattis seems to have been a shining light when so many of his counterparts were fecking dire. Cultural sensitivity training? Most US generals would leave that sh1t to those Libtard Brits!
R

A man with a load of medals,makes you want to charge.But the man with the medals won't be be charging with you.

Old Mr Grouser said:
You won't often see photos of a full general carrying his own backpack.
Click to expand...

Those aren't the General's arms. Whilst I have no doubt the good general has toted his fair share of duffels that photograph is photoshopped.
"an intelligent, well-informed sparring partner for real debate" - Chris Alexander, Canada's Minister of Citizenship and Immigration from 2013 to 2015.

redsaint said:
A man with a load of medals,makes you want to charge.But the man with the medals won't be be charging with you.
Click to expand...

Here's newsreel footage of the 2003 invasion of Iraq. There's a short clip of Mattis who was then a Major General commanding the 1st Marine Division.