Growing crisis between Netherlands and Turkey

Great piece of satire from the people who brought you "America first, but the Netherlands second".

Hello everybody! I'm Turkish who is currently living in Turkey and also I'm 17 years old and I'd like to share my opinions-observations about Turkey.

First of all I appreciate Dutch society for NOT supporting that dictatorship referendum thank you very much! I support government of Netherlands about that crisis between Turkey and Netherlands.

Let's talk about Turkey: After the Ottoman Empire collapsed, our great leader M. Kemal Ataturk founded Republic of Turkey without any religion influence. He wanted to teach science, laws and democracy to his public. He tried to save those Anatolian People (Turkish, Kurds..) from islam but he failed.

Anatolian people didn't listen him. They just followed that islam. Since 1950s, government of Turkey always has been based on islamism because public prefered islamist parties. Today, %30-35 citizens of Turkey hate Ataturk and %40 like Ataturk but they just don't want to follow him, rest of them (%20-25) love and want to follow Ataturk's principles.

Ataturk wasn't a Muslim and I'm not a Muslim either. Because islam is NOT a good religion. If you ever read the Quran, you can understand that islam orders: war, strike, jihad, torture and no respect for women that's why I think islam is dangerous, Turkish people (Anatolian people) mostly don't agree those bad things but they %96-97 represent themselves as a Musllim. Because Turkey is a country which is based on secularity. But you can find some jihadist people in the Turkey.

Today, with this referendum ''Yes'' voters (around %60-65) want to destroy secularism! It is all about ignorance. Especially Anatolian culture is completely based on ignorance traditions and islamic rules. If they follow that culture's traditions-rules, they can't escape from ignorance.

As an atheist person, I don't want to live in the Turkey because people just don't love non-religion persons here especially politicians don't like us. I HATE Anatolian culture and current government of Turkey, dictator Erdogan. So, I have to find a way to move an Anglosphere country because I really like Western culture and my English is not bad (I'm trying to improve it as much as I can). I know it won't be easy for me but I'll find a way. Also I'm interested in computer hardware-software so I have some skills and still improving.

I hope that helps! You can ask anything you want.
Last edited: Mar 31, 2017
My personal websites have articles about populer science, politics and life:
http://thinkandsay.net/--http://www.foreignamerican.net/
T 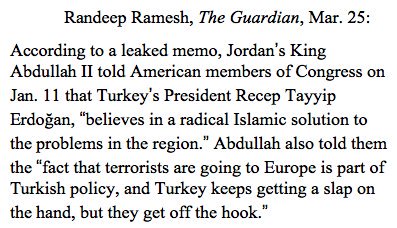