Hungary: Resistance to the Orban far-right regime emerges into the open ....

After winning a 2018 election, his third in a row, Orban said he had won a “mandate to build a new era”.
Click to expand...

It is long past time that the rest of Europe woke up to Orban's fascism, and either threw it out of the EU, or forced it back to a democratic path.
Click to expand...

How could unelected EU bureaucrats force an elected leader "back to a democratic path"?
I'd be hard pressed to think of anything less democratic than what you propose.
Mind you, that is just typical of the antifa mentality. There's no fascist like an antifa fascist.

recedite said:
How could unelected EU bureaucrats force an elected leader "back to a democratic path"?
I'd be hard pressed to think of anything less democratic than what you propose.
Mind you, that is just typical of the antifa mentality. There's no fascist like an antifa fascist.
Click to expand...

For one thing, the EU have financial auditors and civil servants who could stop Orban funneling EU money to his oligarchs and to his family.

And by the way, that is some of our tax money. You may not mind subsidising a fascist thug, but I do.

Like all autocrats, Orban is as corrupt as ****, and his corruption will probably bring him down in the end.

Bloomberg - Are you a robot?

www.bloomberg.com
"A wise man proportions his belief to the evidence" - David Hume
R

an allegation that tobacco-sale permits in a provincial town were handed out
Click to expand...

Its fairly minor stuff. And that from a guy who has dedicated years of his life to digging for muck, to sling back at the govt.
You'd find that kind of low level stuff in probably every EU country, if you were bothered searching for it.
R

For example if Orban was really such a crook, you'd think he would be keen to sell out his country and get into the asylum industry ;

In 2015, Phelim McCloskey’s personal wealth was estimated at €46 million McCloskey is a donor to the political party, Fianna Fáil, the party that set up the direct provision system. Carl O’Brien of the Irish Times reported in October 2013, Mosney Holidays: ‘donations to Fianna Fáil worth €4,050 in 2009 and €5,500 in 2008. There is no suggestion that those donations had any link to the company winning the State contract.’
Click to expand...

But Orban hasn't done that.

I'd love to know what all Simon Coveney's investments are in. I have a feeling that he has his fingers in the same pie, somehow. Certainly he has some kind of substantial property portfolio, as well as whatever the Investment Club invests in. If homelessness was solved, or rents came down, he would definitely suffer a financial blow. 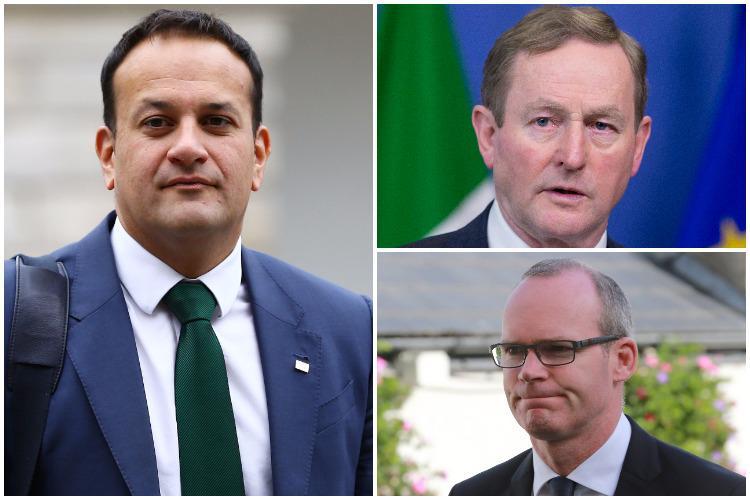 HOUSING Minister Simon Coveney has reacted strongly to suggestions he should be more transparent about his family’s wealth. Supporters of Leo Varadkar have said the minister should reveal more deta…

The main opposition party in Hungary is even more right wing. Fidesz enjoys a lot of support.

And why wouldn’t they? The economy is doing well, and the country is keeping immigration under control.

Hungarians see the result of mass immigration in the rest of Europe and rightfully recognise its not a good idea for them to follow the same path.

Hey guys, let's not rock the boat. Magyar time is all about the new york cafe, cute chicks, new teeth and horses.

Why would we want to pay more?
McTell tCurrently, I am missing certain information. That has been requested and will be added as soon as it is available available availableavailable
You must log in or register to reply here.
Share:
Facebook Twitter Email