just saw this, I assume its their press release , seemed to be a typical state funded organisation that became a pension fund that runs dags from time to time

In a statement, IGB said that the decision to close Harolds Cross was taken with regret, but it has been decided to concentrate Dublin racing activities in IGBs national stadium, Shelbourne Park, which is located approximately two miles from Harolds Cross. The weekly racing programme will be expanded at Shelbourne Park, which has twice the capacity of Harolds Cross, to four days per week from next Friday 17th February 2017. All 12 staff affected at Harolds Cross will be offered redeployment by IGB. We acknowledge the staffs excellent contribution to the business over many years.
An overriding financial consideration informed the decision to concentrate our Dublin racing in Shelbourne Park. The legacy debt burden (net group debt is 20.3 million) which the industry and IGB have been struggling with since the Limerick Stadium project, which cost 21 million on completion in 2011, necessitates the sale of Harolds Cross and the realisation of its asset value. IGBs business plan is to address its significant debt, eliminate bank borrowings and reduce interest payments. The Indecon Report commissioned in 2014 by Government and accepted by the Board of the IGB, recommended the sale of Harolds Cross to reduce debt levels. There is no alternative to this course of action. Unless the debt issue is addressed, no viable future exists for the industry and the sale of Harolds Cross offers the most significant opportunity to reduce that debt.
IGB has taken the decision to bring forward the closure of the stadium and its sale. The decision to close Harold's Cross with immediate effect has been taken so that IGB can move forward with creating a viable future for the industry without delay. The uncertainty surrounding the future of Harold's Cross has been a distraction for the business. The closure of Harold's Cross and the transfer of the racing schedule to Shelbourne Park will bring an end to this uncertainty and allow IGB continue to grow the sports profile and business in Dublin.
It can also be confirmed that Savills PLC have been retained to provide strategic property advice around the future sale of the Harold's Cross Stadium.
IGB acknowledges the long and proud tradition of greyhound racing at Harolds Cross and realises the unavoidable closure will be regretted by its many patrons in the greyhound industry, who will be accommodated in Shelbourne Park. IGB will work to promote Shelbourne Park in every way possible to ensure its success. The Harolds Cross closure will avoid the dilution of scarce resources across two locations and makes long term strategic sense from a logistical, financial and organisational perspective. Stadia are capital intensive and require ongoing investment. Put simply, IGB has not been in a position recently to invest in the future of Shelbourne Park, the industrys flagship venue.
This is a step in the creation of a long term viable future for a very important traditional entertainment and sports activity in Ireland providing many jobs in the greyhound industry.
Dr Sean Brady Interim CEO IGB expressed regret that this unavoidable action has to be implemented at this time but the sale of Harolds Cross is absolutely essential in order to address the enormous debt IGB faces. However, it is necessary to preserve the greyhound industry and begin a process of recovery. This will see change and an improvement in how IGB operates and performs which will become more evident in the years ahead. We are committed to making Shelbourne Park perform excellently for all Trainers, Owners, Patrons and Staff, especially for those for whom Harolds Cross was their greyhound home. This will be challenging for all of us but there is a need for all stakeholders to leave aside disagreement and work together through a process of change and opportunity from which improved performance can be extracted.
Click to expand...

"So you think humans should run their societies like lobsters?"........ Cathy Newman C4 News

Sensible idea all round.
Two dog tracks so close to each other is obviously non-viable.
And Shelbourne Park is far superior. A completely different league.
I don't think anyone can complain about using the sale proceeds to pay down debt either.

mr_anderson said:
Sensible idea all round.
Two dog tracks so close to each other is obviously non-viable.
And Shelbourne Park is far superior. A completely different league.
I don't think anyone can complain about using the sale proceeds to pay down debt either.
Click to expand...

Harold's Cross is a better racing track, according to those in the know.

Yes.
IGB need to be investigated.
Repeal the thirty-fourth amendment of the Irish constitution :
Children have a basic right to be reared by a mother and a father.
T

Pity they couldn't have a few farewell fixtures ...it would be nice to have a big crowd there a night or two for old times sake ...

Bigger question is why taxpayers used to fund dog and horse racing at all.
I care about all sorts of crap.
P

Can't help feel this is a big mistake.

Just like when they closed down Baldoyle and the Phoenix Park(both horse racing). 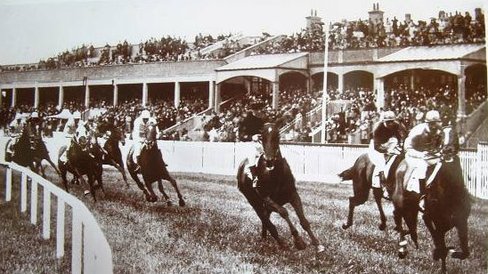 We appreciate the move by the Government today and remind ourselves that it is a bail-out by taxpayers for the banks. Pearse Doherty
T

45 years later nothing has been done with it.

All that has been built is a marketing suite.
We appreciate the move by the Government today and remind ourselves that it is a bail-out by taxpayers for the banks. Pearse Doherty
O

LDF said:
Bigger question is why taxpayers used to fund dog and horse racing at all.
Click to expand...

why does the state fund gaa athletics swimming soccer why do the doggie people fund the corrupt board of the igb
You must log in or register to reply here.
Share:
Facebook Twitter Email