With the management and shareholders of one of Russias biggest regional lenders deep in unsuccessful talks with the central bank about how to save it from collapse last November, an obscure company in Dublin sold $60 million of bonds on its behalf.

Irish special purpose vehicles like the one that issued the notes are unregulated companies used to borrow money on behalf of corporations around the world. Critics say the entities obscure risk and sometimes fails to adequately vet the beneficiaries.

Why is a Russian bank in the middle of nowhere raising dollars through an Irish SPV using brokerages in Hong Kong? said Shaen Corbet, a finance professor at Dublin City University. Ireland says its locked down on this kind of stuff, but it hasnt really.
Click to expand...

Based on the information we have now, theres a good chance this money was never going to be repaid, Dublin City Universitys Corbet said. If there were questions about this bank prior to the bond issue, if there were questions in the markets, youd have to wonder why the Irish central bank didnt pick up on it.
Click to expand... 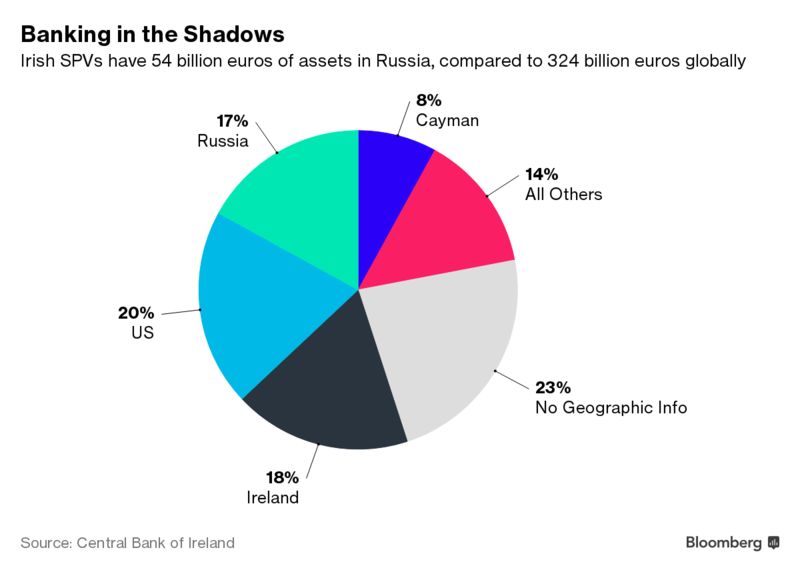 Looks like Ireland PLC just cannot give up old habits?

when they say 'assets' do they mean corporate debt? I only ask because the national 'asset management' agency actually refers to a bundle of corporate debt.

Which is only actually an asset to bankers. To everyone else it is someone else's debt.
It was all foretold in the foretelling. Unsurprisingly.
You must log in or register to reply here.
Share:
Facebook Twitter Email