Southern states of America were not desegregated in 50's, 60's and 70's without massive campaign. There was also violence involving both sides. But mainly by the White community.
Apartheid South Africa was not dismantled without a long campaign. The Whites fought to hold on to their rights.
Vietnam was not re united without a long vicious guerilla campaign and conventional war.
Algeria did not achieve independence from France without a long vicious struggle.
Israel did not achieve independence from the UK authority without the King David hotel bombing.

JimmyFoley said:
Peace process. :lol: Provo-speak for doing what everyone apart from you inbred fûckwits told you you'd end up doing.

He is so brainwashed that he won't see that. Not even with binoculars.
Ravaging liberalism is Irelands new modern version of the intolerant RCC of the 1950's.
D

What I have always said when the British "refused to talk to terrorists" was , and I believe John Hume eventually arrived at the same conclusion was.
Relationship counsellors don't refuse to talk to one party of the relationship, but instead speak to relatives. They speak to the parties involved in their entirety.
I think without Hume this realisation would never have come about, see Seamus Mallon as an example.
B

redneck said:
Southern states of America were not desegregated in 50's, 60's and 70's without massive campaign. There was also violence involving both sides. But mainly by the White community.
Apartheid South Africa was not dismantled without a long campaign. The Whites fought to hold on to their rights.
Vietnam was not re united without a long vicious guerilla campaign and conventional war.
Algeria did not achieve independence from France without a long vicious struggle.
Israel did not achieve independence from the UK authority without the King David hotel bombing.

Finally Southern Ireland (Eire) needed a politcal and military campaign to gain a form of independence from Britain.
Click to expand...

It is not Eire
The official name is Ireland - fairly basic knowledge.
Where are you from?
P

cricket said:
Hume's analysis re uniting the people rather than the island is bang on the button and highlights the madness of the provos who were determined to bomb and shoot the unionists into reconciliation.

Your belief in the status of the GFA being lodged at the UN is both naive and laughable. Supposing the UK break it, what will happen. A meeting of the UN would be called, at best a motion calling on both sides to do all in their power to adhere to the agreement would be passed and all delegates, having signed for their expenses, would head off home and nothing would change as a result of the motion being passed.
You don't believe me ?
Click to expand...

You display at best a naive and laughable view that the Brits abide by the GFA out of a sense of fairness or honor. When is the last time the Brits flouted international opinion especially the US and the UN ? I'll tell you, the Suez crisis in 1956 which only turned out to be a humiliation for the Brits with the pound plummeting due to the US dumping sterling reserves and UN condemnation including the possibility imposition of sanctions on the UK. Do you seriously think the US State Dept would ignore anyone tearing up an international agreement it had brokered and the EU allow the Brits to throw their weight around against another EU nation ?
All this uniting the country by reconciliation baloney was just tokenism by Hume and the SDLP and FF/FG/LP to try and make out they were doing something about bringing about a UI when they knew full well the unionists would reject it all anyway. Indeed voting patterns before, during and after the troubles have shown no change whatsoever with the Taigs voting nationalist regardless and the Prods vote unionist regardless.


Just look at how effective the UN are when in comes to Israel.
Click to expand...

Israel is the 51st, or as some would say the 1st, state of America and gets the total backing of the world's most powerful country regardless while the Brits are only a second rate power in Europe and a third rate power in the world. The Brits are already in enough trouble with Brexit, alienating the EU and US more would be the last thing they need.
Who was Minister of Health 2014 - 2016 overseeing planning and procurement for the new Children's Hospital it's with duel contracts, no fixed pricing etc ?? Varadkar of course !!
P

hollandia said:
Except for the key difference in that the GFA actually did come about as the outworkings of Hume's efforts. You mightn't like it, but it's a fact. And you'll just have to suck it up.
Click to expand...

Uncle Tom Hume had nothing but empty words and clichés all his life, the fella was a willing puppet of the Brits undermining nationalism and leading it up the garden path. The realpolitik forcing the Brits to negotiate was the bombs and bullets of the Provos, not the platitudes of Hume. As Bismark would put it with the too real truth "The great questions of the day will not be settled by means of speeches and majority decisions but by iron and blood." 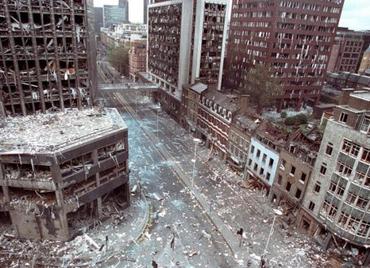 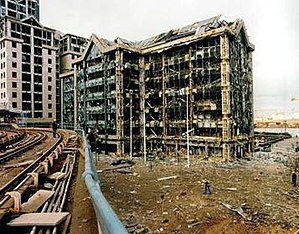 hollandia said:
Clearly not, but play the utter gobshyte all you want.
Click to expand...

Play the utter gobshyte all you want hollandia, your big hero Uncle Tom Hume spent his life undermining Irish nationalism as a quisling while been one of the best paid politicians in Europe with his MEP and MP salary's and all the other perks of office. Privately he wasn't shy about his hostility to Irish nationalism, a closet unionist through and through.

"Mr Hume argued that his native and predominantly nationalist Derry had closer links with Glasgow than the west of Ireland or even Dublin, according to the newly-declassified documents released into the National Archives. Mallon on the other hand disagreed with this and spoke of the desire for Irish unity as a deep motivating force North and South of the border," Mr Dorr said in the letter which was copied to the Taoiseach Garret Fitzgerald and Tanaiste Dick Spring."

https://www.belfasttelegraph.co.uk/...n-split-on-issue-of-irish-unity-35330036.html
Last edited: Aug 13, 2018
Who was Minister of Health 2014 - 2016 overseeing planning and procurement for the new Children's Hospital it's with duel contracts, no fixed pricing etc ?? Varadkar of course !!

//
Privately he wasn't shy about his hostility to Irish nationalism, a closet unionist through and through.//
Click to expand...

How are you ever going to unite with the prods if you can't get on with or respect the other varieties of CNR?

It's a basic question if unity is ever on the table. If John Hume's nationalism was evolving, then so must yours.

I predict that you won't like island-unity when it comes. A coalition of FF-FG-exUnionists will preserve a majority and a lot of public funding will fall away. Boxes of tissues will be supplied gratis for a short time.
McTell tCurrently, I am missing certain information. That has been requested and will be added as soon as it is available available availableavailable
E

gatsbygirl20 said:
I had expected a very prominent thread on this programme. Goes to show I suppose how Hume, once such a political colossus, is forgotten by younger generations

The programme showed the slow, patient cultivating of influential American politicians in Washington and the risks they were eventually persuaded to take and the pressure applied on the UK and others

It was an amazing, strategic use of soft power, whether one agreed with the outcome or not. It could have implications for exerting political influence in other contexts--perhaps lessons were indeed learned from it in the exercise of soft diplomacy, the importa

Hume's vision originally seemed somewhat naive, but it eventually came to pass in some form.

Like an IT expert building a robot, Hume must have known that if his vision came to pass it would render him and the SDLP redundant, as he would be a mere facilitator, as the more extreme margins on both sides would be the players who would make or break any deal

Bill Clinton expressed this idea very well, but I cannot remember his words... He said Hume was willing to make a personal political sacrifice for a settlement, knowing that a deal and its attendant risks would inevitably see both communities supporting their own strongmen, not the more wishy washy middle ground

Séamus Mallon was understandably mightily p1ssed off with Hume's solo runs and lack of team spirit, but Hume was probably, like most visionaries, too much of a maverick to play the team game
Click to expand...

Agree 100%
I first met him when he was President of the Irish League of Credit Unions. He did a lot to build up that movement into the force it is now. His own CU, Derry, was an example and template for many others.

Preached non=violence in politics. His patient advocacy in the US got powerful support there for the GFA.