Firstly I do not believe that the novel merits the attacks however this does illustrate the dangers and at times stupidity of using "Political Correctness" against one's enemies- it can very easily boomerang against you as what has happened in this case. Certainly though by the standards that Labour have been attacked for anti-Semitism than well yes the novel must count as highly anti-Semitic. It will be interesting to see if the Jewish Establishment in Great Britain go after Borris Johnson in the same way that they have gone after Corbyn. I think Labour should pointed out the hypocrisy of the Conservatives and left it at that. No segment in my view of UK society whether it be Anglican, Catholic, Irish Republican, Ulster Unionist, Muslim, Socialist, Bahai, Libertarian or indeed Jewish should be above criticism and satire.

".......Mr Johnson wrote: “And the news from the voting was still bad for America, though not as bad as it had seemed at first. Some countries, such as Saudi Arabia were reporting almost 100 per cent insistence that the prisoners be sent home.

"But there were odd pockets of support for the President. He might have thought that Russia, after her humiliation in the Cold War, would take the chance to put her boot on the neck of the old adversary.
"But no, the Russians had their problems with Islamic terror. Maybe there was some kind of fiddling of the figures by the oligarchs who ran the TV stations (and who were mainly, as some lost no time in pointing out, of Jewish origin), but it seemed that Russia, one of the most populous countries in the world, was voting heavily for America."

Mr Johnson, who visited Grodzinski Bakery in Golders Green on Friday in a bid to woo voters in Finchley and Golders Green, also described a Jewish character called Sammy Katz, as having a “proud nose and curly hair.”
He described the character as someone who “relied on immigrant labour” and visits the red light district in search for “a bit of black”......"
And the neighbours they clap and they cheer with each blast
But farewell Akiva, the sky is changing colour, and I must leave fast.

Jews don't seem to be worried about Boris.

But, Jeremy Corbyn is "the greatest threat to Jews in the world." 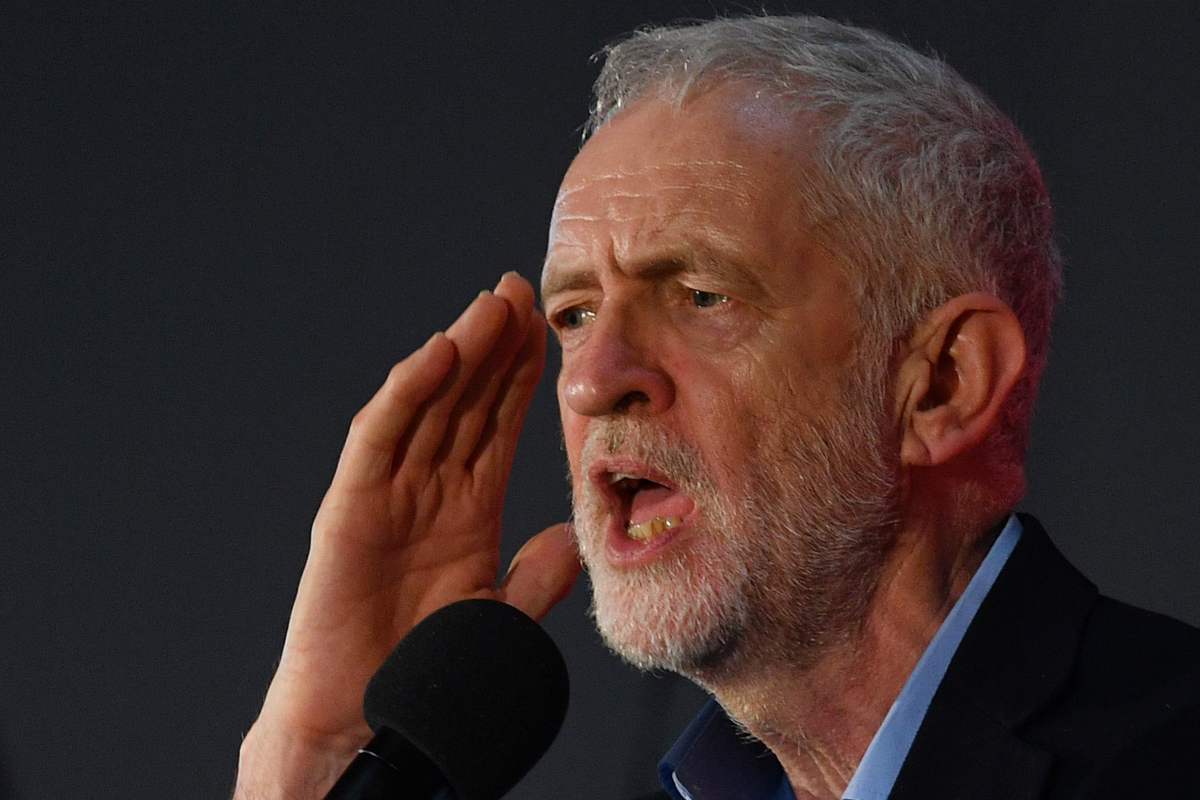 JEREMY Corbyn is the biggest global threat to Jews according to the world’s leading Nazi-hunting organisation. The Simon Wiesenthal Centre of has ranked the Labour Party under Corbyn’s …

The problem they have with Corbyn is his support for the Palestinians.

Levellers said:
The problem they have with Corbyn is his support for the Palestinians.

Reopening Auschwitz - The Conspiracy To Stop Corbyn
Click to expand...

Actually I am pretty sure a significant segment of the Jewish community in Britain actually do believe that Jez is a potentially genocidal Jew hater, this is of course absurd, but given the power and influence that this community has within the UK which is way out of proportion to their numbers, for the sake of the Jews as much or even more so than for everyone else, their needs to be UK wide conversation on Jewish culture and the ways that it is destructive to self and others- the Left though is incapable of doing this because of the straight jacket of "Political Correctness" and the Right rather than caring about society as a whole see accusations of "anti-Semitism" as mallet to hit Muslims and the Left over the head.
And the neighbours they clap and they cheer with each blast
But farewell Akiva, the sky is changing colour, and I must leave fast.
B

Many Muslims are Anti-Semetic . May Muslims support Jeremy Corbyn .