<mod> threads merged from here </mod>
​
Among others, a hairdresser has raised £27k in crowdfunding and has launched a case against Brexit. It will turn on who approves/decides to push the article 50 button, Ms May on her own, or the London parliament.

If May mentions it in parliament, what is she going to say that we don't know? I.E., "we have a few deals in the pipeline, but we can't sign anything off with the EU, or the rest of the world, until I start article 50".

MPs could then debate - what? The referendum act was approved by them and signed off in late 2015.

The referendum happened as planned. Nobody is saying it was conducted badly. Everyone knows the questions and the result.

If the MPs voted to stop her effecting article 50, how would that be done without an overwhelming majority? All they could do is express their dismay at the democratic result. They have all been over-optimistic or fibbed in past campaigns, so the Brexit fibs / over-optimism isn't anything new.

Have we any legal eagles to shed light on this?
Last edited by a moderator: Nov 3, 2016
McTell tCurrently, I am missing certain information. That has been requested and will be added as soon as it is available available availableavailable

Finbar10 said:
Am not a legal eagle, but I guess if the courts find that parliament has to do this via legislation, then one implication is that the House of Lords could potentially delay things for about a year.
Click to expand...

Interesting. But I wonder would an unelected chamber want to be seen to delay the outcome of a popular referendum?

Especially as it's a chamber nominated by the so called "Westminster elite".
McTell tCurrently, I am missing certain information. That has been requested and will be added as soon as it is available available availableavailable

NB a possible veto of a brexit deal: missing the (obvious?) point that a post-brexit uk will see all eu citizens as aliens.

At an end of the summit on Friday, Mr Fico said that he and other Central European leaders whose citizens make up much of the EU migrant population in Britain would not let those people become "second class citizens".
But in the interview with Reuters news agency on Saturday, he went further.
"V4 [Visegrad group] countries will be uncompromising," he said. "Unless we feel a guarantee that these people are equal, we will veto any agreement between the EU and Britain."
McTell tCurrently, I am missing certain information. That has been requested and will be added as soon as it is available available availableavailable

Adam Battersby said:
It's a promise - sent in print to 27 million homes - that says the government WILL implement the result of the referendum.

The Remoaners need to stop lying. The referendum result was anything but advisory.
Click to expand...

Essentially the commons didn't want to debate it, or decide it, and it had been in the winners' election manifesto. So it was turned over to the people to make the decision. That's what I understood.

It's hard to argue against holding referendums in a democracy. Naturally lots of people will be unhappy with the result.
McTell tCurrently, I am missing certain information. That has been requested and will be added as soon as it is available available availableavailable

Should be public within the hour, but will be appealed by the loser:

It's been announced just now on Sky News that the government's Brexit strategy will require the approval of parliament. This means the government cannot trigger Article 50 of the Lisbon Treaty on its own.

Downing Street says it will appeal the decision to the Supreme Court.

Faisal Islam, the Sky News political correspondent has just quoted the judgment. It's not a marginal victory: it's an "emphatic victory". It goes right back to the 1972 EEC accession bill. :lol:

They WON, so that's how an unwritten constitution works


Posted at10:06​
Campaigners have won their High Court battle over Theresa May's decision to use the royal prerogative in her Brexit strategy.
McTell tCurrently, I am missing certain information. That has been requested and will be added as soon as it is available available availableavailable
T

If they lose the appeal I wonder the will the Torys call an election before they have a vote on it.

if the parliament override it there will be civil war
"So you think humans should run their societies like lobsters?"........ Cathy Newman C4 News

What a clusterf*** the whole thing has become.
Valamhic - Some "lunatic making crazy claims" - according to the moderation team.
T

Oh the LOLs.
This is gonna be great.
Life is hard
That's why no-one survives

silverharp said:
if the parliament override it there will be civil war
Click to expand...

What a clusterf*** the whole thing has become.
Click to expand...

This is what happens when you don't have a proper constitution and properly set out criteria for the holding of referendums.

Oscurito said:
This is what happens when you don't have a proper constitution and properly set out criteria for the holding of referendums.
Click to expand...

This is what happens when politicans play silly buggers and put party unity before their country.
Life is hard
That's why no-one survives
T

between the bridges said:
Ah Jaysus, Nigel will be making a comeback to follow his previous comebacks...
Click to expand... 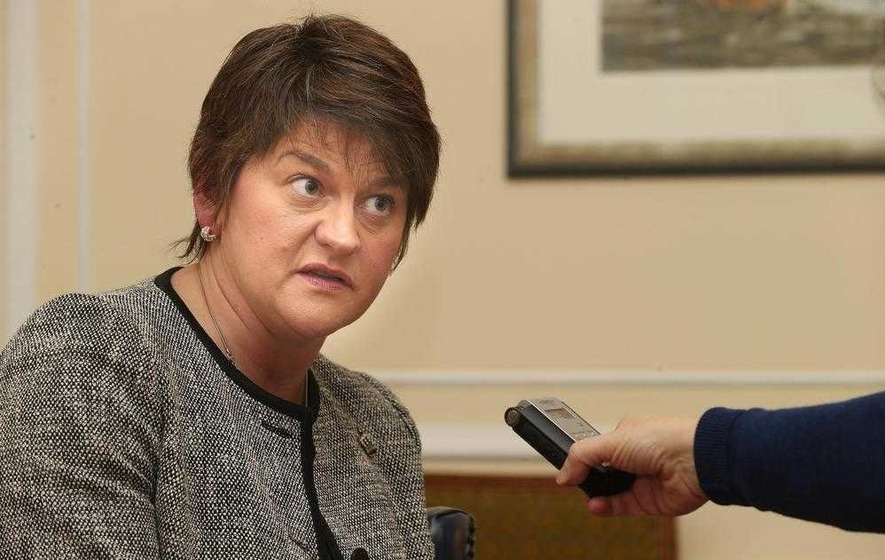 Free the Fermanagh Wan, with every jar of Marmite. petunia

Makes sense ...
Parliament has always been the supreme legal authority in British law