Maurice McCabe to retire this evening

artfoley56 said:
put simply, the state must not be allowed to enter into any secret settlements where malfeasance, malafides and incompetence are involved. once the huge figures are revealed it makes it an awful lot more difficult for the politicians to wash their hands of it.
Click to expand...

I'm just reading the FB comments on the article about this -all well wishing comments, which is fine as if somehow a victory for McCabe is a moral victory for the citizens - except all it really is is a payoff (well deserved, but a pay off to bury the past).

The sleaze McCabe uncovered is still going on - albeit potentially a bit more covertly - the citizens have been treated almost as badly as McCabe here - we're paying the payoff but getting the same corrupt state agencies despite all the alarm bells.
The more things change....

Yep. There are Assistant Commissioners around the country as well progressing in stately Buck Mulligan fashion toward the pinshin despite having overseen large-scale fraud in the reporting for their designated Road Traffic area.
It was all foretold in the foretelling. Unsurprisingly.

Disillusioned democrat said:
it really is a payoff
Click to expand... 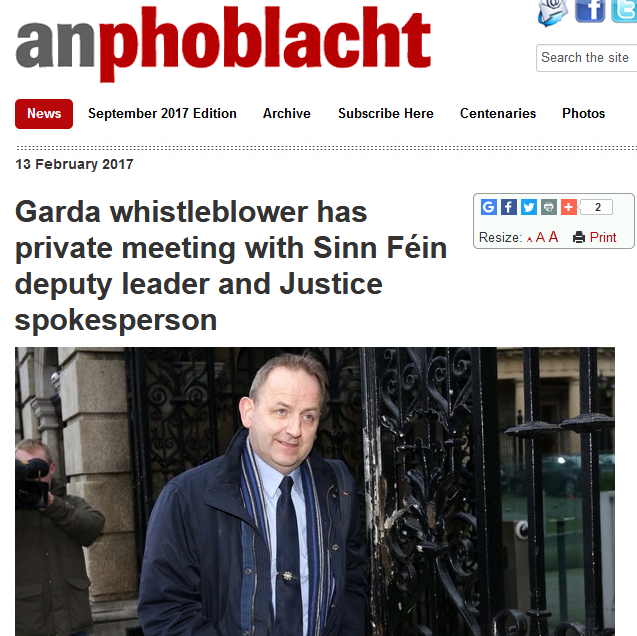 Nor would I begrudge Maurice McCabe a penny of it. I'm not sure whether any amount of money can erase the years of hell he and his family went through.

I remain very impressed by the man and would, when I think back over the way he has conducted himself throughout, suggest that in the parting of An Garda Siochana and Maurice McCabe the former has lost one of its better officers. And clearly someone with qualities that can and should have been promoted, not to mention the impressive intelligence levels he displayed when under severe pressure and 'under the guns' of his superior officers and far too many colleagues.
.
Oh for a hundred McCabes.
It was all foretold in the foretelling. Unsurprisingly.

Lumpy Talbot said:
i remain very impressed by the man

An Garda Siochana has lost one of its better officers
Click to expand...

why would an honest uncompromised Garda have private meetings with SF after what they did to Jerry McCabe ?
F

LISTOWEL MAN said:
why would an honest uncompromised Garda have private meetings with SF after what they did to Jerry McCabe ?
Click to expand...

Ah but they are different now and are willing to cooperate in investigating previous criminal activity by their pals in the Provost
Dfhag an gunna, Tog an canolli

The entire organisation is rotten to the core and I was told that by a Garda.
There are only two genders.
F

Herr Rommel said:
The entire organisation is rotten to the core and I was told that by a Garda.
Click to expand...

So he must be rotten too so can we rely on his opinion.
After all look what happened to Superintendent Hastings in AC 12.
Dfhag an gunna, Tog an canolli

Frank Miller said:
So he must be rotten too so can we rely on his opinion.
After all look what happened to Superintendent Hastings in AC 12.
Click to expand...

I've known him forty years and he is to honest for his own good. He is escaping them now with retirement coming up.
There are only two genders.

Frank Miller said:
So he must be rotten too
Click to expand...

LISTOWEL MAN said:
why would an honest uncompromised Garda have private meetings with SF after what they did to Jerry McCabe ?
Click to expand...

Maybe because he was being shafted by FG and their "opposition" in FF and needed to get some support in the Dail to raise and expose the sleaze? In the end it was probably Howlin did the most for him, but was probably a necessary evil
The more things change.... 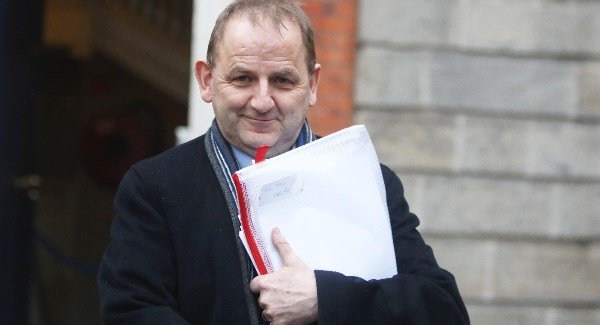 Three social workers involved in the processing of the false Maurice McCabe sexual abuse allegation in Tusla are to face a fitness to practise inquiry.
www.irishexaminer.com

I think it's about time.
Non gratum anus rodentum.
L

Must be timed to go just beyond the statute of limitations on likely charges if the inquiry turns up anything more than fishy and in fairness this lot at Tusla smells like a seven day dead whale in a tuna salad thirty metres down on the sandy bottom off've Rosslare strand.

That's hardly a lightning response. It makes me suspicious whether we're about to be fed some carefully prepared horsesh1t calculated to go from page two to page eleven over a few years.