Money and Safety in Hi Tech

With high tech comes issues of safety, as a link I will introduce very clearly outlines by a very intelligent individual and he does so in just about 20 minutes, which isn't too long to convince you that safety is a must in high tech.

We have high tech entering into the lives of billions of humans on this planet at a pace that is mind boggling. Maybe you think that is an exaggeration, but the Internet is more and more reaching into people's homes, and people's businesses; large and small. It is not an exaggeration to state that billions are affected.

What I think is a problem is that people think of safety in terms of whether that tree is going to fall on my car, or if that manhole cover is secure, or if one blown tire on an aircraft landing gear system will still allow the flight crew to get that bird down safely. You know, people tend to think of safety for those things we can touch. Those brick-and-mortar things.

But safety also should be considered when a program is written that millions or billions of people may rely upon to do some mundane chore in a living or business environment.

Yes, there is a lot about keeping them spammer folks from getting your money in some Al Capone way, and on the factory floor there are people who are very serious about safety in codes written to run machines and such like that; but might there be other areas in digital high tech where maybe safety isn't closely watched by busy folks running around taking care of daily this-or-that? You know, you and me and papa and mama, and the kids and your teacher and all those normal folks that are so busy and safety is just about that tree and that hole in the road (probably not that landing gear).

As the Internet becomes more and more relied upon by more and more people on Earth, and off, we need to ask whether the level of awareness about safety in code writing is properly addressed by the high tech company upper-management; and whether the average Net citizen has any awareness at all of safety being important in what they do on the Net, outside of that one that everyone knows about --- stopping the Net Capone types.

Now this gentleman you might want to listen to was involved in a high tech decision related to safety that ended up taking the lives of some really cool people and it could have been avoided if the issue of safety had taken the front seat and had not been asked to go to the back of the room.

Yes, this safety issue is related to brick-and-mortar, but that shouldn’t matter. We need to start thinking of code writing as not something done by some mysterious folks like them monk fellas thousands of years ago that copied stuff into book formats because there were no copy machines and printing presses. Code writers aren’t monks. Well, some aren’t. Code writers should be looked upon like that mechanic fixing your car, when safety comes to your mind.

I sat in a meeting a couple of years back while an enthusiastic academic outlined some technological advances around 'Smart' TVs. What people don't realise, because they are concentrating on the service they are receiving with wifi, smart tv, programmable cookers, heating and lighting is that these systems are two- way providers of information.

They beam entertainment and news into your home but beam an awful lot of info back out to the owners and administrators of the smart TVs.

Last year an 11 year old girl had her mobile 'phone taken from her because her mother reckoned she was on it too much. Little girl didn't like that so managed to hack into the software in the family's Smart fridge and emailed her mates from there.

That's how open household software is. Now realise that the providers of your Smart TV services can tell at any time who is in your house, what room they are in at any given time of the day, their purchases tracked, their home/work life is revealed. Now put that together with email and telephone communications and intrusive surveillance carried out there.

The danger isn't in the software or the hardware. The danger I think is in the unthinking convergence of data where people's entire lives are electronically supported and controlled. Mobile number tracking, GPS location. All of these things examined separately are innocent enough in themselves but the data they produce in real time is Big Brother's wet dream.

In fact it is better than Big Brother. Because in 1984 everyone had to gather collectively to find out how Big Brother was protecting them today, whereas the technology now means you can be controlled in your own home.
It was all foretold in the foretelling. Unsurprisingly.

Your post triggered my old brain about some trouble a few years back and I just went looking and I hope that an NPR page is neutral enough so as not to raise hackles with any P.IE citizens: 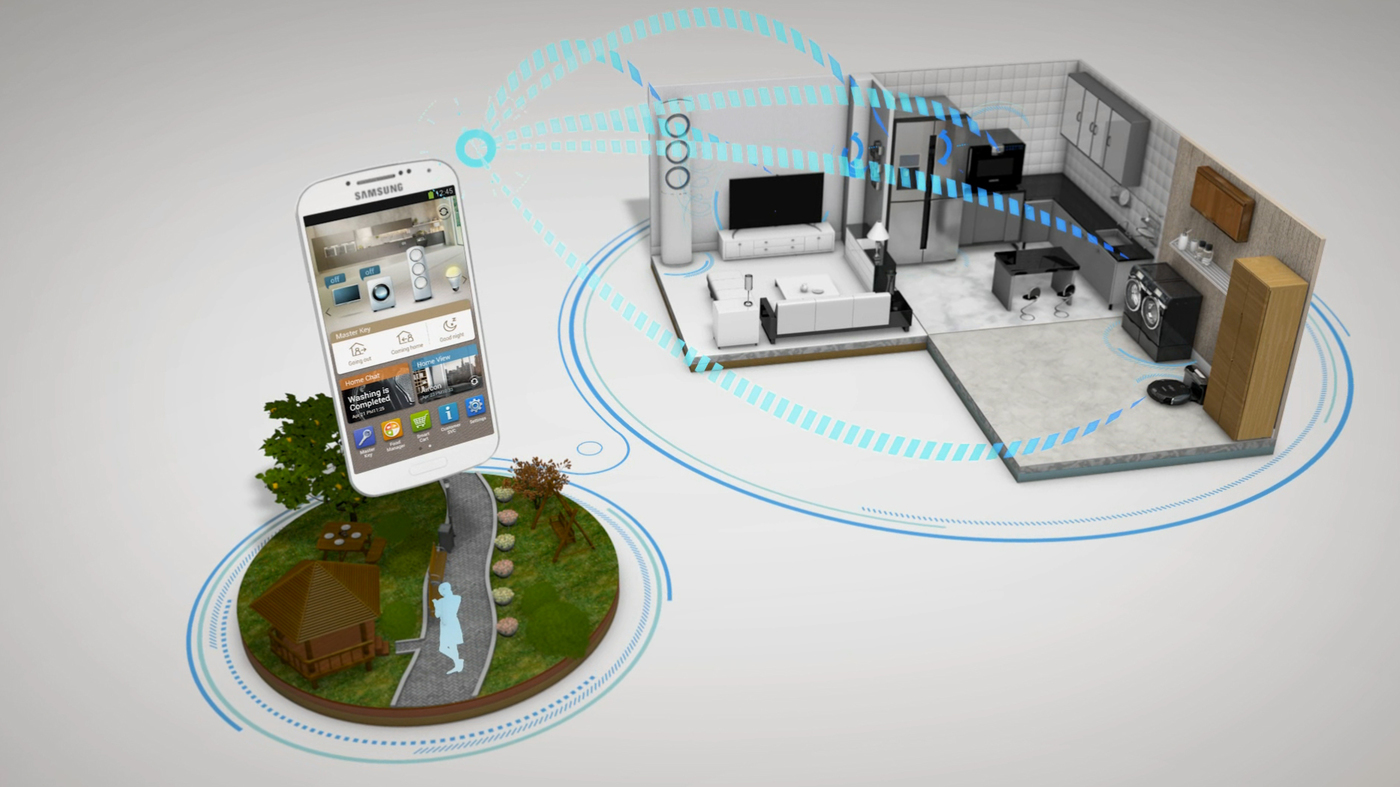 What Do You Do If Your Refrigerator Begins Sending Malicious Emails?

Consumers are beginning to buy Internet-connected appliances, but companies haven't done enough to protect the machines from hackers, says an information security expert.

But the key question is if the code writers told the folks that own the company that the code could be used by bad folks and the owners said that the money made was more important than the problem of some bad guy/gal using the software in a bad way. I would assume the minutes of that sort of meeting would remain confidential and only some investigation by some government folks could get the minutes released for the public to know what some owner or company president decided even after being told there could be problems.

NOTE: I know that even NPR has a bit of a political bent in its manner of covering the news, but it is about as neutral as I could get with the choices the Google folks offered in the search I did. You see, I've noticed that a whole bunch of folks here love to get all into all that political stuff and I am just not so swift with that political stuff and try to stay neutral. On politics I am a terrible navigator. At 10,000 AGL I used to be able to navigate just fine, but down here on Earth it is much tougher.

Oh yes, one more note: I will get very, very concerned when my dog starts hacking my systems to send email messages. THEN we really have a problem!
<Non omnia possumus omnes.>

Might be a side issue here but internet and social media algorithms are being used to drive people insane. Probably a lot of people in the US triggered into violence because of algo driven news intended to maximise clicks and revenue, its like a dodgy social experiment
"So you think humans should run their societies like lobsters?"........ Cathy Newman C4 News

Although I am sort of hoping to focus this on the average folks at home that might be at risk because certain decisions are made disregarding safety warnings so as to make money, we certainly cannot completely set aside such horrible decision-making processes that result in this: 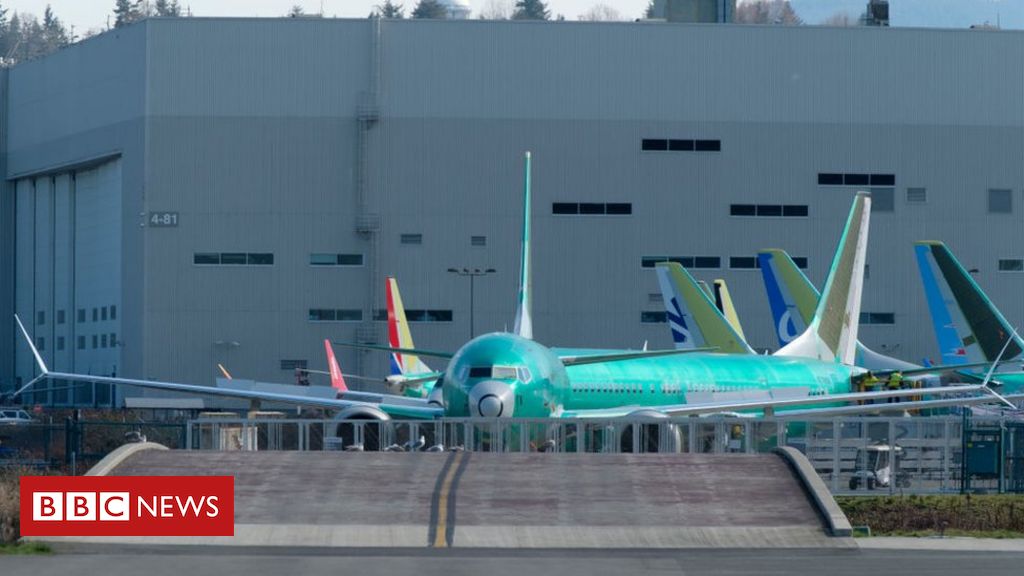 The firm hid details from the regulator and pilots which led to two fatal crashes, a report finds.

silverharp said:
Might be a side issue here but internet and social media algorithms are being used to drive people insane. Probably a lot of people in the US triggered into violence because of algo driven news intended to maximise clicks and revenue, its like a dodgy social experiment
Click to expand...

Social media and liberal democracy may turn out to be mutually incompatible. Every issue becomes tribalized and impossible to discuss in a calm, respectful and rational manner.

Ardillaun said:
Social media and liberal democracy may turn out to be mutually incompatible. Every issue becomes tribalized and impossible to discuss in a calm, respectful and rational manner.
Click to expand...

the positive side is that its created a version of direct democracy, the state gets instant feedback and often cant just ignore it. On the flip side who agreed that Google would choose your government?
"So you think humans should run their societies like lobsters?"........ Cathy Newman C4 News
You must log in or register to reply here.
Share:
Facebook Twitter Email