Occitania on the map

The newly-amalgamated Midi Pyrenees Languedoc Roussillon region will become Occitania, after receiving most votes in a public poll. The decision must be approved by politicians, but the cultural revival of Occitan identity poses a challenge to Parisian centralisation.

Damn....I was hoping for "Frenchy McFrench-face"
“I may not agree with you, but I will defend to the death your right to make an ass of yourself.”

Nothing to do with the brand L'Occitan by any chance?
The delicious art of politics, Hatred served one cold dollop at a time
B

Chunder said:
Nothing to do with the brand L'Occitan by any chance?
Click to expand...

Well, the term "Occitan" has only come in vogue in recent decades to unify the various dialects previously classed as "Provencal", in order to show a greater geographic range, and L'Occitan is from Provence:

Where do they stand on French kissing?

effer said:
Where do they stand on French kissing?
Click to expand...

One must ask the important questions, don't you think? Frankly, it sounds like a sinking ship which is probably apt considering it hasn't cut loose from the EU. TBH, I couldn't give a dam about Occitania, it can go sh1te for all I care.

Its almost like an EU referendum in that the results are no recognized.
'The wall will go up and Mexico will start behaving.'

Am I allowed to take this one seriously?

If so, I'm a bit confused about geography.

For a start, the name "Occitania" is provisional, and would not be confirmed until it goes to the Conseil d'Etat in October. Even so, as farnaby implies, there is something adrift with the name. The area where "Occitan" is the dialect reaches from the Pyrenees into the Alps and Italy:

As farnaby said, population some sixteen million.The area now claiming to be "Occitan" is much smaller  5.5 million (and I'd hazard, especially beyond Toulouse, and out of the summer tourist season) less financially well-greased: 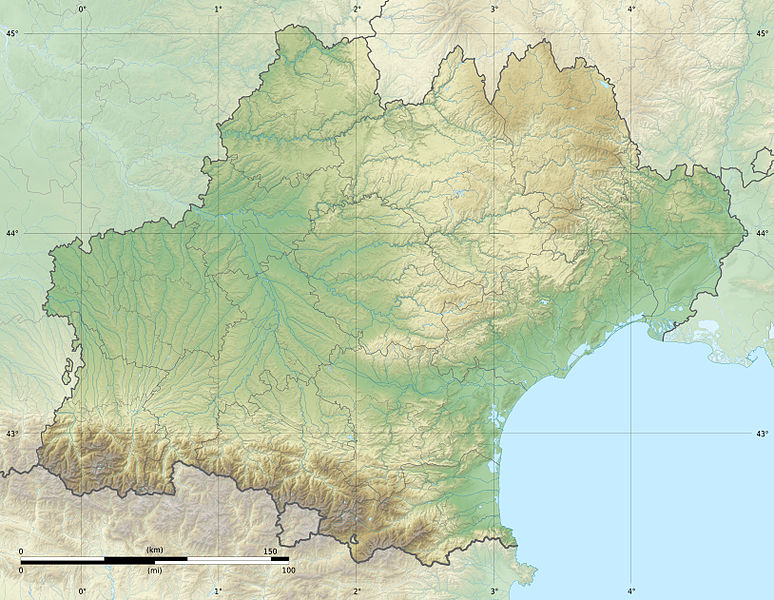 Then it gets political.

This is an area which tends to vote left, and has shown some resentment against control by les Franciliens of l'Île-de-France, particularly so when they swan off home at the end of August. Any mass Occitan movement is a creation of recent years, rather like the surge of Scots nationalism.
You must log in or register to reply here.
Share:
Facebook Twitter Email