Last edited: May 14, 2017
In Ireland, conventional wisdom has it that there is a nascent Palestinian state ready to come into existence, that there is a Palestinian people with a firm sense of national identity with whom we can show solidarity by flying one flag from our public buildings.

The reality is very different.

For at least a decade now, there has been major tension between the two major Palestinian factions, Fatah and Hamas following a brief and bloody war in Gaza in 2007 in which Hamas militants exterminated anyone with a known connection to Hamas. Fatah might claim to be the Palestinian government but their writ only runs in the West Bank and Mahmoud Abbas would probably be lynched if he showed his face in Gaza.

However, Fatah still wants to re-establish control in Gaza and to that end are now imposing more and more stringent economic sanctions on Gaza. Funding for electricity has been cut off and wages for public servants in Gaza have been slashed.

Recognize Palestine? The Palestinian factions don't even recognize each other!

Hamas and Fatah militants attack each other in Gaza (Source: Haaretz)

Give up your ole zionazi hate wascurito 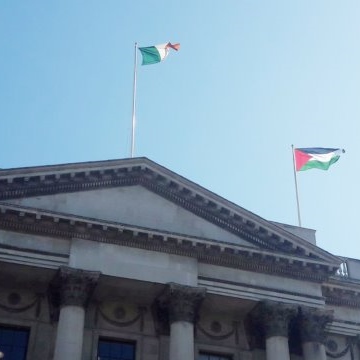 There were local elections in "Palestine" yesterday. However, in one part of Palestine, the Hamas authorities boycotted the elections and prevented Gazans from voting.

Which faction do Dublin City Councillors support?
Have they come out in support of Hamas or Fatah or perhaps ISIS who, I gather, are gaining ground in Gaza these days.

darkhorse said:
Which faction do Dublin City Councillors support?
Have they come out in support of Hamas or Fatah or perhaps ISIS who, I gather, are gaining ground in Gaza these days.
Click to expand...

It must be so embarrassing for DCC that this Palestinian split has burst into the open right now when all those well-meaning lefties want to do is show SOLIDARIHY.:lol:
Pero camarada, ya han pasado.

There is no Palestine - just Hamasistan and Fatahstan. And they hate each other.
Pero camarada, ya han pasado.

The Popular Front for the Liberation of Palestine (PFLP) consider the Governments of both West Bank and Gaza to be illegal.

They are also boycotting the PLO central committee.

According to Wikipedia the PFLP should not be confused with the PFLP General Command.

The Arabs can't settle things between themselves and they will settle for peace with Israel.. What a joke.
“When the debate is lost, slander becomes the tool of the loser.” - Socrates

Wascurito said:
There is no Palestine - just Hamasistan and Fatahstan. And they hate each other.
Click to expand...

The main Dublin Easter Commemoration, from the GPO to Glasnevin Cemetery, attracted around 2,000 people in total. Crowds gathering in the city centre were well entertained by Dubliner Barney McKenna and Tony MacMahon and by singer Johnny White. This musical theme was carried on at Glasnevin Cemetery. Marchers may have entered to slightly bizarre strains of We are the Champions, travelling in the wind from the crowd at nearby Dalymount Park, but this was soon beaten back by singer Mary Mullen, who delivered a moving rendition of The Foggy Dew, a fitting tribute to the many patriots buried in the historic cemetery. Proceedings were chaired by Councillor Seán Crowe and the main banner was carried by a number of Sinn Féin candidates contesting Dublin constituencies in the forthcoming general election.

The main speaker was Sinn Féin President Gerry Adams, who said that Irish unity must cease to be an abstraction and become a concrete proposition. The Sinn Féin leader called on all of the parties to embark on a process of drawing up a Green Paper on Irish Unity in consultation with all interested parties and groups. Adams said:

"Sinn Féin is an Irish republican party. We are the only all-Ireland party. Our goal is to see a United Ireland which delivers real social and economic change. In recent years we have seen the repeal of the Government of Ireland Act, the creation of all Ireland institutions, some progress on the issue of northern representation in the Oireachtas and the removal of the unionist veto. And while all of this represents progress there is still much to be done.

Commenting on the ongoing siege of Ramallah and President Arafat, the Sinn Féin leader said:

"The daily violence in the Middle East is making the task of building a sustainable peace in that region all the more difficult. Ariel Sharon's time in power has been marked by repressive actions. The suicide attacks against Israeli civilians are reprehensible and we call for them to end but so too is the invasion by Israel of Palestinian territory, the attacks against Palestinians and their homes and the deliberate targeting of Palestinian leaders. This must stop and the International Community must intervene to achieve this. I welcome the emergency resolution from the UN Security Council calling for a meaningful bilateral ceasefire and for the Israelis to withdraw from Palestinian territories. Calm voices need to be heard at this time. If both nations are to avoid further suffering, there needs to be a swift return to the historic compromise between Peres and Arafat marked by the Oslo Agreement."- Easter commemorations - AN PHOBLACHT/REPUBLICAN NEWS


That was 2002. In 2013 the leader of Éirígí and the United Left Alliance in Dublin declared support for the Palestinian Spring and described Hamas as part of that axis.
Click to expand...

That was a reasonable enough speech by Gerry Adams. Many on the Irish left have become a lot more hard-line in the meantime and are now solely interested in demonizing Israel.
Pero camarada, ya han pasado.
M

I think the existence of the Palestinian split is fairly well known. One of the main issues in the Israel/Palestine saga is the absence of a single credible Palestinian leadership with whom anyone can negotiate, and this has immeasurably strengthened Israel's hand in their 'not an inch' approach . Hamas (which is unapologetically Islamist) in fact won the only free election held in the West Bank and Gaza, and Fatah are hopelessly compromised by corruption and their connivance with the Israeli occupation. There is simply no prospect of progress with this dispute, and in the overall Middle East scheme of things, it's little more than a minor irritant and an excuse for the Western left to engage in some pointless virtue-signaling.

Antóin Mac Comháin said:
I think it's 15 years since a SF person condemned a Suicide bombing. It's utter fantasy to describe Suicide bombings as a mass struggle of the working class.

They came slithering out of their rocks to declare support en masse for the Palestinian Spring and Hamas in 2013.

Most of their followers have learning difficulties, and they would struggle to find Gaza on a map.
Click to expand...

Give up the hatred Antóin, Palestine lives

Democracy? Mahmoud Abbas was supposed to vacate the Palestinian presidency in 2009. He's still there, refusing to hold an election to renew his mandate.
Pero camarada, ya han pasado.

Wascurito said:
Democracy? Mahmoud Abbas was supposed to vacate the Palestinian presidency in 2009. He's still there, refusing to hold an election to renew his mandate.
Click to expand...

I know, they're just marginally better than israhell. 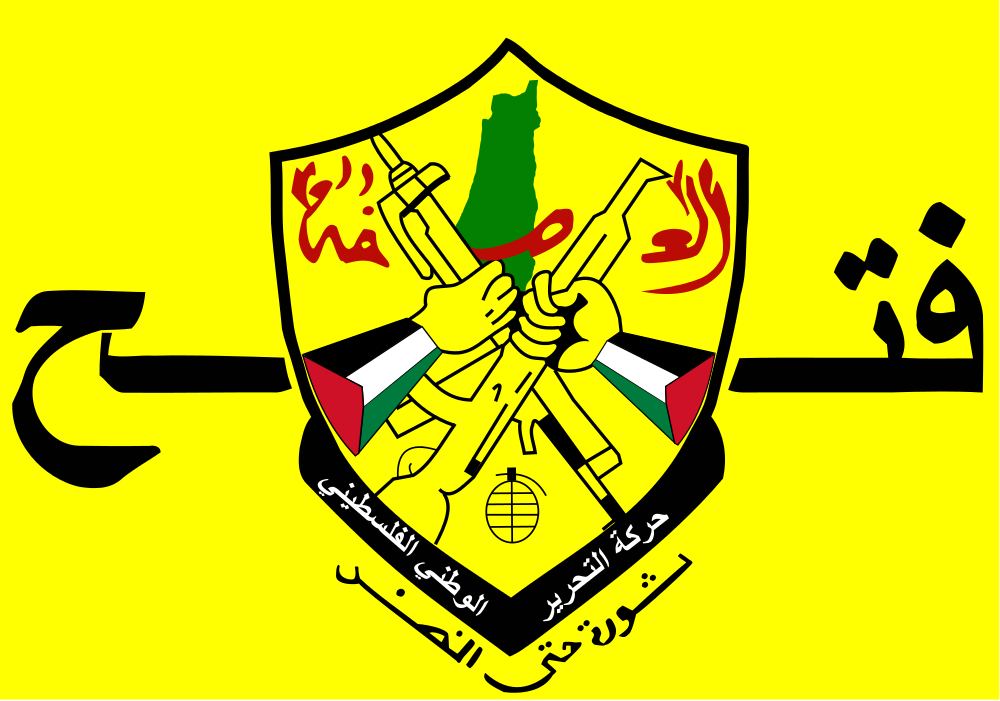 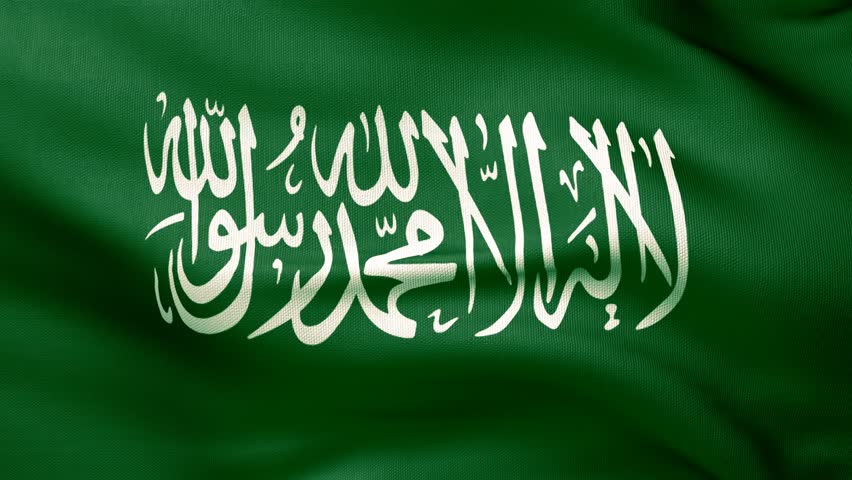 RasherHash said:
I know, they're just marginally better than israhell.
Click to expand...

Better :lol: :lol:
They are all the same but at least one side going toward technology and the other towards sharia law.
Which one would you choose..
“When the debate is lost, slander becomes the tool of the loser.” - Socrates
T

Feeding the world or blowing it up, have your pick..
“When the debate is lost, slander becomes the tool of the loser.” - Socrates

Wascurito said:
Democracy? Mahmoud Abbas was supposed to vacate the Palestinian presidency in 2009. He's still there, refusing to hold an election to renew his mandate.
Click to expand...

No he's propped up by Israel and the US because he's a compliant fool and does their bidding
The test of our progress is not whether we add more to the abundance of those who have much,
it is whether we provide enough for those who have too little
You must log in or register to reply here.
Share:
Facebook Twitter Email