State Department had to tick him off

"He speaks for himself and not on behalf of the administration on foreign policy," State Department spokeswoman Heather Nauert said Monday.
Click to expand...

The FBI investigated him over the Weiner leaks :
Rudy Giulianis pre-election comments on Fox News prompted an FBI leak investigation

President Donald Trump is growing increasingly irritated with lawyer Rudy Giulianis frequently off-message media blitz, which has included muddying the waters on hush money paid to porn actress Stormy Daniels and making claims that could complicate the presidents standing in the special counsels Russia probe.
...
Its a concern shared by Trump allies who think Giuliani is only generating more legal and political trouble for the White House.
...
After Trump chided Giuliani on Friday, saying the lawyer needed to get his facts straight, Giuliani put out a statement trying to clarify his remarks. But in weekend interviews, Giuliani appeared to dig himself a deeper hole by acknowledging that Cohen takes care of situations like this, then gets paid for them sometimes.
Click to expand...

Rudy really is not behaving like a proper lawyer, nor is he proving an effective political operative

Trump has a very small outside legal team, with high turnover: Marc Kasowitz, John Dowd, Ty Cobb ...and numerous lawyers have turned him down

Emmet Flood, who has joined the WH Counsel's Office, will do an excellent job of protecting the Presidency

How long will Rudy last ?
How come Trump's legal team is in such disarray ?

The Giuliani we're seeing now is the one that has always been there, but kept somewhat concealed by what self-control he could muster while mayor. His bully tactics were not unknown, but he got good press for "cleaning up" the Times Square area to make it more tourist-friendly and, in some corners, for pushing the homeless out of Manhattan and providing Manhattanites and out ot towners with the illusion that the problem wasn't so bad.

Apparently the credit he received for the "war on the mafia" was undeserved. He only took the most high profile cases; where he would receive the most press, and was guaranteed to win. He was also accused of trying to sabotage the cases being prepared by rival prosecutors.

He did manage to rise to the occasion with 9/11, but the adoring press he got as a result swelled an already huge ego to gargantuan proportions and made him continually ravenous for exposure in the media. So now he's become a caricature in service of another caricature.

“Everybody around Donald Trump said he was drinking too much — Donald Trump suggested as much — that was two years ago,” Scarborough said.
Click to expand...

He had prostate cancer and had his prostate removed for safe keeping. It's triple wrapped and in the top shelf of his fridge freezer.

This is a really awful man. What is not widely known about him was that during Mayor Dinkins tenure, he encouraged the racist police protests against him, appearing with the demonstrators to egg them on to call Dinkins "ni*gger." This is as a public prosecutor in the 7th Division, sworn to uphold the law. 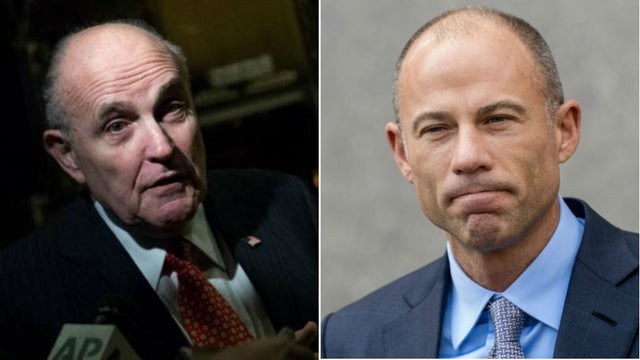 He appears to be labouring under early dementia to me.

Combined with a heady giddiness at the thrill of having been invited back onto the stage.


He might be planning a big 'FCK YOU ' TO Trump, who failed to bring him into the WH when it really mattered to him.
G

Avenatti will destroy him. He actually understands contract law. Plus he is a total rottweiler.

Meanwhile, in an informal, 4-hour practice session to prep Trump for a possible interview with Mueller, Trump’s lawyers were only able to walk him through 2 questions, due to frequent interruptions, "along with Trump’s loquaciousness."

At least it kept him off twitter, incriminating himself.

Now that Avenatti deserves a thread of his own Cyb if you can be bothered.

Idiots and liars all

President Bartlet said:
Idiots and liars all
Click to expand...

well, crafty liars , or cute hoors as we might say here.

And they will be found out just like ours were

Reached by telephone half an hour after Avenatti posted the information, Trump attorney Rudy Giuliani said he doubted the report’s veracity.

“I have no idea how he would know that. I have no reason to believe that anything he says is true," Giuliani said. “I consider him now sort of a guy who books for ‘Saturday Night Live.’ The guy is a pretty unsuccessful lawyer -- can’t remember a case he’s ever had that meant anything -- and I think he’s desperate for money."
Click to expand...

Especially as Rudy went on SNL a lot: https://www.nbc.com/saturday-night-live/video/rudy-giuliani-monologue/n11054


Giuliani’s Law Firm Undercuts His Statements as They Part Ways

Mr. Giuliani had taken a leave of absence last month from the firm, one of the nation’s largest, to represent Mr. Trump. But the firm said in a statement that he no longer worked there.

Mr. Giuliani suggested that such payments were common at his firm, even without the knowledge of the clients. “That was money that was paid by his lawyer, the way I would do, out of his law firm funds,” he said on Fox News. He added, “Michael would take care of things like this like I take care of this with my clients.”

...“We cannot speak for Mr. Giuliani with respect to what was intended by his remarks,” said a spokeswoman, Jill Perry. “Speaking for ourselves, we would not condone payments of the nature alleged to have been made or otherwise without the knowledge and direction of a client.”
Click to expand...


Giuliani’s Law Firm Undercuts His Statements as They Part Ways
Click to expand...

Yep, once Rudy claimed he regularly paid sex act hush money to clients as a common part of his law practice, his firm had no choice but to demand he quit. I am surprised it took this long.

The Eagle of the Ninth said:
Yep, once Rudy claimed he regularly paid sex act hush money to clients as a common part of his law practice, his firm had no choice but to demand he quit. I am surprised it took this long.
Click to expand...

That per se is not the issue....moreso moving client funds absent a clear instruction/mandate

cyberianpan said:
That per se is not the issue....moreso moving client funds absent a clear instruction/mandate

This would be an obligation on each lawyer of the firm with knowledge of the violation, which they all should be able to obtain by searching their own case records since we are likely talking about firm clients. petunia

Rudy can't get his facts straight, the North Korea summit was a known issue

Trump’s lawyers haven’t decided whether it would be in the president’s best interests anyway to speak with Mueller. Giuliani said he had hoped to resolve that question by May 17, the one-year anniversary of Mueller’s appointment, but that was no longer feasible.
... Though Giuliani would not provide an exact date for when a determination would be made about the interview, he said it probably “would be silly to make a decision” much before the highly anticipated summit.
Click to expand...

cyberianpan said:
Rudy can't get his facts straight, the North Korea summit was a known issue 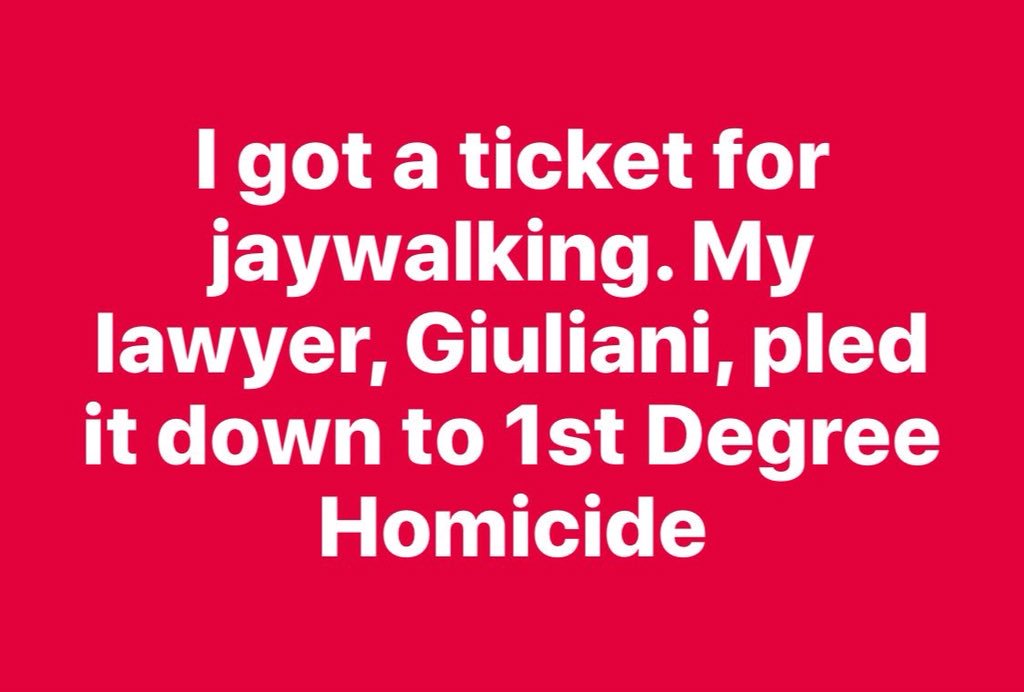 Clown car stuff ...Rudy cannot say for sure that Michael Cohen is no longer Trump's attorney

“As far as we know, he’s not,” Giuliani told POLITICO in an interview Friday. “And there’d be nothing for him to do right now.”
...“You have to ask Michael Cohen,” the president said on Air Force One on April 5. “Michael’s my attorney and you’ll have to ask Michael.”
....Giuliani said the Trump-Cohen lawyer relationship was still going “probably up until then,” referring to that early April statement by the president to reporters. The president’s current legal team, which Giuliani joined in late April, has “never really determined” a precise day when Cohen stepped away.
Click to expand...

Or ...will they pick the date once they find out what the SDNY has ?


Or ...will they pick the date once they find out what the SDNY has ?

Well he has a fool for client. Remind me, first Cohen was never on retainer, and then he was?

Then Trump was working with his defence lawyers to prep for Muellers questions, and then he wasnt, according to Rudi?