A few hundred jobs for the boys ... billions sloshing around in irregular patterns...Central Bank admits it is baffled...ODCE probably not even at the races

A Russian oil company effectively barred from international capital markets by western sanctions has found an ingenious workaround involving a Moscow bank taking a detour to Dublin....The Moscow bank isn't sanctioned and faces no limits from international investors on raising funds. The money it brought in through the Irish special purpose vehicle, or SPV, didn't go directly to Rosneft. Yet the maneuvering allowed the bank to expand its lending to the oil company, highlighting one way Russian firms are circumventing U.S. and European restrictions.
,,,
Credit Bank of Moscow's Irish SPV, CBOM Finance Plc, has raised more than $2.3 billion since November 2016, according to Irish Companies Registration Office filings. ...Russians are among the most active sponsors of Irish SPVs, accounting for about 14 percent of their assets, or some 47 billion euros, central bank figures show. Regulators in Dublin, who began amassing data on the sector several years ago, have struggled to analyze some entities because of "the complexity and opaqueness of their transactions," according to a July 2015 report.
,,,
Rodney O'Rourke, managing director at Cafico, didn't respond to emails and phone calls seeking comment. Katie Philpott, a spokeswoman for Ireland's central bank, declined to comment.
...
"This is just one of several stories that illustrates the risks you run if you're an international financial center," Stefan Gerlach, deputy governor at the Irish central bank until 2015, said in an interview. "Politicians in Ireland have been so gung-ho on it because they recognize that it generates employment and tax revenues. But they haven't recognized that it can be source of reputational risk and can also be a source of serious concerns."
Click to expand...

cyberianpan said:
A few hundred jobs for the boys ... billions sloshing around in irregular patterns...Central Bank admits it is baffled...ODCE probably not even at the races

cyberianpan said:
A few hundred jobs for the boys ... billions sloshing around in irregular patterns...Central Bank admits it is baffled...ODCE probably not even at the races

Heh. Irregular patterns. A large part of the official Irish economy has been an 'irregular pattern' for years.
It was all foretold in the foretelling. Unsurprisingly.

God be with the days when this was the only Irish SPV doing the rounds. 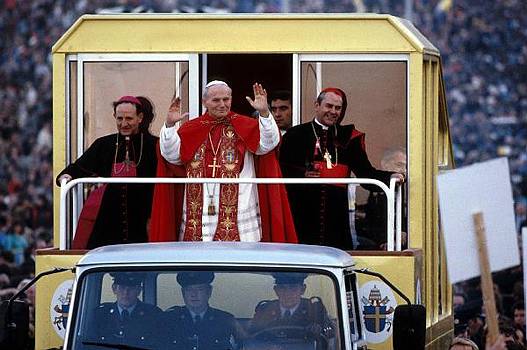 Wascurito said:
God be with the days when this was the only Irish SPV doing the rounds.

We should probably bring in Conor Lenihan. When the sh1t hit the fan in 2006/2007 Conor managed to swing a job working at the Russian equivalent of Silicon Valley despite having nothing at all in his career history to suggest he would even understand what was going on there never mind be able to sell any of it to anyone.

I guess he must have been some kind of financial or technical genius all along and no-one suspected.

Or the lads at Anglo who were running Anglo-Irish Bank Austria. They seemed to be quite knowledgeable about large sums of money coming from eastern Europe. That subsidiary had something like 300million euros sloshing around in its accounts and was sold off faster than a Fianna Failer on an envelope when the Anglo group was desperate for liquidity of any kind. Even gave a bonus to get a quick sale.

The bank that bought it in the end released a press statement on completion of the deal saying they were pleased with the transaction as it 'increased the bank's reach in south-eastern Europe'.

South-Eastern Europe is where dirty Russian money used to be transferred to smaller banks in the region before being washed abroad and converted into cleaner Euros.

Some lads that would understand all that kind of thing. They'd be handy.
It was all foretold in the foretelling. Unsurprisingly.
You must log in or register to reply here.
Share:
Facebook Twitter Email