Breaking on Sky - Brucie has died at age of 89.
Didn't he do well!
A giant of entertainment. RIP

Give us a twirl, Anthea.

Imagine the conversation at the Pearly Gates....

"Nice to see you, niiiiice!"

RIP
“'retail deposit flight, I don't see that as a great danger. Ireland is an island” - Brian Lenihan - to hundreds of international investors

President Bartlet said:
Breaking on Sky - Brucie has died at age of 89.
A giant of entertainment. RIP
Click to expand...

Why not just say Bruce Forsythe has died? We'd probably have known who you meant.
My Avatar is the FF logo INVERTED symbolising contempt for the FF Party and its members.

didn't he do well
"So you think humans should run their societies like lobsters?"........ Cathy Newman C4 News

silverharp said:
didn't he do well
Click to expand... 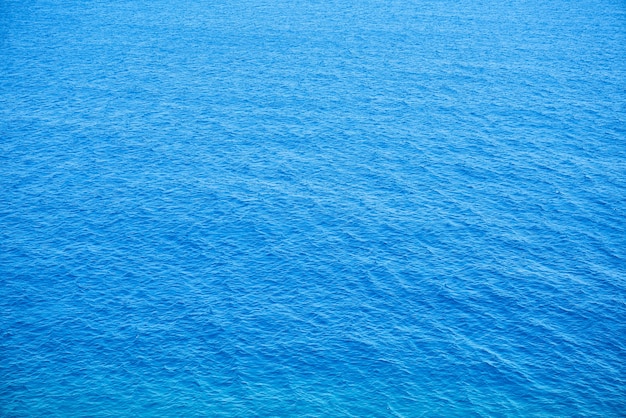 It had begun in Edmonton, in north London, where he was born in 1928, as Bruce Joseph Forsyth-Johnson, the son of Florence and her husband John, a local garage owner. Flo was the star vocalist in the Salvation Army band, and a lover of movies and music hall, and when Bruce, aged three, stopped the show at a local pantomime by singing I Lift Up My Finger and Say Tweet Tweet, she seems to have recognised that he was destined for a career in showbusiness.

He cannot remember a time when he was not performing. While he was still a young boy his father fixed up a makeshift stage lit by old headlights from the garage. He learned to tapdance, to play the ukulele, the banjo, the accordion and to sing, and at 14 he took himself on the road as the Mighty Atom, playing small town variety clubs and seaside theatres.

It was no one's idea of a glamorous life, but it occasionally bought Forsyth into glamorous company. When he was 21 he met and married Penny Calvert, a beautiful 18-year-old dancer at the Windmill Theatre. They had three daughters, and for several years toured as a double act, but the whiff of stardom was always strong in his nostrils and it led him astray.

In 1958 he was soldiering through an act at the Eastbourne Hippodrome when Val Parnell, the impresario and producer of Sunday Night at the London Palladium, booked him to compere the show. It was everything Forsyth had worked for, but it did little for his marriage. He had affairs with the singer Kathy Kirby and Ann Sidney, the British Miss World, and in the late 1960s he and Penny - by then living separate lives - divorced.
She later told of trying to rekindle their passion by donning a wispy negligee, dousing herself in perfume and laying on a Champagne-and-candlelight supper. "Bruce came back from the Palladium," she recalls, "and said: 'It was a terrible audience tonight. I'm going to bed.' He didn't even notice."

After the split she started an autobiography to be called: Your Dinner is in the Dustbin, Darling. Fortunately for Forsyth the manuscript was stolen from her car.
In 1970, flush from a decade of success at the Palladium, he accepted the job of host of a new television show, The Generation Game. It was, and remains, the biggest thing ever to hit Saturday night television, regularly drawing audiences of more than 20 million, establishing Forsyth as the country's foremost all-round performer, and changing the whole direction of television entertainment. For the first time, ordinary people doing pointless things became stars, and all the roots of today's reality show phenomenon can be traced back to it.

Forsyth soon fell in love with his glamorous 21-year-old stage helper, Anthea, coining for her the catchphrase "give us a twirl". They married on Christmas Eve, 1973. When listeners to Women's Hour branded him a chauvinist for not allowing her a bigger role he replied: "They obviously haven't taken into account that Anthea is already cooking, sewing, ironing and looking after the dogs, as well as bringing me my slippers. How on earth can she do any more?"
In his autobiography Forsyth says that the marriage was initially blissful, but with the arrival of two daughters, Anthea's life became more centred on home, while he continued to work furiously. They drifted apart, she formed a new relationship, and in 1981 they divorced on the grounds of her admitted adultery. Today he lives happily in a large house in Surrey with a pool and tennis courts and the third Mrs Forsyth - a former Puerto Rican beauty queen, Wilnelia Merced, who Brucie describes, naturally, as the love of his life. They married in 1983, and have a teenage son, Jonathan Joseph.
Click to expand...

Give us a twirl - Telegraph

I can't, I just can't - once it has started it takes over the bloody house. I tell you, there is a divorce looming.:lol:
O

Nothing for a pair. Not in this game.
D

I wish the man eternal peace. But he was never a favourite of mine. When he appeared on screen I changed the channel.

President Bartlet said:
Breaking on Sky - Brucie has died at age of 89.
Didn't he do well!
A giant of entertainment. RIP
Click to expand...

I see no reason to refer to him by a foreign system of conferring 'honours' to cronies. Foreign to us, obvs. Not foreign to him, in the foreign state he was from.

And why isn't this in the UK forum?
On 25 May 2018, websites targetting EU residents became subject to GDPR and a whole host of legal requirements.
P

RIP. Gone to collect his Brucie bonus.
sent from my laptop sitting on my kitchen table

I was never a huge fan. Except of his excellent staying power.


But, as someone else has already asked rhetorically: "Didn't he do well?"
http://en.wikipedia.org/wiki/John_Toland
http://aggressive-secularist.com

I see no reason to refer to him by a foreign system of conferring 'honours' to cronies. Foreign to us, obvs. Not foreign to him, in the foreign state he was from.

And why isn't this in the UK forum?
Click to expand...

I have a ladder if you need the loan of one.
"What Michael Collins accepted in '22,De Valera accepted in'27 and Gerry Adams accepted in '98.Sooner or later they all come around to accepting the Treaty"

Legend. RIP
Ravaging liberalism is Irelands new modern version of the intolerant RCC of the 1950's.

I mostly remember him as being responsible for my love of blackjack. Little Sync spent a lot of time inventing swear words for people who went with "higher" when on a king.