kingzog1 reply to "surellin"
Funny thing is those TERFs were the ones who championed non platforming people a few years back.

Now they're the ones being no platformed and the only platform Julie Bindel can get is one with Milo Yiannopoulos on it.

Still it reminds me of a quote from Churchill 'If Hitler invaded Hell I'd at least give the Devil a favourable mention in the House of Commons'.

anonuk reply to "kingzog1"
And yet, the radfems are the ones with logic on their side. That has to be at least one of the harbingers of the Apocalypse, right there.

kingzog1 reply to "anonuk"
I say we arm the TERFs on an 'enemy of my enemy' principle.

Also the idea of Julie Bindel and Germaine Greer going into colleges with an AK-47 supplied by shadowy right wingers to mow down menacing AntiFa makes me smile.
Click to expand...

There's a strong case that many feminist figureheads are men in disguise. anyway, whoever decided to let women off the leash knew exactly what world would match up with that: subterfuge, globalism, wage stagnation, corruption, degradation.

benroe said:
They are not difficult to tell apart, an actual feminist will stand her ground when you question her beliefs on a gender issue, a 3rd wave feminist will immediately make it about trans or race ",well what about black women, did you know that latino women in the top ten tech companies earn only 42 cents to the dollar a white man makes,,," as a lady pointed out on Jess Kellys "tech talk" show.
Click to expand...

yeah but any feminist defending her beliefs isn't substantially different from millennial retardation. I dont say that lightly as Ive met many women far brighter in some ways than Ill ever be but they still seem vulnerable to ************************ that men would feel dishonourable contemplating.

Whats going on is essentially a rematch of the 1970s-80s "feminist sex wars" (as they were known at the time) between sex-positive feminists (those who consider sexual liberation as part of female empowerment) and the followers of anti-sex and anti-porn feminist Andrea Dworkin. Dworkin herself was married to a gay man John Stoltenberg. More on the feminist sex-wars here.

.....Other critics, especially women who identify as feminists but sharply differ with Dworkin's style or positions, have offered nuanced views, suggesting that Dworkin called attention to real and important problems, but that her legacy as a whole had been destructive to the women's movement.[127] Her work and activism on pornography—especially in the form of the Antipornography Civil Rights Ordinance—drew heavy criticism from groups such as the Feminist Anti-Censorship Task Force (FACT) and even some fellow anti-pornography feminists, who criticized the Dworkin–MacKinnon legal approach as undermining civil rights.[citation needed]

Dworkin also attracted criticism from sex-positive feminists, in what became known as the feminist sex wars of the late 1970s and 1980s. The sex wars were a series of heated debates which polarized feminist thought on a number of issues relating to sex and sexuality. Sex-positive feminist critics criticized Dworkin's legal activism as censorious, and argued that her work on pornography and sexuality promoted an essentialist, conservative, or repressive view of sexuality, which they often characterized as "anti-sex" or "sex-negative". Her criticisms of common heterosexual sexual expression, pornography, prostitution, and sadomasochism were frequently claimed to disregard women's own agency in sex, or to deny women's sexual choices. Dworkin countered that her critics often misrepresented her views,[128] and that under the heading of "choice" and "sex-positivity", her feminist critics were failing to question the often violent political structures that confined women's choices and shaped the meaning of sex acts.[129]......
Click to expand...

....Anti-pornography feminists
In 1976 Andrea Dworkin organized demonstrations against the film Snuff in New York, but attempts to start an organization to continue the feminist anti-pornography campaign failed. Efforts were more successful in Los Angeles, where Women Against Violence Against Women was founded in response to Snuff in 1976; they campaigned against the Rolling Stones' 1976 album Black and Blue.[10] The U.S. anti-pornography movement gained ground with the founding of Women Against Violence in Pornography and Media (WAVPM) in 1977 in San Francisco, following a 1976 conference on violence against women held by local women's centers. Early members included Susan Griffin, Kathleen Barry, and Laura Lederer.

Sex-positive feminists
WAVPM organised the first national conference on pornography in San Francisco in 1978 which included the first Take Back the Night march.[11] The conference led to anti-pornography feminists organizing in New York in 1979 under the banner of Women Against Pornography (WAP),[12] and to similar organizations and efforts being created across the United States. In 1983, Page Mellish, a one-time member of WAVPM and of WAP, founded Feminists Fighting Pornography to focus on political activism seeking legal changes to limit the porn industry. Andrea Dworkin and Catharine MacKinnon wanted civil laws restricting pornography and to this end drafted the Antipornography Civil Rights Ordinance,[13] also known as the Dworkin-MacKinnon Ordinance........From 1979 feminist journalist Ellen Willis was one of the early voices criticizing anti-pornography feminists for what she saw as sexual puritanism, moral authoritarianism and a threat to free speech. Her 1981 essay, Lust Horizons: Is the Women's Movement Pro-Sex? is the origin of the term, "pro-sex feminism".[14] The response to the anti-pornography strand of feminism by the sex-positive feminists was one that promoted sex as an avenue of pleasure for women, seeing anti-pornography positions as aligned to the political right-wing's war on recreational sex and pornography.[15] Early sex positive groups included Samois, founded in San Francisco in 1978, whose early members included Gayle Rubin and Pat Califia, and the Lesbian Sex Mafia, founded by Dorothy Allison and Jo Arnone in New York in 1981.[16] The Feminist Anti-Censorship Taskforce (FACT) was set up in 1984 by Ellen Willis in response to the Dworkin-MacKinnon Ordinance,[17] in 1989 Feminists Against Censorship formed in the UK, its members including Avedon Carol and Feminists for Free Expression formed in the USA in 1992 with founding members including Veronica Vera and Candida Royalle.....
Click to expand...

Next time I get a knock on the car window in a shopping center carpark and asked to change a wheel. I'll just tell her to fu&k off love.
There I feel better all ready.
Socialism. Vote your way in. Shoot your way out.

Another installment on this issue:

Natalie Parrott, a prominent YouTuber and transwoman who speaks often on this issue. She says that Germaine Greer and Linda Bellos have 'nothing to contribute' to feminism now. 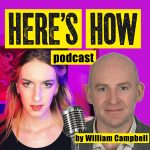 ​
Here's How, Ireland's political, social and current affairs podcast; Call the show on 076 603 5060 to record your contribution for the next show.
T

GJG said:
Another installment on this issue:

Natalie Parrott, a prominent YouTuber and transwoman who speaks often on this issue. She says that Germaine Greer and Linda Bellos have 'nothing to contribute' to feminism now.

If, under intersectionality rules, anyone can be a woman, by simply saying so, then WTF is feminism to begin with?

[video=youtube;pwXudI2iojs]https://www.youtube.com/watch?v=pwXudI2iojs[/video]
"It is not those who can inflict the most, but those who can suffer the most who will conquer." Terence MacSwiney

[video=youtube;aU_csXGfdVM]https://www.youtube.com/watch?v=aU_csXGfdVM[/video]
"It is not those who can inflict the most, but those who can suffer the most who will conquer." Terence MacSwiney
N 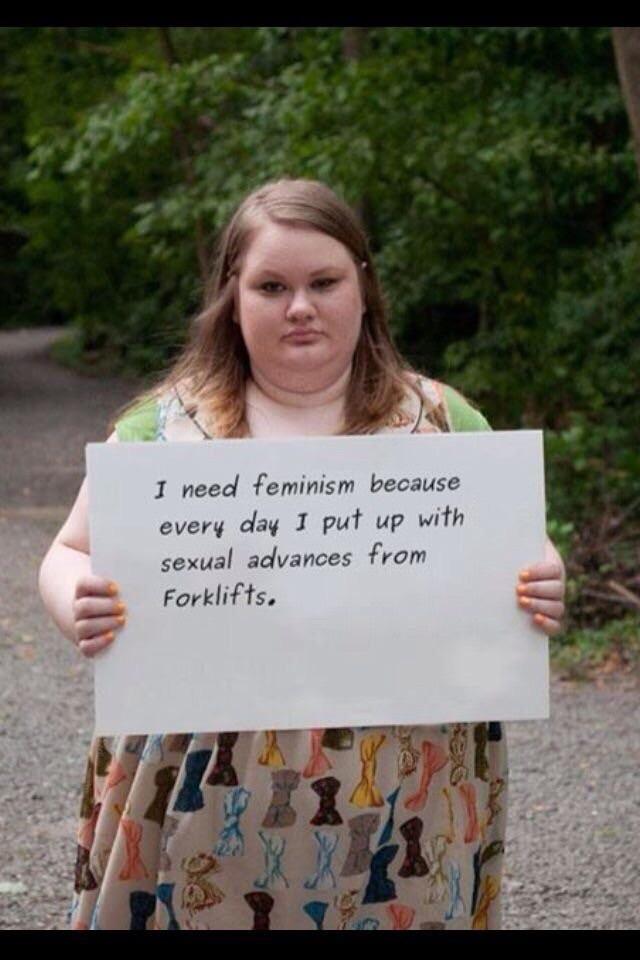 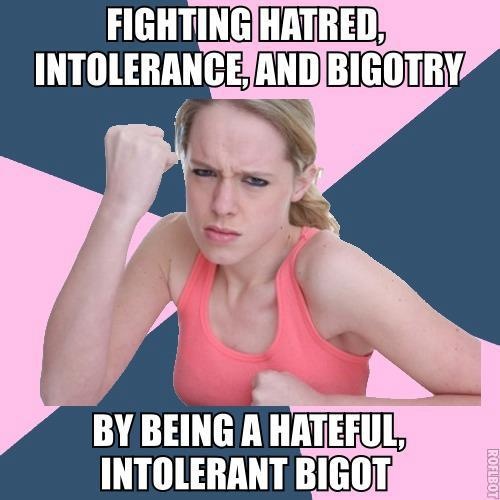 Sky News has been discussing this all day. It's become extremely bitter in the UK with one trans-activist commenting how the whole American controversy over access to toilet facilities has been imported lock, stock and barrel.

Mercifully, we seem to have been spared that here.
Pero camarada, ya han pasado.

Sky news right now has a row between a woman and a trans activist over the definition of "woman". The woman claims tg women are not women. Comes after a poster with the Google dictionary definition of a "woman" has been removed in Liverpool.
"It is not those who can inflict the most, but those who can suffer the most who will conquer." Terence MacSwiney

[video=youtube;pwXudI2iojs]https://www.youtube.com/watch?v=pwXudI2iojs[/video]
"It is not those who can inflict the most, but those who can suffer the most who will conquer." Terence MacSwiney
You must log in or register to reply here.
Share:
Facebook Twitter Email