We really should have a specific thread for "all" things DUPlicitous.... Its getting too long a list at this stage and we should have a better way to keep track of it all !!

here's just a few of the DUPs, shall we say, misdemeanors they've been caught out in "so far" :roll:

Red Sky
NAMA
Peter the Punt £5 land deals
Accusing others of sexual deviancy but being involved in sexual scandals all over the place
RHI petunia
Unelected DUP Spads running the show
Attempting to fool the RHI inquiry into protecting Snarlene & blaming the poor Patsy Johnny Bell
Peter the punts son Gareth getting "special treatment"
Harming the NI economy just because of bigoted reasons
Dark Money re Brexit
Snarlene "illegally" stopping legacy inquests
Ian Og being paid via holidays to advocate for a foreign government in an attempt to lessen or stop UN sanctions being imposed for said government murdering thousands of its own people..... I guess they just dont like legacy issues .. wonder why? :?

and dont forget reneging on several agreed positions including the Maze, Legacy and an ILA .. an ILA which they "signed up to" but later said they didnt sign up to that bit :shock: ... Hmmm, how does one do that in a legal document ? .. the mind boggles....

EDIT - Luke (over there) Poots & Family in "shall we say" planning irregularities :roll: (a late entry supplied by kbcav !!)

EDIT - DUP/UDA coalition re voting etc... i.e. the UDA were out canvassing for and with the DUP for votes .. what they were promised in return is yet to be established but we know that a lot of money has went the way of the UDA, e.g. Charter NI etc.... It should be remembered that the UDA are a STILL ACTIVE loyalist paramilitary organisation... ...... courtesy of Rednecks Kindly reminder.
etc....
etc....
btw, im sure ive missed lots out but it will surely do for starters...

inquiries & investigations are still ongoing in many of these ... still plenty to come yet

btw, here's Ian Og resigning in 2008 over another issue and sure didnt the ole crocodile tears appear then too .... unreal :roll:

Ian Paisley has faced his first major crisis as Ulster's leader when his son resigned from his government amid growing controversy over cash and cronyism allegations that have damaged both men's reputations.
https://www.telegraph.co.uk/news/uknews/1579123/Ian-Paisley-jnr-quits-and-denies-wrongdoing.html
Last edited: Jul 26, 2018

Fetal Fact: at 9 Weeks A Baby Has Permanent, Individual Fingerprints

The are the perfect argument as to why Northern Ireland is not suited to democracy. When you sincerely believe that the argument "What about the Provies?" justifies almost anything you are not fit to vote no mind hold political office.

between the bridges said:
Duplicate fred based on ten yer old links, jaysus what a muppett…
Click to expand...

Seen what you done there. Subliminal messages.
'The rich always betray the poor’. - Henry Joy McCracken

between the bridges said:
Duplicate fred based on ten yer old links, jaysus what a muppett…
Click to expand...

ah poor pet .. heres another link for ya


Mr Paisley wrote to the prime minister to lobby against supporting a UN resolution on Sri Lanka over alleged human rights abuses
https://www.bbc.co.uk/news/uk-northern-ireland-44932312

mac tíre said:
Seen what you done there. Subliminal messages.
Click to expand...

between the bridges said:
Here sherlock have ye no stomping to be practising...
Click to expand...

Any road hobbling tips to give me?
'The rich always betray the poor’. - Henry Joy McCracken

between the bridges said:
Four year old links from the boyo constantly demanding current wans, what a muppett...
Click to expand...

ah sure what can ye do aul han .. the DUPlicity has been going on for a long time

mac tíre said:
Any road hobbling tips to give me?
Click to expand...

between the bridges said:
Two pairs of socks, nylon inner and thick woolly outer oh and thongs are a no-no...
Click to expand...

No point in wearing my high heels then. Thanks.
'The rich always betray the poor’. - Henry Joy McCracken
T

between the bridges said:
Duplicate fred based on ten yer old links, jaysus what a muppett
Click to expand...

He should have named the thread - 'The DUPid Party Thread'.

White thrash, the lot of you Unionists.

Talk Back said:
He should have named the thread - 'The DUPid Party Thread'.

White thrash, the lot of you Unionists.
Click to expand...

mac tíre said:
No point in wearing my high heels then. Thanks.
Click to expand... 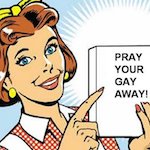 between the bridges said:
Hi yank, Duh...
Click to expand...

After the snivelling, the spiv gets cocky again:
Ian Paisley confirms that he will not run away from a job which pays £77,379 basic a year plus allowances plus (in his case) £252,000 in expenses and allows him employ his wife as an assistant and provides the potential for £100k family holidays. How noble and feisty of him!
Belfast Telegraph
@BelTel
Ian Paisley: "Make no mistake about it, I will seek re-election as I have never run away from an election in my life and I don't intend to do so now."
(link: https://www.belfasttelegraph.co.uk/...reebie-and-lobbying-revelations-37149047.html) belfasttelegraph.co.uk/news/northern-
This leech is unsackable, Arlene is powerless, what a fukkin shambles.
Dennis Skinner: "Half the Tory Members opposite are crooks"
Speaker: "The honourable member MUST withdraw that remark"
Dennis Skinner: "OK, half the Tories are not crooks"
You must log in or register to reply here.
Share:
Facebook Twitter Email