The Eagle of the Ninth said:
Anyone remember The Flying Burrito Brothers?
Click to expand...

The Burritos lost it when Gram Parsons was ousted. Discuss.

Gram Parsons was at his best, working with the Burritos. Continue to discuss.

Do not write on more than one side of the album. 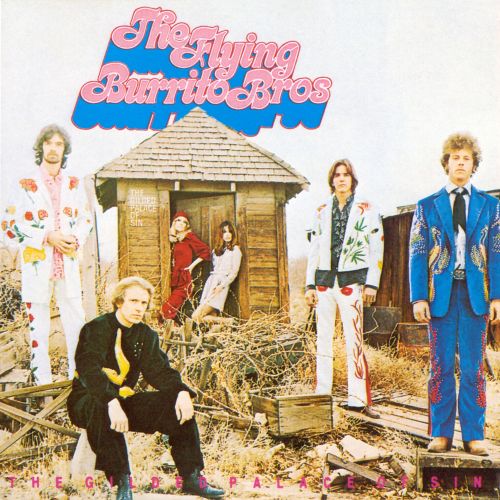 You guys are so pathetically predictable.

Dame_Enda said:
I move that we ban mashed potatoes for appropriating the culture of the Aztecs. :roll:
Click to expand...

That's the Incas Edna!
Its only a chat, we ain't the world council.
G

Betson said:
Do you really think it is just about a Burrito stand? Very narrow minded thinking , is this not supposed to be a discussion board.

What do you think of the process that ended in them shutting down?

Do you think they were been racist because of their cultural appropriation?
Click to expand...

First they came for the burrito stands, but I was not a burrito fan ....

Henry94. said:
Should we still call it the zoo? Animals being held in captivity is not progressive and we are just normalising it by applying to word as an amusing cover for banished threads. Freedom is a precious concept, and wild animals suffer physically and mentally from the lack of freedom captivity imposes.
Click to expand...

Henry, I know you mean well - but may I suggest that you reflect on the use of the pejorative and culturally loaded term 'wild' animals?
M

publicrealm said:
Henry, I know you mean well - but may I suggest that you reflect on the use of the pejorative and culturally loaded term 'wild' animals?
Click to expand...

Animals is a human normative term and the use of the term wild is both offensive and disappointing to me and to my friends in other phyla.

Mick
If you describe yourself as an "activist" on Twitter are you an activist, a self regarding poser or a Walter Mitty. Cause you're definitely one of them.

Malcolm Redfellow said:
The Burritos lost it when Gram Parsons was ousted. Discuss.

Gram Parsons was at his best, working with the Burritos. Continue to discuss.

Do not write on more than one side of the album.

publicrealm said:
Henry, I know you mean well - but may I suggest that you reflect on the use of the pejorative and culturally loaded term 'wild' animals?
Click to expand...

Leave the Kerry supporters out of this.

We have a worst of p.ie froth-piece, recycled from — yes! — Fox News — about a triviality in the Great State of Oregon. From Faux News to every defender of right-on! opinion on the Web, to the Daily Mail.

Obviously we are dealing in solid and well-polished excrement; but I'll take it seriously.

I'd reckon on three main heads:
1

Let it be understood: I l-u-r-v-e Oregon: not only is it eminently civilised, with great beer, I can buy my Apple gear with no sales tax.

Portland used to be a hard-scrabble place, exploiting the natural resources, especially the forests, and exporting them. Consequently it had a reputation — well-deserved — for gangsterism, racketeering and exploitation.

The Second World War didn't change that: just made Portland bigger and seedier. Working girls piled in to service the Navy. It became a base for mass-producing vessels for the war economy. The black population expanded to do the dirty work the white folks wouldn't.

Portland became an overflow for the San Francisco hippies. Intel set up shop. Suddenly Portland had a higher proportion of graduate professionals than anywhere else. In terms of GDP, Portland was the most productive place across the US.

The very nature of bourgeois Portland's open, democratic, liberal, environmentally-conscious lifestyle is why the alt-right types hate it. The underlying ethnic/economic tensions are what they seek to exploit.

Hence my sense of déjà-vu, my feeling of coincidence, at coming on this thread just after I read Jason Wilson in The Guardian. Wilson is, I believe, based in Portland, OR.

From past experience, I know full well that the usual types are totally incapable of making that hot-link, so here's a taster:

We've all witnessed that in these forums.

Finally, then, to Kali Wilgus and "LC" Connelly.

The whole kerfuffle started with an interview in Williamette Week, one of the two Portland "alternative" weekly free-sheets — those publications found in every major US city in the kerb-side bins. That interview can be accessed here.

Because there are two Portland "alternative" weeklies (you spotted that essential, didn't you?), the other one, the Portland Mercury ran with the story, with a blogger (Jagger Blaec, who specialises in this niche market) underlining a political point:


As if to ward off lightning striking twice, the current edition of Williamette Week has a major news feature on:

But this "cultural appropriation" lark. What's that?

Were one to attempt to sell recycled-meat-in-a-bun as "Big Macs", or fizzy drink as "Pepsi", I'd give a matter of hours before the whole weight of the law dropped in. That's the capitalist system, and its dependant apparatchiks, protecting their own. But dealing tortillas on — wait for it! — Cesar Chavez Boulevard, that's something else?
Click to expand...

Having been handed their nuts in a sling, the lefty snowflakes are now engaged in attributing all their failed tactics to their imaginary 'alt-right' opponents. How's that for irony? Have they forgotten who was rioting and attacking opponents following Trump's win?

The fascism, intolerance and hatred of democracy continues to be exhibited by the so-called 'Left'. Except it's not really Left - it's an opposition to the relatively moderate American Right. In reality it's ultra-right that has lost its clothes. Assisted by like-minded media it has, for years, managed to make virtues of intolerance, censorship, bigotry and bullying.

Now that democracy has put a stop to its excesses, the 'Left' has dropped all pretence to caring about equality or democratic values, and, in its rage, is prepared to expose its nakedness - not a pretty sight!

Ate yer grits.
FF will support, oppose or turn a blind eye only according to what will advance its return to ministerial office.

Look: I accept that their stuff is tasteless, but KFC don't recycle it from discounted outdoor clothing and footwear.
M

And to order you have to pronounce taco like you were from D4 or those American doozies won't understand you.

More of a fajita man meself anyway.
FF will support, oppose or turn a blind eye only according to what will advance its return to ministerial office.

gleeful said:
Burrito stand at the other side of the world closes down. Not sure this topic warrants a thread on politics.ie
Click to expand...

First they came for the Burrito's........
FFG - The Disgusting Axis of Corruption.
N

Well just a bit from Wiki's entry re Gram Parsons :-

"In the summer of 1973, Parsons' Topanga Canyon home burned to the ground, the result of a stray cigarette. Nearly all of his possessions were destroyed with the exception of a guitar and a prized Jaguar automobile. The fire proved to be the last straw in the relationship between Burrell and Parsons, who moved into a spare room in Kaufman's house. While not recording, he frequently hung out and jammed with members of New Jersey–based country rockers Quacky Duck and His Barnyard Friends and the proto-punk Jonathan Richman & the Modern Lovers, who were managed by Eddie Tickner."

Hanging out with Quacky Duck, eh?

One of the latest fads of the SJW Libtard brigade is "cultural appropriation". And these numpties are now on a crusade to shut down restaurants that are "appropriating other peoples' cultures". I kid you not.

And they have their first victims. Two young small business owners who started a popular Burrito cart:

Check out the stuff that is bouncing around the empty heads of these idiots:

Huzzaah! One racist burrito cart down. A number of Chinese and Mexican restaurants to go!
Click to expand...

Look what the right wing fascist state are doing over there too:

When 90-year-old Florida resident Arnold Abbott said following his arrest on Sunday that police couldnt stop him from feeding the homeless, he apparently meant it.

Abbott was charged again on Wednesday night for violating a new city law in Ft. Lauderdale that essentially prevents people from feeding the homeless.
Click to expand...

One officer demanded that he “drop that plate right now” as others picked up the trays off food and inserted them directly into the garbage with lines of homeless people looking on.

Put your hands in the air and step away from the chicken salad ....

The Eagle of the Ninth said:
F*ucking hell.

One officer demanded that he “drop that plate right now” as others picked up the trays off food and inserted them directly into the garbage with lines of homeless people looking on.

Put your hands in the air and step away from the chicken salad ....

He's lucky he wasn't black or they would have shot him in the head
for reaching for the chicken salad! :roll:

Look what the right wing fascist state are doing over there too:

A rat infestation at a downtown Fort Lauderdale park prompted the city on Friday to clear out, in dramatic fashion, the dozens of homeless people who congregate there...
Fort Lauderdale garnered international headlines in 2014 when police repeatedly cited a 90-year-old homeless advocate for breaking city ordinances designed to stop his feedings of the homeless at a Fort Lauderdale Beach Park.
Click to expand...

dammit_im_mad said:
He's lucky he wasn't black or they would have shot him in the head
for reaching for the chicken salad! :roll:
Click to expand...

The US has had a great fear of encampments of homeless because in the past they have had so many problems from them - army deserters during and after the Civil War, Dust Bowl oakies on the California trail in the 30s and the huge Homeless Veterans Protests which took place outside Washington in the 20s.

They will go through them busting heads. Move them on.