The Third Year of the Trump Presidency

NYCKY said:
Plus check Reagan's actions on immigration while at it.
Click to expand...

Reagan was a wonderful man. He even supported genocide.

Pelosii is no fool, Mitch Mc Connell may think he is smart, but this lady has his balls in a vice. Trump may end up the same but a much smaller vice will be required. 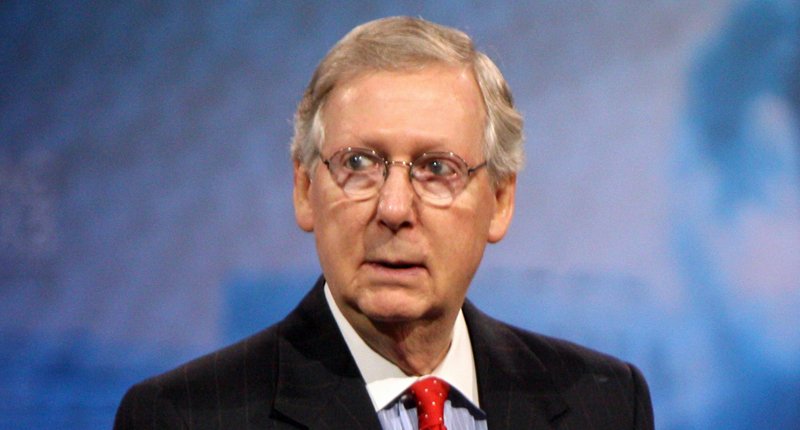 The advocacy group Public Citizen on Monday filed a formal ethics complaint against Senate Majority Mitch McConnell, accusing the powerful Republican of betraying his oath of office by signaling overt bias in favor of President Donald Trump even before his looming impeachment trial begins. “The...

What is it with the orange turd. do you have to be a criminal to support him. With the number of his supporters that are either in gaol or heading there you would think the was running a mafia family.
Oh wait he is !!!! 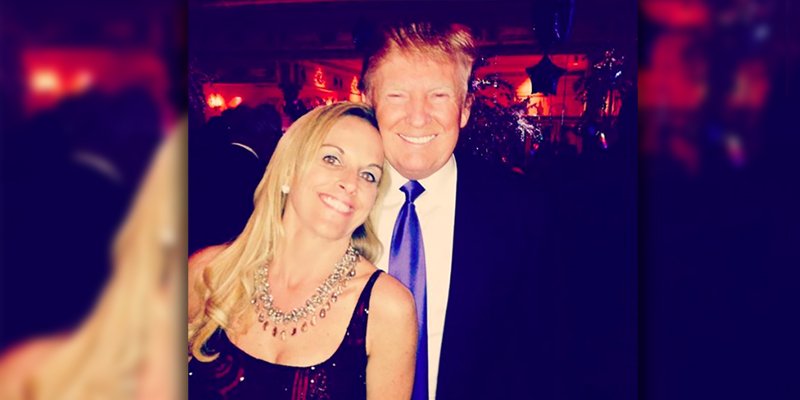 BUSTED: Trump activist stole Social Security benefits from her mother with dementia — and is headed to jail

One of President Donald Trump’s far-right MAGA activists is headed to jail after being caught defrauding Social Security. Commentator Karyn Turk scored tens of thousands of dollars from her mother’s social security benefits and pleaded guilty in September. It’s an ironic twist because Trump’s...

I saw this remark on the Ars Technica boards. They're generally fairly astute and I thought this was a particularly astute observation. The interpretation does contradict how sharp it is though as it seems to drift into a routine sort of ad hom on how clever the commenter is and how dull Trump appears.

Have you noticed the turn-over in the Trump administration? He stripping down the institutions around him of competence and creating an environment of delirium to get a sort of manic control over it. Racketing up anxiety among those in places of responsibility lowers defenses and increases suggestibility. And it's perfectly obvious that that's what he's up to.

He's waging a war on competence to secure his tenure beyond legitimacy by removing credible, independent and competent performance measures and oversight. And he's doing this opportunistically as the political system settles into a sludge like dysfunction. You get this sort of guy as a polity goes through this end of the cycle. The thing is to catch it in time and they haven't been able to do this because they weren't good enough - neither in character nor in skill. Dishonesty decomposes intelligence, values and virtu.

To fabricate the sort of ecosystem that Trump's best adapted to he increases the dysfunction and disorientates attention. He's forcing others into taking bad positioning by either getting them to compromise themselves in some way in previous seemingly unrelated moves or taking advantage of existing flaws. Then they can't effectively challenge him because they're playing his game. The conditions that lead to this develops over decades though are not immediately publicly obvious until they become acute.

The American strategic deployment is awful and Trump is making it worse in an effort to embed himself. Foreign adventurism eventually turns to feed on the population at home before it expires from misallocation and contradiction. It uses guys like these as a grappling hook on its politics. Cheney's shade shadowed this.
"Better a cruel truth than a comfortable delusion."
P

Are you talking about Trump or Pelosi? your comment fits perfectly with the former, who makes everything about himself and being reelected.
Just another example of the lies aka "shifting story" 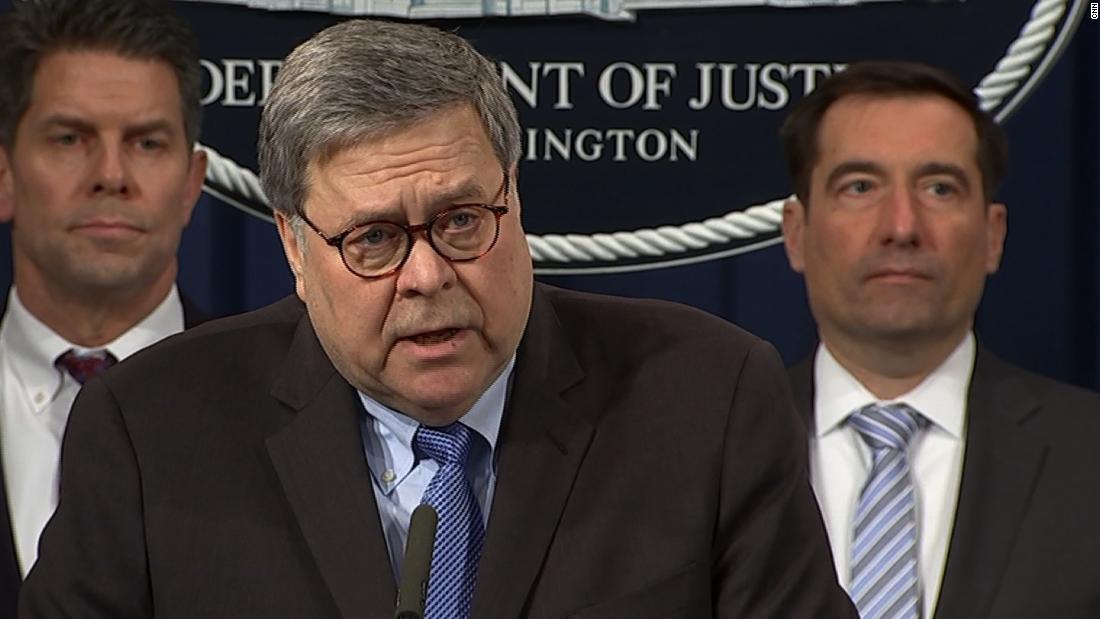 Secretary of State Mike Pompeo and Attorney General William Barr said Monday that killing Iranian commander Qasem Soleimani was part of a larger strategy of deterrence, a shift from the Trump administration's previous rationale that the strike was carried out to prevent an "imminent" attack.

NYCKY said:
Do you really think that US Senators should incorporate opinion polls when voting/opining on impeaching a President?
Click to expand...

The Senate are sworn in as an impartial jury to analyse evidence and provide a verdict. In this case the jury also decide rules, though that is unusual in a court case - I would have thought the Chief Justice should have the final say.

The "Law" calls for a fair trial, which makes witnesses essential, imho.

The Senate may construe according to the Law - but they must also realise that, with no witnesses, the world will construe that the "trial" is just a complete whitewash of a guilty man by his own party. That is what the opinion polls are telling them.

As another saying goes - Justice must be seen to be done. If the process stinks, it is not Justice.
"A wise man proportions his belief to the evidence" - David Hume 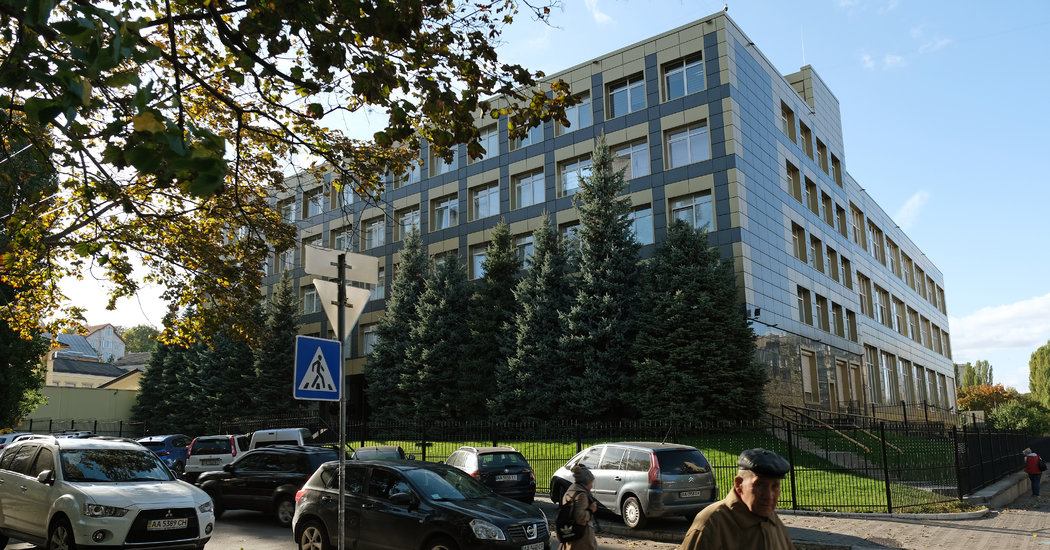 The timing and scale of the attacks suggest the Russians may be looking for the same kind of damaging information on Joe Biden that President Trump wanted from Ukraine, security experts say.

www.nytimes.com
“Every country has the government it deserves.”
Joseph De Maistre
P

bormotello said:
Democrats are trotting out this beaten to death horse again
When they will realise how pathetic they looks when the mythical Russian hackers is the only source of truth about corruption within Democrats

The timing and scale of the attacks suggest the Russians may be looking for the same kind of damaging information on Joe Biden that President Trump wanted from Ukraine, security experts say.

Yet another delusional orange turd troll, where do they get you guys? Under a rock!!!

Senator John Thune says trying to get USMCA passed and the decision on the Houses War Powers Resolution before impeachment trial starts.
"The birds sang, the proles sang, the Party did not sing" - Winston Smith (1984)

The organization begins to rot if they're unchecked in the same way as blood poisoning inevitably comes from an untreated wound or illness. It's complex problem but not an insoluble one.

The thing, in this age of information, is to make obvious how stupid bad people really are and I think that's largely been done. People may still defer to intimidation, conceit and criminal enticement but they can't say they didn't know or weren't warned. There is an alternative to failure.
"Better a cruel truth than a comfortable delusion."

Gwannow said:
Democrats have not been the racist, xenophobic enablers in the USA. It has always been the GOP.
Click to expand...

Gwannow said:
Stupid Ass you are. Of course I knew that. I attended University in the States, and read US history. You show your ignorance at every juncture with your posts. I will not engage with you further, fool.
Click to expand...

The state of University education in the USA, folks.

owedtojoy said:
As another saying goes - Justice must be seen to be done. If the process stinks, it is not Justice.
Click to expand...

It increased Trump's polling numbers such was the transparency of the intentions. It's the worst kind of politicking.
Avarus animus nullo satiatur lucro - Latin Proverb
S

APettigrew92 said:
The state of University education in the USA, folks.

It increased Trump's polling numbers such was the transparency of the intentions. It's the worst kind of politicking.
Click to expand...

I’d love to be on whatever this ones on. Pox news has a lot to answer for.

why are Leftists such mean people ?

silverharp said:
why are Leftists such mean people ?

Unless you think one tree is a forest.
"I'm not sure the guy who holds fake press conferences, has a fake university, a fake foundation, fake hair and a fake tan should be in charge of deciding what's real." Seth Meyers.
G

I notice that Ted Cruz is once again spreading the Russian propaganda that Ukraine is responsible for hacking DNC site. I wonder if the Russians do have any evidence that his father was involved in the JFK assassination? I can see no other reason for his slavish support a bad president, after what Trump said about his father. Nothing would surprise me. I wonder what they have on Moscow Mitch too?

Unless you think one tree is a forest.
Click to expand...

APettigrew92 said:
The state of University education in the USA, folks.

It increased Trump's polling numbers such was the transparency of the intentions. It's the worst kind of politicking.
Click to expand...

Bullshit. Am neither Democrat or Republican, watched the impeachment hearings with interest. Trump is clearly guilty as charged. The single most corrupt and incompetent POTUS ever.
You must log in or register to reply here.
Share:
Facebook Twitter Email