Ali O'Snackbar
"So you think humans should run their societies like lobsters?"........ Cathy Newman C4 News

Bea C said:
Come on, lads!
How has a thread not kicked off already on this?

I seriously thought it was a joke when they were discussing it on Radio Kerry this morning - an ice cream van!?!?
And Radio One has it now.
Click to expand...

whats the point prayin to a god that cant even mind his own front door????
we want an independant taoiseach!!!!

West Brits tend to say hols.
Just because you were born in a stable doesn't mean you're creator of the universe
C

The driver, when arrested, was covered in hundreds and thousands as well as raspberry syrup. Police think he may have been trying to top himself.

Old joke, and I know that he has been sectioned. I hope he overcomes his demons.

Are you sure it wasn't a milk float- 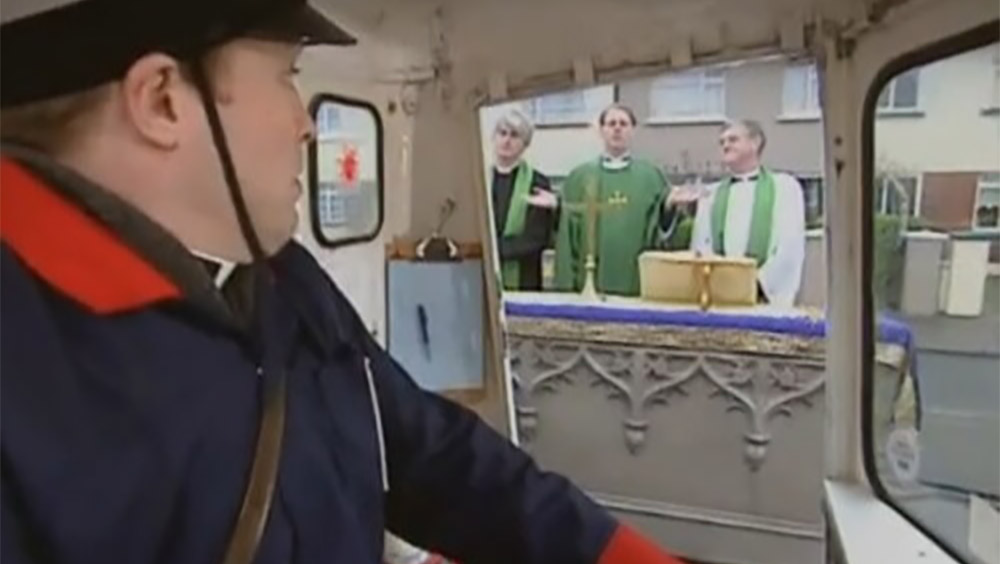 ergo2 said:
At least it wasn't Josepha and her feminist shock-troops storming the altar
Click to expand...

But it might have been Archbishop McAleese trying to nail her theses to the door without having to stop.
B

Could have been on coke and was floating.
Free the Renault 4.
P

Driver said that he misunderstood when his dyslexic boss told him to bring up a treat to the chapel.
Slán to Care. The Fine Gael way.

Rural said:
Will it cost hundreds & thousands to repair it?:shock2:

They probably even gained a few from the ice cream truck!
B

Ice cream on the way to Heaven . Certainly good fun to travel with Ice cream .

Certainly more fun that to arrive in this case .

Levellers said:
When is a door not a door. When it's ajar. 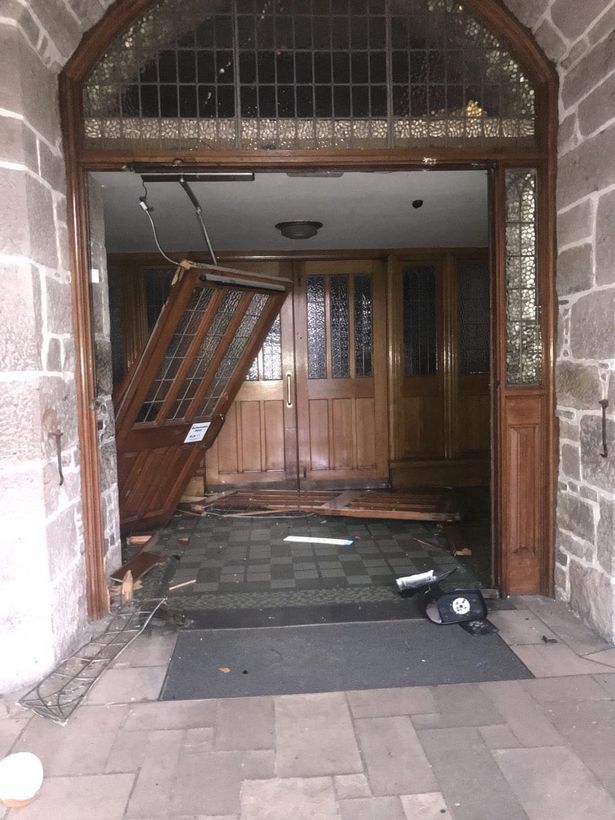 And those are the inner doors. He took the outer doors clean off.

On a more serious note I never liked the front gates on Castle St. They are only a recent (circa 15 years or so) addition.

I've just listened to a gift grub sketch from yesterday that I was told was hilarious.
It's a parody of mass in Fenit, everybody being obsessed with the replay this weekend.
I dunno, it did sweet f**k all for me, it was just the same tedious crap trotted out as always about the bog people in Kerry and their backward eccentricities.
All it was missing was inbreeding jokes.

Though, if I'm not mistaken, the Healy Raes weren't mentioned?
And that's something.
I don't think that they are anyway.
I'm not wasting another seven minutes of my life just to check.
After all, tomorrow is another day.
L