US assassinates Iranian general in Iraq

parentheses said:
It should be obvious by now. Trump and his administration are puppets on Netanyahu's strings.
Click to expand...

People like Clanrickard and Douglas Murrary as well as his fans admire Jews for their business ruthlessness however something that does not register is that for all of the absolute ruthlessness of a lot of these Jews in extracting their shekels for the Goy there is the often incredible generosity that these Big Jews have towards what they regard as "Jewish causes". Large amounts of ghettos used to actually survive on the generosity of sometimes just one Jewish wealthy in the Early Modern period. Israhell now is a ghetto that relies incredibly on the genersoity of Seppo Court Jews like Sheldon Adelson and others to keep the "bi-partisan support for Israel" sweet which I am sure takes vasts amount of money (their are similar "big donors" to the Democrats). You just cannot imagine the likes of Clanrickard or Douglas Murrary fans giving away huge slabs of their cash like these Jews do.
And the neighbours they clap and they cheer with each blast
But farewell Akiva, the sky is changing colour, and I must leave fast.

Kevin Parlon said:
This is a bare-naked assertion entirely free of argument or evidence. Would you like to supply either?
Click to expand...

It's speculation about the future. What evidence do you expect for that? Assume there's an implied "IMO" there if you like.

I notice though that you've ignored my substantive point that we should be thoroughly suspicious of Trump's explanations for what is, after all, the extra judicial murder of a member of a sovereign government that is probably illegal under international law and is certainly tantamount to a declaration of war.

You may think it's wild speculation to expect a negative fallout from that for the rest of us, but it seems almost inevitable to me.
KOBO

Kevin Parlon said:
That gruesome hyena had it coming and the world is a better place for his having been turned into smoldering burger meat.
Click to expand...

It’s always the insecure hate filled little loons that use terminology like this ... normal decent people simply don’t talk like this

Kevin Parlon said:
An unusually rubbish-strewn response from you. Let's work through it.

Rubbish. There is and was zero prospect of Iran declaring war on the US. For the Iranians it would be tantamount to setting a 72 hour countdown timer to the end of their "Islamic Republic" regime. Even they are not as deranged as you in their thinking when it comes to Trump.


Rubbish. It did the opposite. It was a shot across the bow of the black winged ghouls of Tehran who, despite a lackluster token response rapidly pulled their heads in. And have kept them pulled in by and large.

Of course it does.


The first non-garbage section of your post. Trump instinctively knows something Obama did not. That there are people (and regimes) in the world who only understand one thing. And that is the threat of annihilation. I note your silence on Obama's pathetic and irrelevant posturing over Syria. In Trump's case, this knowledge doesn't work out well for him in negotiation with Europe or Canada, but it works great with regimes like China and Iran. An ill wind and all that.
Click to expand...

Just cutting through the fog of gratuitous insults and red herrings, I will just make two points: 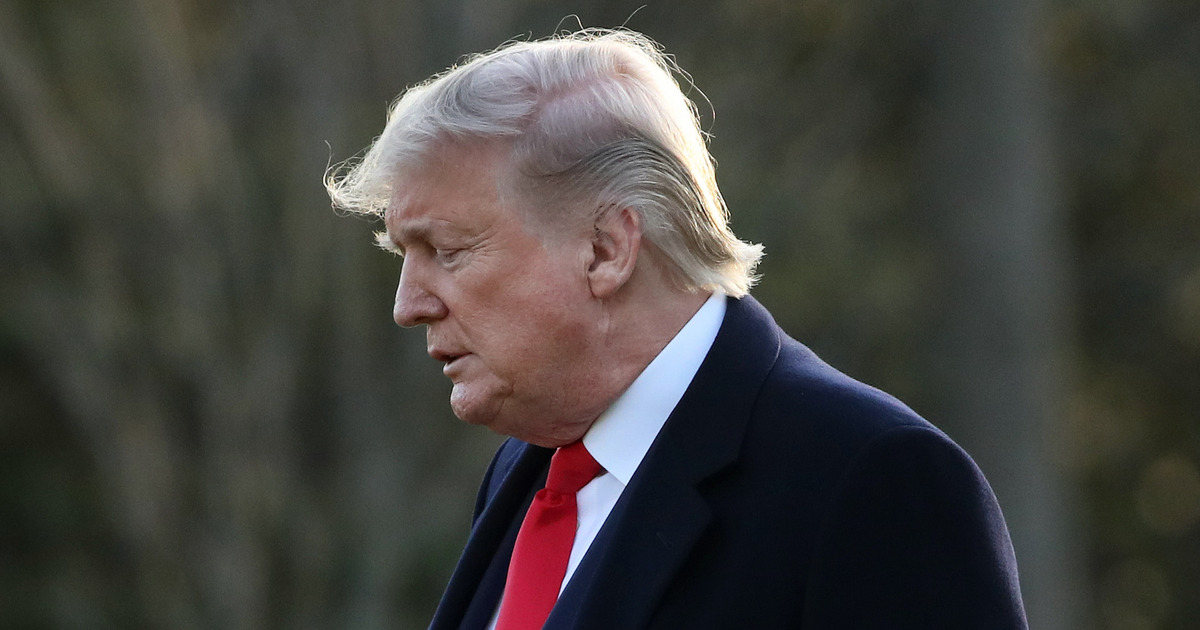 All the reasons to doubt the Trump administration is telling the truth.

When the administration shared its intelligence with select members of Congress, many of them came away unimpressed, if not outright disgusted. Rep. Gerry Connolly described the presentation as “sophomoric and utterly unconvincing.” Even Republican Senator Mike Lee, heretofore an unquestioning Trump supporter, called it the worst briefing, at least on a military issue, he’s seen in the “nine years [he’s] been here.”
Click to expand...

"A wise man proportions his belief to the evidence" - David Hume

petaljam said:
Because that is the cartoon version being sold to idiots.
Click to expand...

Assertion without evidence or supporting argument 1: Whereas you know the real version. Am I right?


petaljam said:
It's not what's actually happening
Click to expand...

Assertion without evidence or supporting argument 2: OK. What is?


petaljam said:
, and it's always a mistake to swallow a comfortable lie. In this case, it's a lie that's more likely to increase terrorism in the west than reduce it.
Click to expand...

The Irish government maintain cordial relations with Saudi Arabia too. Is Varadkar MBS' friend too? Or is this conclusion only drawn when you don't like the figure in question?

Assertion without evidence or argument 6


petaljam said:
and the extra judicial killing of members of a foreign government is a dangerous game to play anyway.
Click to expand...

1. It wasn't an extrajudicial killing. It was a defensive strike on a leader of terror operations against US forces (had previously carried out an attack in Europe BTW) 2. A "member of a foreign government". No a military leader who was in a 3rd country actively coordinating further attacks on US forces (who have permission of the Iraqi people to be there).


petaljam said:
When it's based on obvious lies, then it's folly.

No matter how revolting the person killed may have been.
Click to expand...

I think it would be fair to say you have not made much headway in establishing it was based on lies.[/QUOTE]
"an intelligent, well-informed sparring partner for real debate" - Chris Alexander, Canada's Minister of Citizenship and Immigration from 2013 to 2015.
You must log in or register to reply here.
Share:
Facebook Twitter Email