US Terrorists get a very easy ride - if they're white

On New Years Eve, Andrew Cuomo, the Governor of New York State, a Democrat, commuted the sentence of Judith Clark, getaway driver in the 1981 Brinks robbery, in which three decent men were murdered; and others wounded.

Previously Clark hadn't been eligible for parole until 2056; she might now go free later this year.

Clark wasn't a child; at the time of the robbery she was 31 years old, and a mother.

The robbery was a collaborative effort by two groups of terrorists; the Afro-American "Black Liberation Army" and the white, mostly Jewish, "Weathermen".

Here's the Wikipage on the robbery.

Clark is the woman who's apprehension is dramatised starting 11 minutes into the video.

The clemency that's been shown to Clark (and to the other white terrorists) contrasts to the very tough treatment that the US Justice System doles out to black offenders.

Well if the country was built by a bunch of white rich slave owners, what do you expect? The police were founded to catch run away slaves. So many aspects of the US legal and law enforcement system are based around protecting the propertied white folk, it's crazy.
"The great appear great because we are on our knees: Let us rise." James Larkin.
T

A lot of white people in New York aren't happy -


Clark hadn't had a deprived background; it was exactly the opposite.

Her father was a Daily Worker journalist, and as a child she had lived for some years in Moscow where her father had been based.
Liane Haid "Adieu, mein kleiner Gardeoffizier" 1930

Old Mr Grouser said:
The clemency that's been shown to Clark (and to the other white terrorists) contrasts to the very tough treatment that the US Justice System doles out to black offenders.

I was referring to white terrorists.

The Weathermen have all been given very easy rides.

Another one of them was Susan Rosenberg.

Like Judith Clark, she'd been born into a middle-class Jewish family and was a terrorist for the fun of it.

Her arrest, armed and in possession of 14 weapons and more than a quarter of a ton of high explosive, is dramatised 37 minutes into the video -


She only served 16 years of her 58-year sentence, being pardoned by that rat Bill Clinton in his last day in office.

35 years. An easy ride?
Had she done it here she'd have been out in 1988
"It is important therefore that I clarify to the House that in the first instance there are significant monies within Anglo-Irish to take the strain of loan losses arising over the next three or four years, before State support is engaged." Brian Lenihan 15/01/09

Alright. Let's do it.


Kommunist said:
Well if the country was built by a bunch of white rich slave owners, what do you expect?
Click to expand...

Some of it was built on the evil slave trade. But your unqualified statement doesn't bear up to any scrutiny. About 6% of the entire trans-Atlantic slave trade ended up in the USA. Most of it went to Spanish and French America. About 20% of slave owners were black, not white. The vast majority of Americans didn't even live in areas where slavery was legal. Of those that did, most of them weren't slave owners.


Kommunist said:
The police were founded to catch run away slaves. So many aspects of the US legal and law enforcement system are based around protecting the propertied white folk, it's crazy.
Click to expand...

Garbage.
"an intelligent, well-informed sparring partner for real debate" - Chris Alexander, Canada's Minister of Citizenship and Immigration from 2013 to 2015.

Truth.ie said:
She's 67 years old. She was supposed to be paroled when she was 106 years old.

Black and white, the Weathermen and the Black Liberation Army, were given similar sentences.

And they got what they deserved.

But the black men men haven't received clemency. And rightly.

But then a similar tough line should have been taken with regard to the white criminals.

Arthur Eckstein alleges that Bill Ayers, retired professor in the College of Education at the University of Illinois and a friend of Barak Obama, was the mastermind behind two failed Weathermen bomb-plots; one in New York was intended to kill to kill soldiers and their dates at a dance, and one in Detroit was intended to kill policemen.

The New York bomb exploded prematurely, killing three of the terrorists, and an informer gave warning of the Detroit bomb.

They've been designated as a white, privileged group and so can't classify anti-Semitism as oppressive.

Do try and keep up.
"What Michael Collins accepted in '22,De Valera accepted in'27 and Gerry Adams accepted in '98.Sooner or later they all come around to accepting the Treaty"
R 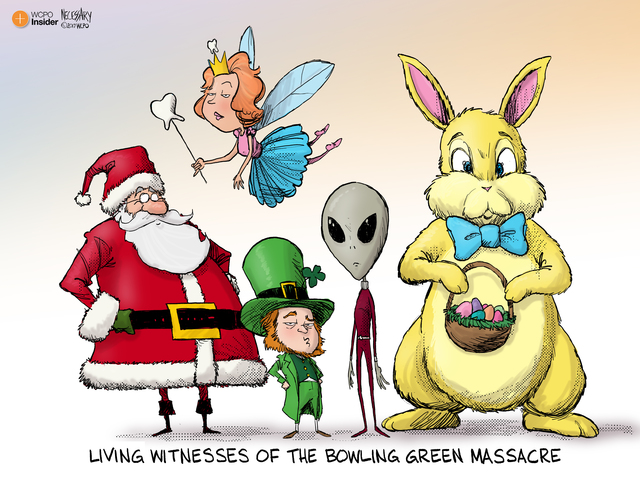 If you want to talk about the Weathermen, you should have put that in your OP - otherwise it is misleading.

My first reaction to "White US terrorism" was of course Timothy McVeigh and the Oklahoma bombing, which resulted in the greatest loss of life in one terrorist incident prior to 9/11. McVeigh paid for that with the death penalty, something he actively sought, but IMO, he was given far too much respect for his rightwing beliefs, even from someone like Gore Vidal, who should have known better.

McVeighs ramblings about the state and its relationship to the people were parsed and discussed in newspapers and magazines all over the US. There was a tone of ambivalence from intellectuals - was he in fact a hard-wired patriot who was acting out of a misguided sense of honour?

He was a murdering ba*stard, end of.

The Eagle of the Ninth said:
If you want to talk about the Weathermen, you should have put that in your OP - otherwise it is misleading.
...
Click to expand...

And look at the style of that 1981 Brinks robbery -


They were murdering bastards too, and they should have ended up in the electric chair; not in smart academic posts.
Liane Haid "Adieu, mein kleiner Gardeoffizier" 1930
You must log in or register to reply here.
Share:
Facebook Twitter Email